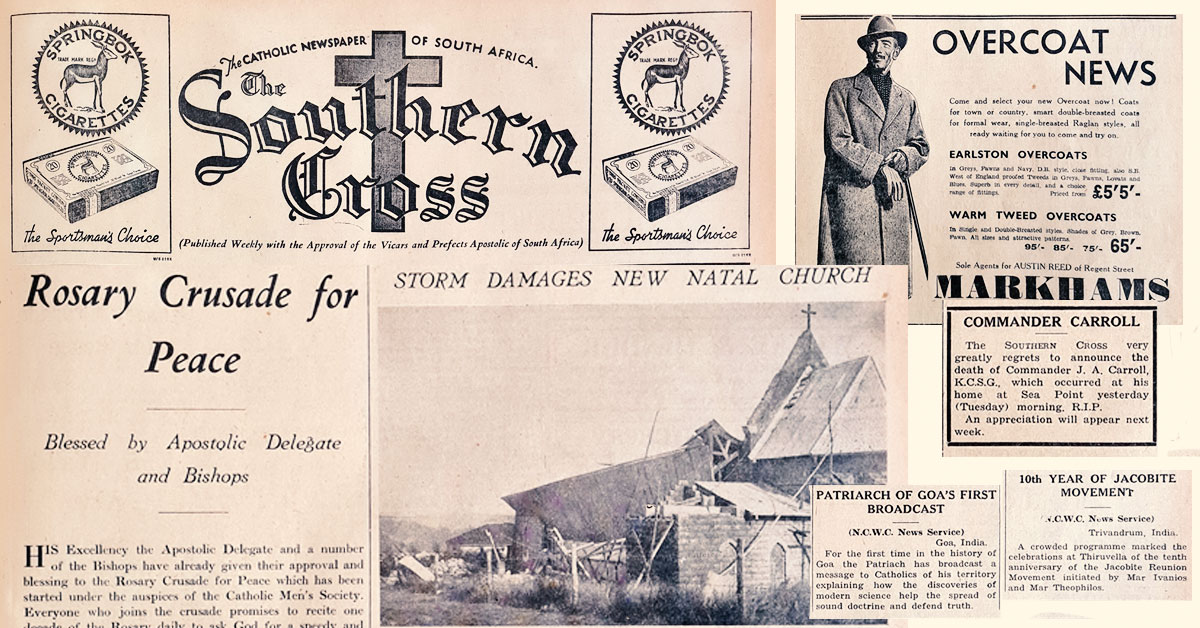 Rosary Crusade for Peace
The apostolic nuncio and various bishops have endorsed a “Rosary Crusade for Peace” which will begin on May 27 under the auspices of the Catholic Men’s Society. The various mysteries are allocated according to surname (for example, people whose surname starts with F, I or J pray the Second Sorrowful Mystery; those with S pray the Third Glorious Mystery).

Church damaged in storm
St Joseph’s mission church in Seven Oaks, Natal, was badly damaged in a storm, just as Fr Coppens OMI had almost completed the building of the church, presbytery and school there.

Don’t lock up Germans
In a commentary, The Southern Cross opposes the proposed internment of Germans, even those born here in South Africa. While the newspaper does not justify anybody’s “sympathy with the country with which the Union is at war”, there are also “many excellent institutions doing medical, educational and charitable [work] which would have to close down immediately” if German-born missionaries were interned.

Editorial: Lying, bestial Nazis
Nobody should be surprised by Nazi Germany’s invasion of the Netherlands and Belgium, with the usual “lying propaganda and bestial savagery”, writes Mgr John Colgan in his editorial. “Nothing that Hitler does or threatens to do shocks anyone,” he writes. When Pope Pius XII “spoke of [the swastika] as ‘that other cross’, he spoke as a prophet. These words will be headlines for historians”.