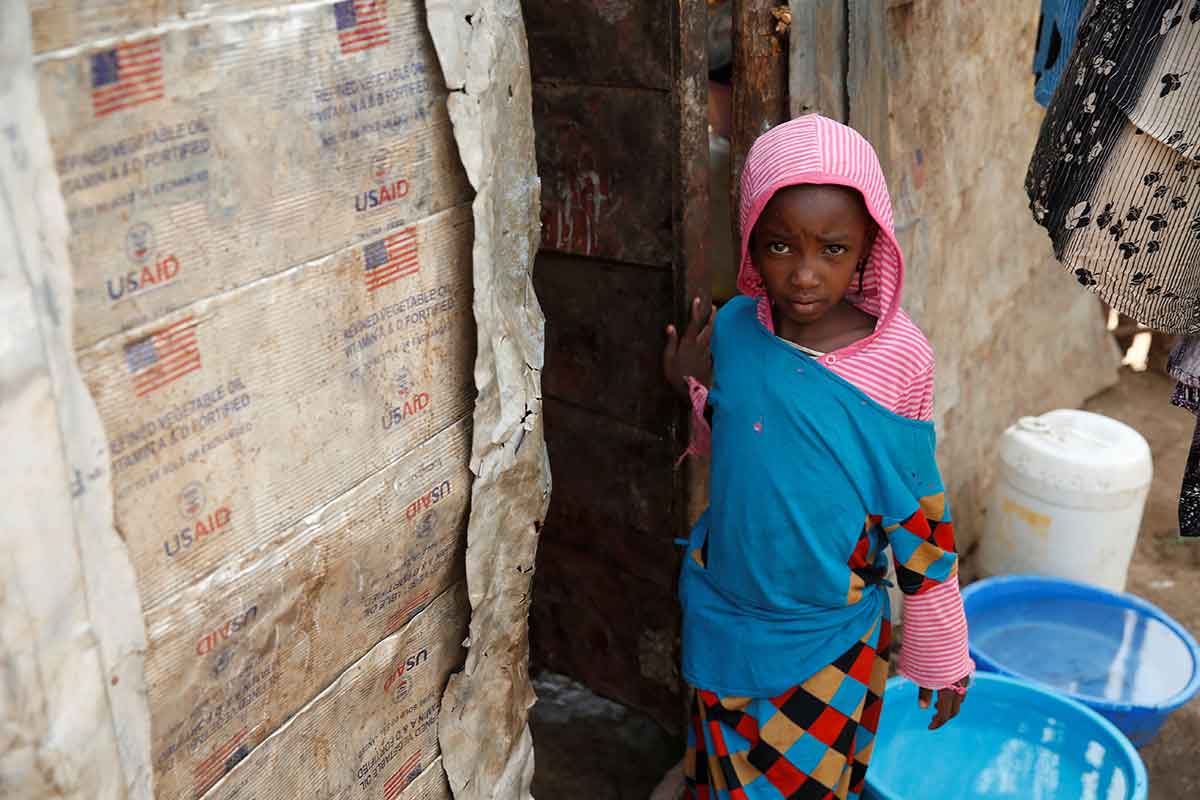 Governments must promote and support access to health services for refugees, Archbishop Buti Tlhagale of Johannesburg has said, “because we believe the right to health care derives from the concern for the inherent dignity of the human person, created in the image of God”.

Archbishop Tlhagale heads the Migrants and Refugees Office of the Southern African Catholic Bishops Conference (SACBC). He made his call in a statement issued for World Refugee Day 2021, which was observed on June 20.

He noted that in the past months of the Covid-19 pandemic, many countries and governments, especially the rich ones, have opted for a “citizens first” and “vaccine nationalism” approach.

“These selfish responses have displayed the deep-seated crisis of solidarity, or lack thereof, that prevails in our international political system and community,” Archbishop Tlhagale said.

He referred to Pope John Paul II definition of the virtue of solidarity as a firm and enduring commitment to the common good, that may often entail personal sacrifice by some members of the community to protect the basic rights of other, more vulnerable members (Sollicitudo Rei Socialis).

This lack of solidarity also included the “exclusion of refugees from Covid-19 responses and vaccinations”. This, he said, shows that “we still have not fully appreciated or understood the wisdom in the saying, ‘None of us is safe until we are all safe’.”

He endorsed this year’s World Refugee Day theme, “Together we heal”. “It is a theme that focuses on the power of inclusion regarding the access to health care, education and sport for refugees, Archbishop Tlhagale explained. The theme “not only encourages the integration of refugees into their host communities but also promotes the fundamental right to life through access to health care for everyone’s well-being and preservation of all life.

The SACBC Migrants and Refugees Office noted “with immense support” the UNHCR’s campaign to educate refugees “and encourages everyone to support this noble drive of restoring the dignity of refugees through access to education”. This is expressed in the world day’s second theme, “Together we learn”.

The Catholic Church has always valued education as an enabling tool for development and human dignity, Archbishop Tlhagale noted. “Already in 1965, Pope Paul VI in Gravissimum Educationis argued that all, regardless race, condition and age, have an inalienable right to an education because of the inherent dignity as human beings. It is in supporting access to education for refugees that they too can experience true development, independence and ultimately restoration of their human dignity,” he explained.

“As Church, we cannot overemphasise the need to promote access to education, including refugee children. We support the call by UNHCR for more scholarships and creation of education opportunities for displaced youth as well. We know that education, especially if delivered with ethical and moral values, not only develops intellectual faculties but also forms ability to judge rightly, foster a sense of values and prepare the young person for professional life, as argued by Pope Paul VI.

The late pope also noted that “lack of education is as serious as lack of food”, asserting that “literacy is the first and most basic tool for personal enrichment and social integration; and it is society’s most valuable tool for furthering development and economic progress”.

“We therefore encourage all receiving countries hosting refugees and the forcibly displaced not to impede but encourage access to education for refugees by putting into place the necessary legal framework and making sure that no one of the young people is left behind or denied education,” Archbishop Tlhagale said.

“Together we shine” is the third aspect of the World Refugee Day theme. It “endeavours to achieve integration of refugees into host communities through sport”, Archbishop Tlhagale explained.

“Many refugees arrive in their host communities having been through traumatic experiences from their homes, while fleeing the push factors and on their arrival at the borders. Many more continue to experience trauma in the host communities where they live,” he observed.

“The Church joins the UNHCR in calling for greater support for refugee sports programmes, primarily to facilitate healing, restoration of the violated intrinsic human dignity and self-confidence. She reminds us all through the words of Pope Francis that we are ‘called to go out into the streets of every existential periphery in order to heal wounds and to seek out the straying, without prejudice or fear, without proselytising, but ready to widen her tent to embrace everyone’,” Archbishop Tlhagale said.

The SACBC Migrants and Refugees Office, is however, seriously concerned that over the years many countries, especially countries with more resources, have “conveniently and egoistically neglected their responsibility of sharing in the burden of welcoming, offering protection and integrating refugees in their host communities”.

According to UNHCR, 86% of the more than 82 million refugees worldwide, are hosted in developing countries.

“We call upon all countries and nations to make their fair and just contribution in protecting and helping refugees relive their lives with dignity. We encourage all countries to play their ethical and moral role in the protection of refugees. Without their support, the lives of the 82,4 million forcibly displaced people will be forever shattered,” Archbishop Tlhagale said.