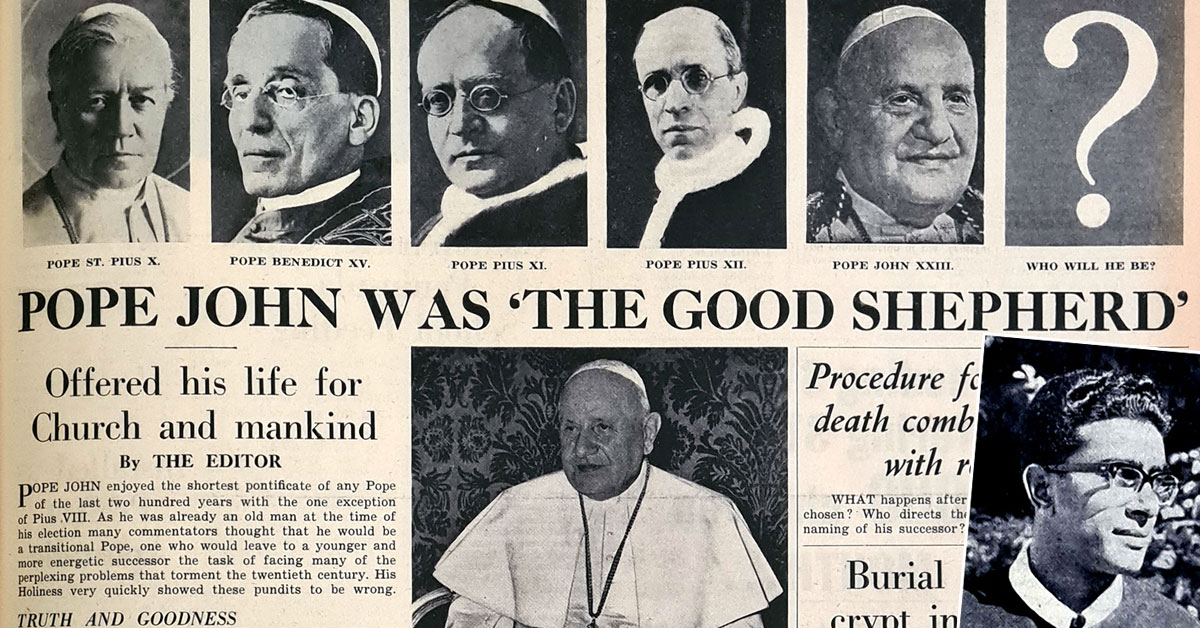 Pope John XXIII died on June 3 “like a saint”, according to Cardinal Augustin Bea, who visited the Holy Father on his deathbed. The last words of John XXIII, who was 81 and had been pope since 1958, were: “Into your hands, O Lord, I commend my spirit.” Tributes for the pope, who had called the ongoing Second Vatican Council, poured in from all over the world. Anglican Archbishop Michael Ramsey called the late pope “the great Christian of our times”. Pope John will be buried in St Peter’s basilica – not St John Lateran, as has been rumoured.

A series titled “S. Africans in Rome” reports on priests and seminarians studying in the Eternal City. This week, the focus is on Redemptorist Father Stephen Naidoo (right inset in picture), who was born in Durban, raised in Cape Town, and ordained in London in 1961. Fr Naidoo is studying canon law at the Angelicum University. [He died as archbishop of Cape Town on July 1, 1989.]

Criticism of the Church is the duty of every Catholic “who is fitted and competent” to make it, writes Fr Louis Stubbs in his editorial. Such criticism must be motivated by love of the Church and issued with humility and reverence, rather than “giving expression to some deep internal bitterness”.