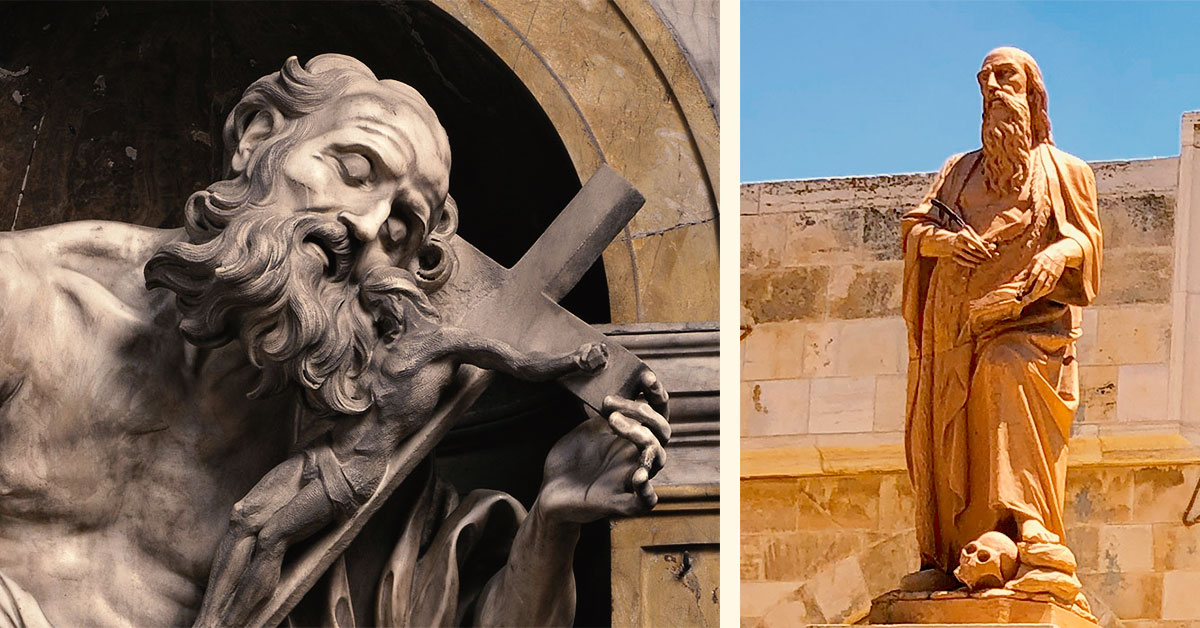 (Left) St Jerome, created by sculptor Bernini in Siena Cathedral, Tuscany, Italy. (Right)St Jerome in a monument in Bethlehem, Palestine, where he translated the Bible into Latin. This work is known as the “Vulgate”.

Question: I recently learned that the Latin which the people of ancient Rome spoke was different from classical Latin, and was called vulgate. Does that mean the Vulgate Bible was written in “street Latin” rather than classical Latin? And what kind of Latin is the Vatican using in its documents?

The “Vulgate” is the name given to the translation into Latin from Hebrew of the Bible done by St Jerome in the 4th century. There are various views on what “Vulgate” means. One possible interpretation — the one you raise — is that it was “common”, that is to say, not written in the elegant style of Cicero’s classical Latin. Indeed, a Renaissance cardinal reportedly refused to recite the Breviary in Latin, because it would do terrible things to his prose style!

Probably, though, and more likely, it refers to the fact that (eventually) it became accepted as the official Catholic version of the Bible. The Vulgate has a complex history, and scholars (and Church-people) have differing views on its status.

The role of Latin in the Church is a slightly puzzling one; presumably, the point of moving from one language to another is that the new language is more widely understood than the old. This happened, for example, in the 4th century BC, when Jews had to translate their Hebrew Scriptures into Greek, because they had forgotten their ancient tongue. Similarly, Jesus and his disciples originally spoke the Galilean dialect of Aramaic; but if the Gospel were to be preached around the Mediterranean, then the obvious language to use was Greek (even in Rome, oddly enough).

Eventually Latin took over as the more useful tongue; and indeed for a good many centuries, it performed a very useful function as a lingua franca, something that everyone could understand. That, of course, is no longer the case, and we tend to translate into more readily accessible vernacular languages.

The recently late Fr Reggie Foster, who was certainly the greatest Latinist in the Church of our day, once reportedly said that Latin was spoken better by prostitutes on street-corners in ancient Rome than it is by most of the officials in the Roman Curia. Sadly, that seems to be true. But the Church is forever renewing its languages in order to preach the Gospel.

This question was asked and answered in the  May, 2021 issue of The Southern Cross magazine