Cardinal Dolan: Advancing religious freedom is not just cause for believers 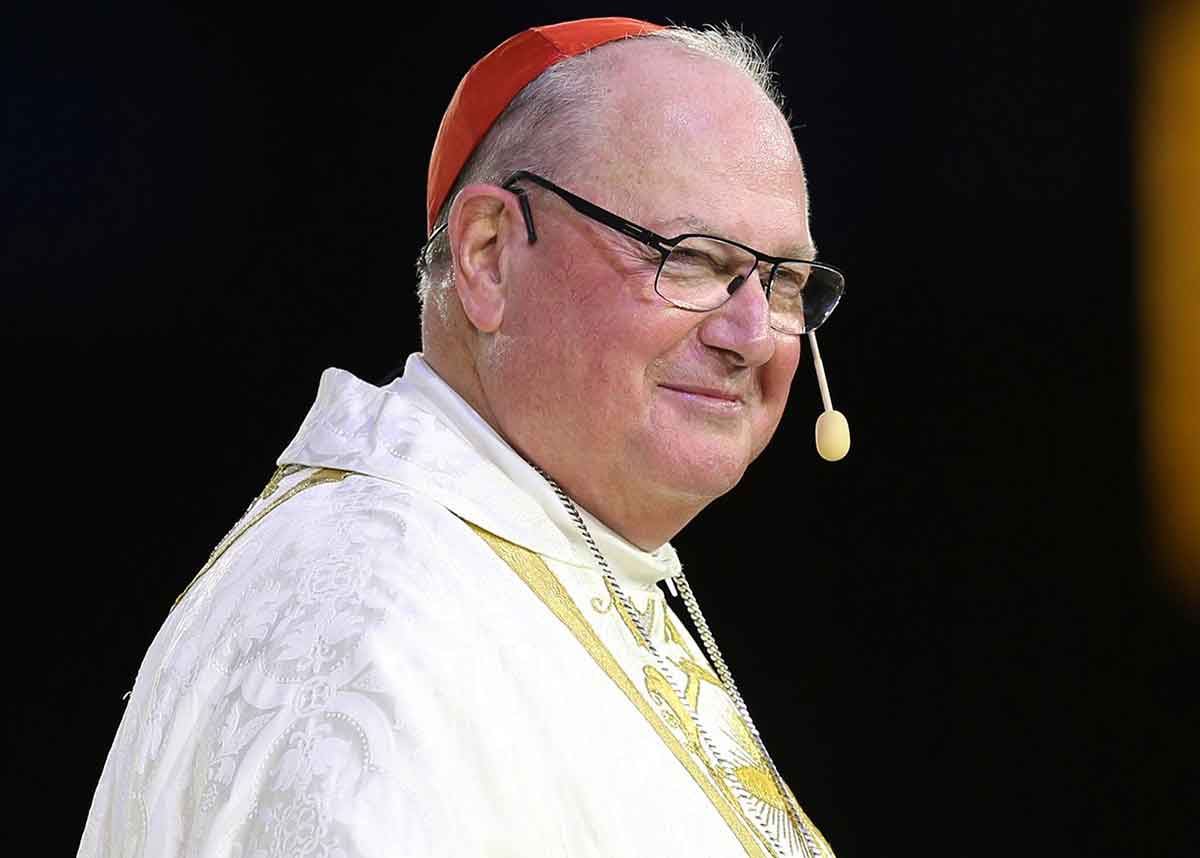 While it helps for him to be “a believer, a Catholic” to defend religious freedom, Cardinal Timothy M. Dolan of New York said there are many good secular reasons to assert the right to religious liberty.

“I’m passionately involved in the advocacy for religious freedom,” Cardinal Dolan said, “because I’m a rational human being and a committed American citizen.”

His advocacy, he added, is “driven by my belief that it is necessary for the protection of human dignity and for the flourishing of an enlightened common good.”

Speaking July 15 at the closing dinner of the International Religious Freedom Summit in Washington, Cardinal Dolan noted, “As James Madison put it, ‘The transcendent laws of nature and of nature’s God’ tell me this first of the four freedoms is natural, rational and critical to the human rights tradition.”

“Religious liberty is now rightly regarded as a human rights issue, not merely a creedal concern,” added the prelate, who is chairman of the U.S. Conference of Catholic Bishops’ Committee for Religious Liberty.

The distinction is important, Cardinal Dolan said. “Our enemies – and their name is legion – dismiss us as self-protecting, self-serving fanatics who simply want to protect our narrow privileges and rights while suffocating enlightened progress; it’s also essential because of the shrinking of the clout of religion in the public square.”

He said, “Our own government, while from the time of George Washington has seen the guarantee of religious freedom as a domestic priority and from the time at least of Woodrow Wilson as an international one, has now come to a heightened appreciation of how global affairs must often be understood through the lens of faith and reason.”

“As our government grows in its sensitivity to the faith dimension in international discourse, so will it in its recognition that protection of religious freedom is a crucial component of our foreign policy – and, I might add, domestic,” Cardinal Dolan said.

“Religion can inspire, encourage and foster hope in a world often thought desperate is a cause of optimism for us, as it keeps religion, and the insurance of its liberty, at the top of our agenda,” he said.

“To realize that,” he continued, “rare is the church, synagogue or mosque in this ‘one nation under God’ that does not often intercede for the preservation of our religious freedom, and for the liberties of persecuted believers, gives me hope.”

Cardinal Dolan, in his remarks, noted the voices of religious leaders in advocating religious freedom.

“The Second Vatican Council expressed it well: ‘The human person has a right to religious freedom … this right has its foundation in the very dignity of the human person as this dignity is known through the revealed word of God and by reason itself. … It is a civil right,'” he said.

He pointed to words of Pope Benedict XVI, in speaking before the United Nations: “If religious freedom erodes, gone is the guarantee of all our other liberties.”

He added, “As Pope Francis remarked last year, ‘How, then, do we undertake a journey of peace? How do we shatter the mentality of threats and fear? Only by pursuing a genuine fraternity built on our common origin from God, and exercised in dialogue and mutual trust. The desire for peace lies deep within the human heart, and this hope will eventually triumph!'”

Cardinal Dolan recounted the story of Cardinal Pio Laghi, “sent by Pope John Paul II to meet with ‘President George Bush II,’ to urge him not to invade Iraq, (who) left the Oval Office after what we now know was a futile attempt to change the president’s mind the reporters asked him, ‘Have you given up hope?’ To which the cardinal replied, ‘I’m in the business of hope. We will not give up.'”

But, there’s reason for hope, Cardinal Dolan said, noting the words of former Secretary of State John Kerry: “One of the most interesting challenges we face in global diplomacy is the need to fully understand and engage the great impact that a wide range of religious traditions have on world affairs. … We ignore the global impact of religion at our peril.”

Over 40 organizations joined in convening the International Religious Freedom Summit, held in person in the nation’s capital and online July 13-15. It featured prominent religious leaders and religious freedom advocates in a series of speeches, discussions and programs focusing on the vital need to protect religious freedom globally.

The U.S. Conference of Catholic Bishops’ Committee on International Justice and Peace was among the summit’s sponsors.

Co-chairing the summit are Sam Brownback, U.S. ambassador at large for international religious freedom from 2008 to 2021, and Katrina Lantos Swett, president of the Lantos Foundation for Human Rights and Justice.