Despite danger, Nigerian priest ministers to refugees of terrorism 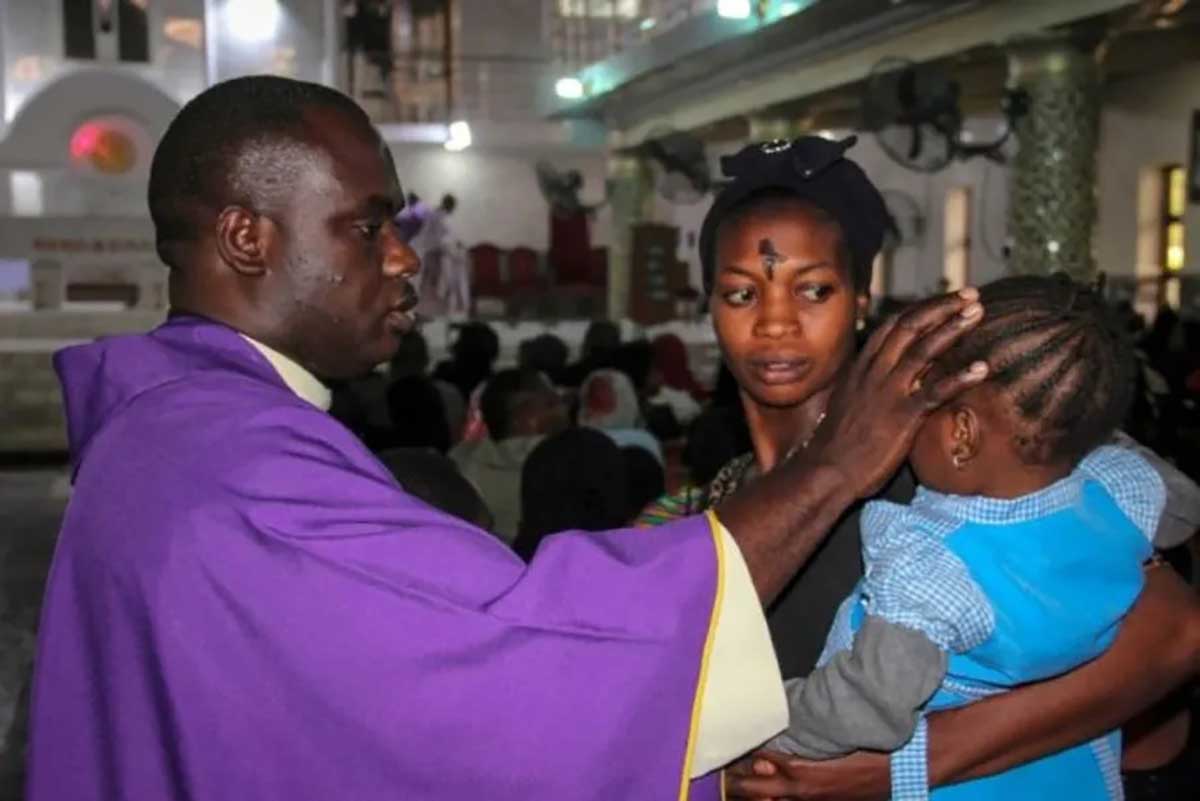 Father Joseph Bature Fidelis of the Diocese of Maiduguri is aware of the danger priests face from local Islamist terror groups.

“From the onset, when we chose to stay back with our people, we knew the danger of what it means to be a priest in such an area,” said Father Fidelis in an interview with CNA this week.

“So, at every time, you could be a target,” he said. “That has always been there.”

Fr Fidelis ministers to women in refugee camps who are victims of attacks by Boko Haram and the Islamic State West African Province (Iswap). He helps operate a diocesan trauma, healing, and vocational centre to help survivors of violence recover and pick up their lives.

“We want to be with our people, we want to be pastors to them, we want to work in their midst and accompany them,” he told CNA. “So, the morale has not gone down, and priests are still very active working in the midst of those people.”

Fr. Fidelis spoke with CNA at the International Religious Freedom Summit this week in Washington, D.C. The summit featured religious and civic leaders and survivors of religious persecution from around the world.

On Wednesday evening, Nigerian Bishop Matthew Hassan Kukah of Sokoto spoke of the scope of the problems in Nigeria – rampant violence against civilians, and government corruption – but he also expressed hope for the country’s future.

Members of the Islamic State West Africa Province and Boko Haram, Islamist terror groups operating out of a region that includes the country’s northeast, have targeted Christian villages and some Muslim civilians. Male villagers are often killed or abducted, while women have suffered rape or have been abducted as sex slaves.

There are nearly three million internally displaced persons in northeastern Nigeria, according to the UN.

Kidnapping of seminarians and priests have become commonplace as well. Fr Elijah Juma Wada of the Diocese of Maiduguri was recently abducted by suspected members of Boko Haram on June 30; after being held captive for nine days, he escaped and is safe.

At the trauma centre operated by the Diocese of Maiduguri, Fr. Fidelis said he tries to offer psychological healing to women who have witnessed violence or suffered torture. The centre has been supported by donations from the Catholic charity Aid to the Church in Need.

“They have watched horrible situations, violent murder. Some of them have even been sexually abused,” he said of trauma patients. Experts and trained lay counsellors “go out every day into those camps – the ones we can cover – be in their midst, raise awareness about the harm that this [violence] does,” he said.

The centre also provides vocational therapy for refugees, teaching practical skills such as tailoring, carpentry, and baking to provide victims of trauma with a sense of resiliency and normalcy.

“The work we do is beautiful,” Fr. Fidelis said. “In the midst of dark and gloom, there is light.”

To Christians in other countriess, he urged them to “cherish” freedom of religion.

In Nigeria, he said, “it’s sad that is the reality, that you are not too sure about travelling 120 miles or even 60 miles in safety.

“We should be talking about people living in peace, children going to school,” he said.

The agenda of Boko Haram and its offshoots is succeeding, he claimed. The name of the group, roughly translated, means “Western culture is forbidden,” and Fr. Fidelis argued that terrorists have succeeding in forcing the closure of schools out of security concerns.

“Can’t we see the bigger picture of what is happening, that Boko Haram is winning?” he said. “They want to persecute Christians and establish a caliphate. With the kidnappings in schools now,” he added, “can’t we see schools are closing?”

Some have claimed that the Islamic State West African Province and its splinter group Boko Haram attack villages because of a scarcity of resources driven by climate change.

“And I beg to differ seriously, about this narrative of climate change and resource control. There is an agenda, and it is Islamic,” Fr. Fidelis said.