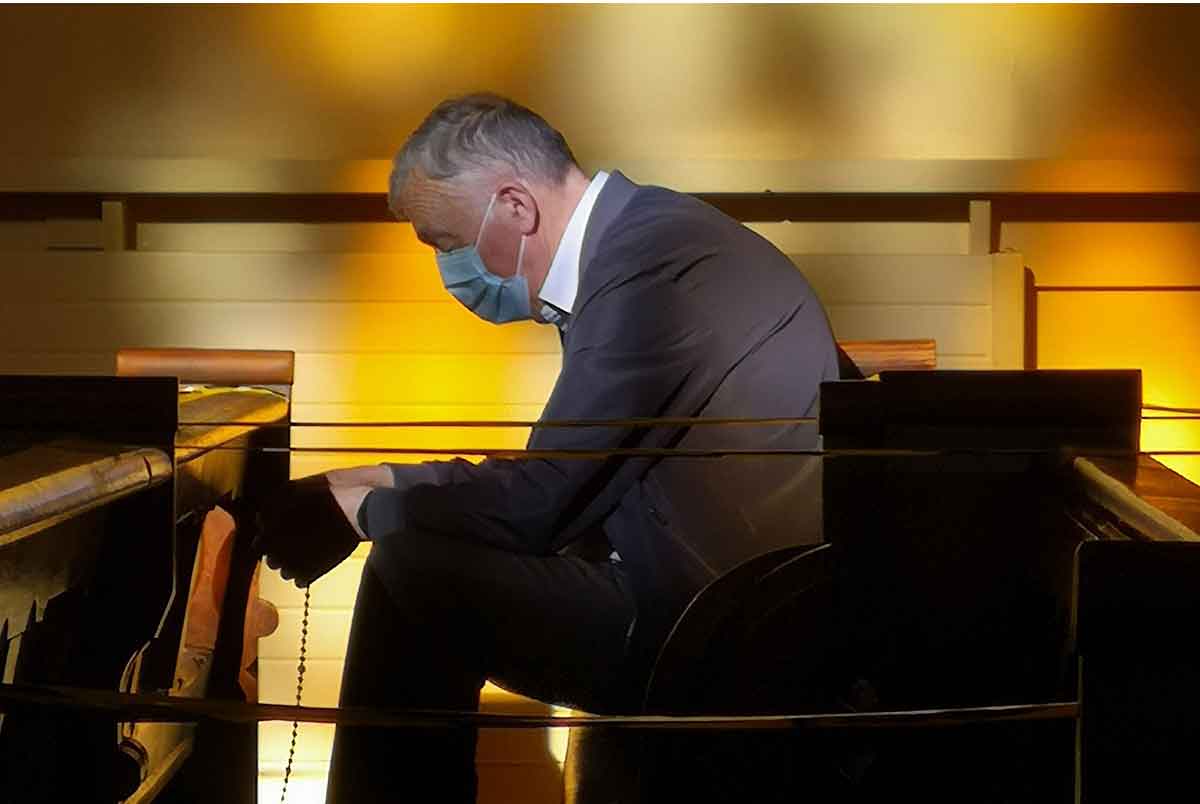 A man prays with a rosary before the start of Mass at Holy Trinity Church in Cork, Ireland, July 14, 2021. (CNS photo/Cilian Kelly)

European bishops called on the European Union to do more to protect religious freedom as part of efforts to strengthen the bloc’s role as a “global humanitarian, development, economic and peace actor.”

“Vulnerable religious communities are experiencing discrimination, intolerance and, in some cases, persecution as victims of genocide, crimes against humanity and war crimes,” the Brussels-based Commission of Bishops’ Conferences of the European Union said in a joint statement with the non-Catholic Conference of European Churches.

“The Union needs to pay particular attention to protecting and promoting freedom of religion or belief in the world — not only as a human right, but also as a strategic dimension of democratic freedom, conflict prevention, and a way to foster social peace, justice and reconciliation,” said the commission, known as COMECE.

The statement followed a July 15 online meeting of church representatives with the EU’s new Slovenian presidency, which took office July 1.

It said the EU should update its 2013 Guidelines on Religious Freedom, while “putting in place a mechanism” to reinforce them globally in line with “a new European strategic culture of peace.”

“Together, we represent the membership of around 380 million EU citizens, and we are strongly committed to develop the European project on the basis of the Christian ideals of justice, peace and the integrity of creation,” the statement added.

Church leaders repeatedly have called on the EU to link protection of religious rights to its aid and trade packages amid reports of worsening violations across the world.

In May, a new EU religious freedom envoy was appointed, two years after the post was allowed to lapse following the resignation of Jan Figel of Slovakia.

COMECE said it also wanted to see religious freedom fully restored within the EU itself in the wake of forced church closures despite a current resurgence in coronavirus cases.

It added that religious freedom remained “a matter for national authorities” in the 27 member-states, but was also affected by EU policies, which should now focus on “re-expanding freedom of worship to pre-pandemic standards.”

“Freedom of religion or belief needs to be promoted and protected in our European societies — we encourage the EU presidency to look at EU initiatives through this lens,” the commission said.

“Reopening policies should take into account the situation and needs of churches, both as actors that can facilitate recovery through their social actions, and as actors in need of recovery support.”

The statement said a “resilient and healthy Europe” should show greater concern for “hidden vulnerabilities” in EU societies, as well as ensuring a just distribution of vaccines.