Philippine weightlifter credits her Olympic success to her faith 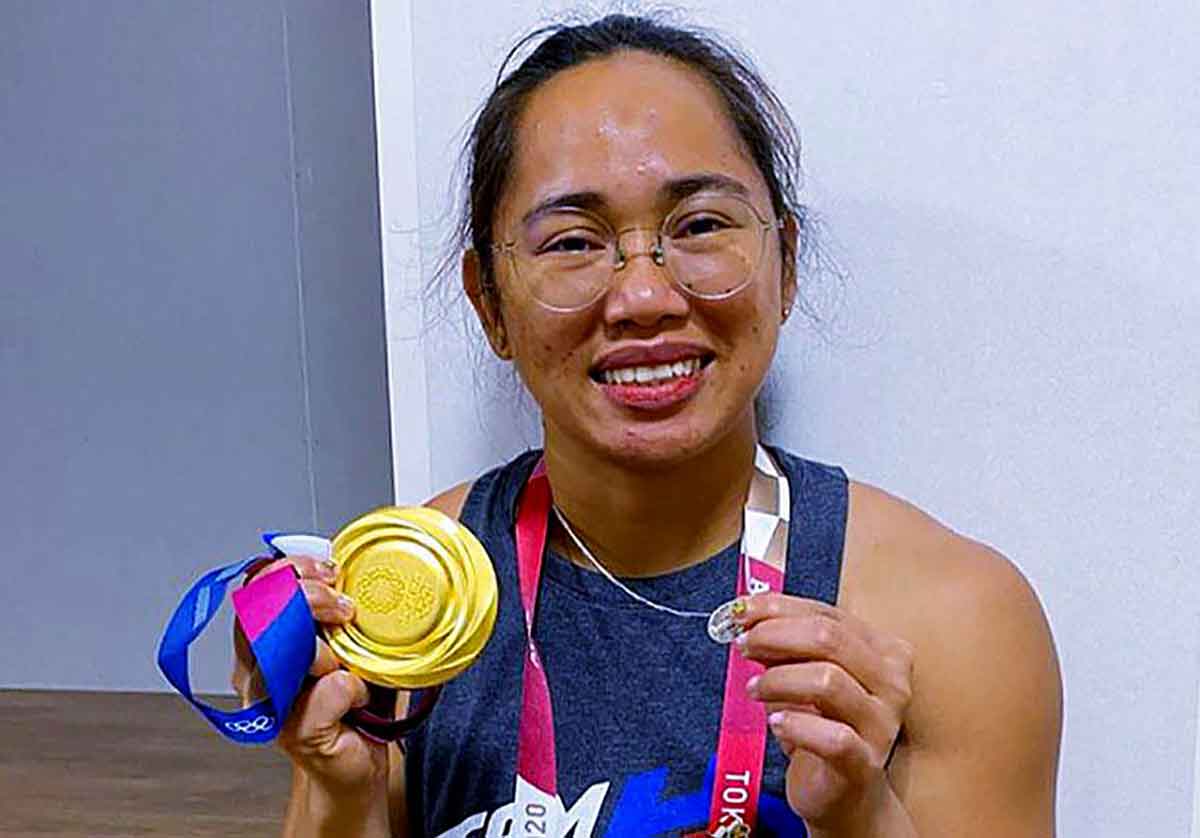 Hidilyn Diaz of the Philippines poses with her gold medal and Miraculous Medal after winning the gold in women’s weightlifting at the 2020 Tokyo Olympics on July 26, 2021. Diaz became the Philippines’ first Olympic gold medal winner and set an Olympic record. (CNS photo/Hidilyn Diaz, Instagram, via CBCP News)

Hidilyn Diaz became the Philippines’ first Olympic gold medal winner, set an Olympic record – and thanked her friends who prayed the Miraculous Medal novena. In a virtual news conference, the 30-year-old said she also prayed the novena and wore the medal.

After winning July 26, the four-time Olympian praised God and lifted up Our Lady’s Miraculous Medal from around her neck while repeatedly shouting “Thank You, Lord,” reported the Catholic Bishops’ Conference of the Philippines News. That gesture by Diaz went viral, CBCP News reported.

After her win in the women’s 55-kg weightlifting – she had an overall lift of 224 kilograms – she told the virtual news conference about the Miraculous Medal.

“It is a sign of … my faith to Mama Mary and Jesus Christ,” she said.

In a statement, Archbishop Romulo Valles of Davao congratulated Diaz on behalf of the Philippine bishops.

“Her victory was captured through many lenses, and in one of those photos was her holding the gold medal and wearing a Miraculous Medal of Our Lady on her chest. We admire her devotion to the Blessed Mother as she carried in her victory her great faith in God.

“Hidilyn is a true weightlifter who draws her strength from her love for the country and a deep Catholic faith,” the archbishop said. “Congratulations, Hidilyn! May the Lord continue to bless you with perseverance.”

Diaz is active on social media. On her Instagram, she posted a story with a text that read, “Thank you for praying!”

In a Jan. 29, 2020, Instagram post, she said, “I thank God for having a team who is there fighting and working together for one goal and one dream for the Philippines. We will grow together towards #Tokyo2020.”

Diaz was the fifth of six children in a family that lived near Zamboanga city on Mindanao. In a feature posted before the competition, olympics.com reported that, while still in school, she would go with her father to help sell vegetables and fish on the street or at the local market. Many nights rice mixed with soy sauce was all the family had to eat.

“Introduced to weightlifting by her cousin, Catalino Diaz Jr., the little girl who would become a national icon started lifting weights made from plastic pipes and homemade concrete weights cast in old tin cans,” reported olympics.com.” It said people who noticed her dedication and talent began to help.

“I’m just thankful to God that he gave me a chance to be a role model, for the youth to believe in the fact that Ate (a Tagalog term meaning “older sister”) Hidilyn is a fighter, fighting for her dreams,” she was quoted as saying. “Maybe God brought me here to inspire the youth to engage in sports and teach them the value of sports.”