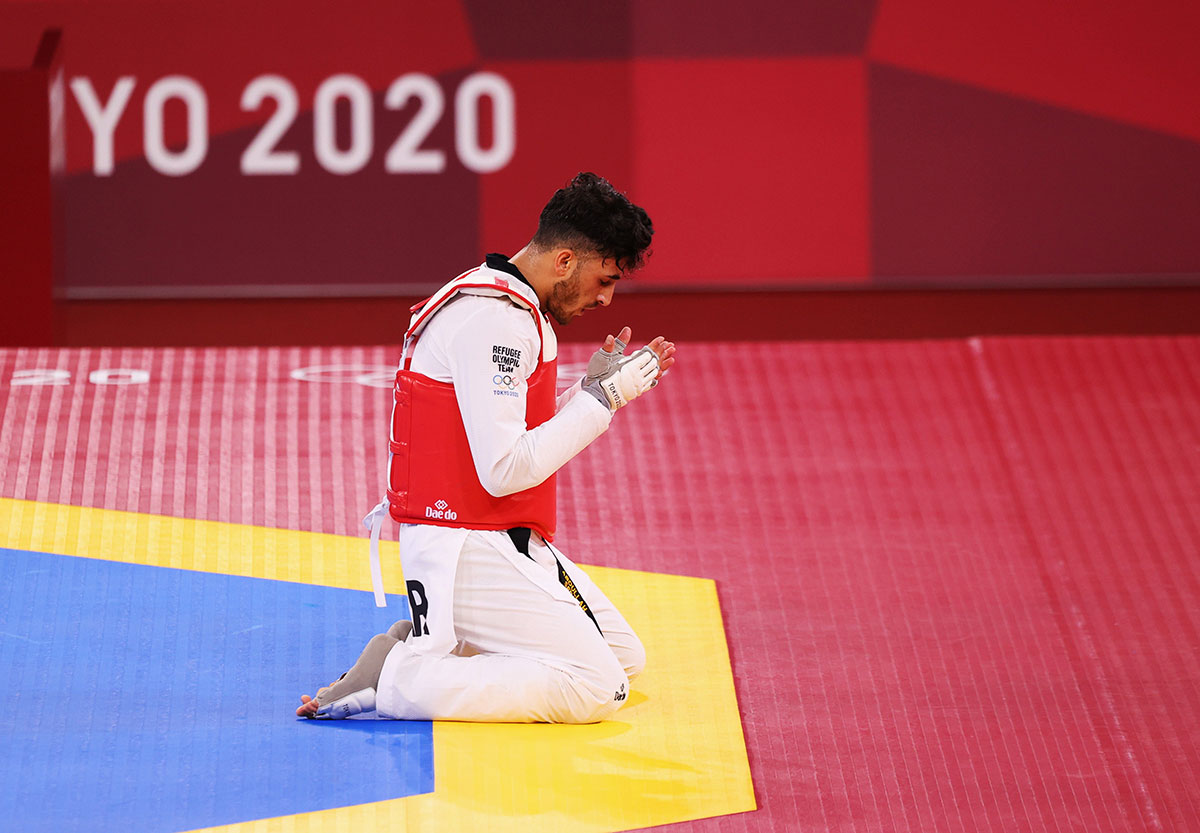 Abdullah Sediqi of the Refugee Olympic Team reacts after competing in the Taekwondo Men’s Featherweight in the 2020 Tokyo Olympics July 25, 2021. This year’s Refugee Olympic Team was made up of 29 athletes from a dozen countries who have been living and training in host countries. (CNS photo/Murad Sezer, Reuters)

By Carol Glatz – As thousands of athletes gathered for the Summer Olympic Games in Tokyo, Pope Francis gave them his blessing and extended it to those organising and supporting the events.

“In this time of pandemic, may these Games be a sign of hope, a sign of universal brotherhood marked by a healthy spirit of competition,” he said July 25, after praying the Angelus at the Vatican. He also tweeted the same message that day with the hashtag “Tokyo2020.”

“God bless the organisers, the athletes and all those who collaborate for this great festival of sport,” he said after the Angelus.

Many events were being held without spectators because of ongoing emergency health measures.

More than 11,600 athletes from 205 national Olympic committee teams and the IOC Refugee Olympic Team were participating in more than 330 events in 33 different sports.

The International Olympic Committee president, Thomas Bach, announced in 2015 that it would be creating a Refugee Olympic Team to take part in the games, starting with the Summer Games in Rio 2016.

This year’s Refugee Olympic Team was made up of 29 athletes from a dozen countries who have been living and training in host countries.