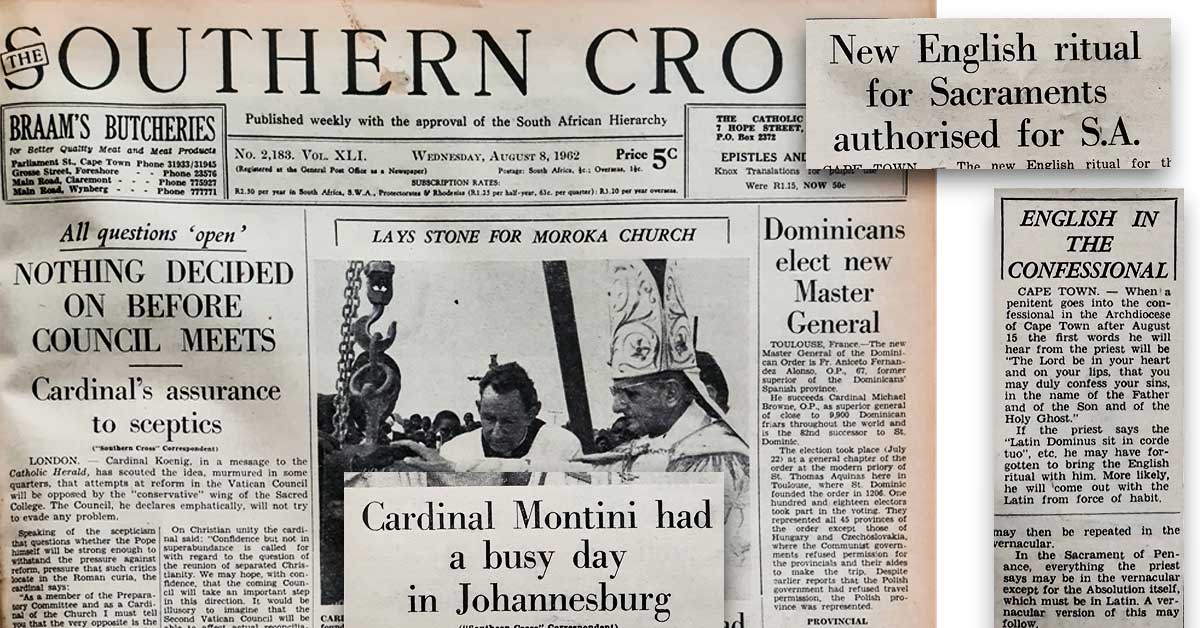 Visiting South Africa, Cardinal Giovanni Montini [the future Pope Paul VI] laid the foundation stone of Regina Mundi church in Moroka, Soweto. On his two-day visit, the archbishop of Milan visited various places in Johannesburg, Pretoria and Krugersdorp. He expressed particular appreciation for the work of the Companions of St Angela, a locally-founded congregation linked to the Ursulines. In Johannesburg’s Christ the King cathedral, he presided at Mass with 3000 lay people in attendance. Cardinal Montini also visited Southern Rhodesia [today’s Zimbabwe].

Commenting on talk that conservatives within the Roman curia will scupper attempts at reforms at the Second Vatican Council, Austrian Cardinal Franz König said his work on the preparatory committee assures him that nothing will be decided and all questions will be open when the council begins later in the year.

In his editorial, Fr Louis Stubbs argues with a view to the Second Vatican Council that the call for greater lay involvement in the running of the Church requires reality checks on all sides. Clergy will have to accept that the laity will have certain views “which, to be legitimate, need not necessarily be a mere reflection of the clerical view”. But, he adds, the laity “must fit into a Church which is not a democracy”. While both clergy and laity “have their places in the Church, the decision as to where these places are must rest with the hierarchy”.