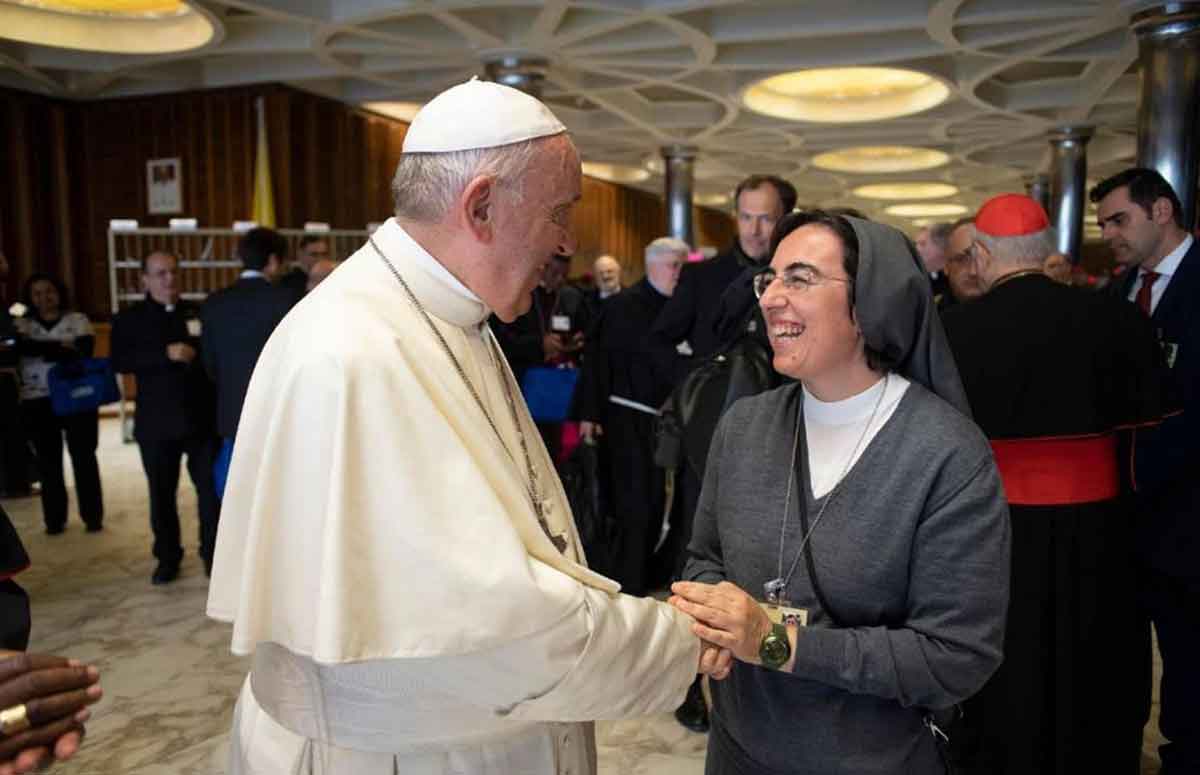 In a statement released on August 26, the Vatican said Sister Smerilli will also be a part of the management team of the Vatican’s Covid-19 Commission together with Cardinal Peter Turkson, prefect of the Dicastery for Promoting Integral Human Development, and Scalabrinian Father Fabio Baggio, undersecretary of the dicastery’s Migrants and Refugees Section.

The 46-year-old Italian is an economist and professor of economic policy, an adviser to the governing office of Vatican City State, and a consultant to the Synod of Bishops. Prior to her appointment, she served as undersecretary for faith and development at the dicastery.

In a statement released shortly after the announcement, Sister Smerilli said she was grateful to the pope “for the demanding task he has called me to take on” and expressed her hope that she would fulfil her duty in “a spirit of obedience to the church, with the humility, passion, creativity and ability to listen that it requires.”

“My desire and commitment is to serve the mission of the church in the best possible way, for as long as the pope sees fit,” she said, according to Vatican News Aug. 26.

While the Vatican gave no reason why Father Zampini was being replaced a little over a year after being appointed, the Argentine priest said in a statement that the commission “is ready to enter a new phase and in accordance with my bishop, I have asked Pope Francis to be allowed to return to my diocese.”

“I am grateful to the Holy Father for entrusting me with the challenging task of coordinating the Vatican Covid-19 Commission and serving as adjunct secretary of the dicastery,” Father Zampini said.

“I am confident that under the leadership of Sister Alessandra Smerilli, the commission will continue to chart a course for long term recovery that can help heal both people and the planet,” he said.