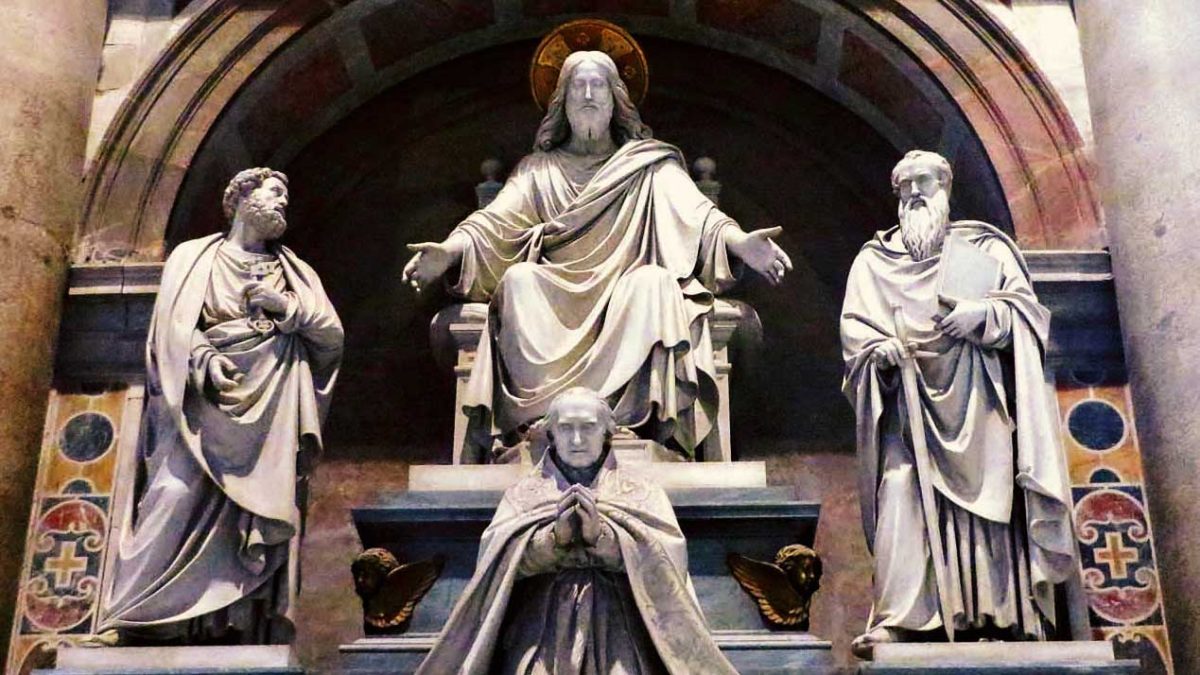 Pope’s Prayer Intention: Let us pray for the Church, that she may receive from the Holy Spirit the grace and strength to reform herself in the light of the Gospel.

There are many things that go wrong in the Church, but I suspect that the root of them all is what has been called “ecclesiolatry” — the tendency to worship the institution rather than the Lord who founded it.

Thankfully, the fact that the Church is of divine origin and the Holy Spirit is always at work in her enables her to reform herself. She is supposed to be “ecclesia semper reformanda”, a Church which is continually being reformed — but her members cannot be complacent since we, her members, are all too human.

History reminds us just how human. One could certainly argue that the Renaissance popes fell victim to ecclesiolatry. As monarchs of the Papal States as well as the successors of St Peter, they put the bulk of their efforts into nurturing the Church as a political and economic entity rather than as a vehicle for building the Kingdom of God. This example underlines the fact that those who work at the centre of the Church are not immune from the danger of ecclesiolatry.

Of course, all institutions face the danger that those who work in them forget what they are for and end up regarding them primarily as their meal ticket. We witness this all the time in the institution of government. The institution which is supposed to serve the people of a country becomes perceived by the civil servants and politicians who run it as their personal fiefdom. Hence, they make it into a golden calf, an idol representing their wealth and power.

The same happens in other institutions with the highest ideals, even some NGOs. Another is the free market economy which, ever since Adam Smith’s “invisible hand” metaphor, has been described in reverential, awed and semi-mystical terms.

How do we serve Christ?

However, there is something particularly shocking when churchmen are clearly more in awe of the institution than the one who established it. Or when they spend more time and energy serving the institution than they spend serving the Master. If a priest expends more time and energy collecting money than he spends in prayer and service of his parishioners, we might well say that he follows the money rather than the Lord.

Pope Francis might not put it so starkly, but I do believe that he is trying to encourage Catholics, especially Catholic clergy, to focus on worshipping and serving the risen Lord rather than the Roman Catholic Church and its fringe benefits.

The pope reminds us frequently that the reason we are Christians is to proclaim Christ. We are to convert people in the sense that they are converted to Jesus Christ. For many Catholics, however, the idea of conversion is that people become Roman Catholics, that they come to acknowledge the importance of Roman Catholicism. In that view, conversion is not so much a meeting with and commitment to the Lord but an acceptance of the institutional Church.

How to change? Maybe the institutional Church needs a “cannonball moment”. St Ignatius of Loyola, the founder of the Jesuits, was famously felled in battle by a French cannonball. During a long period of convalescence, he was forced to assess his life. (The Jesuits are celebrating the 500th anniversary of this event this year. Watch the video on St Ignatius and the cannonball.

The point here is that some of us need a cannonball to stop us in our tracks and make us think about our lives. Maybe the Covid pandemic has been this cannonball even for the Church, putting everything on hold, impoverishing us, often rendering us invisible and apparently irrelevant.

If so, the question is whether, like St Ignatius, the Church will emerge from our time of convalescence with greater insight and with a renewed desire to reform its life.

We pray that the indwelling Spirit will prompt us in this blessed direction.