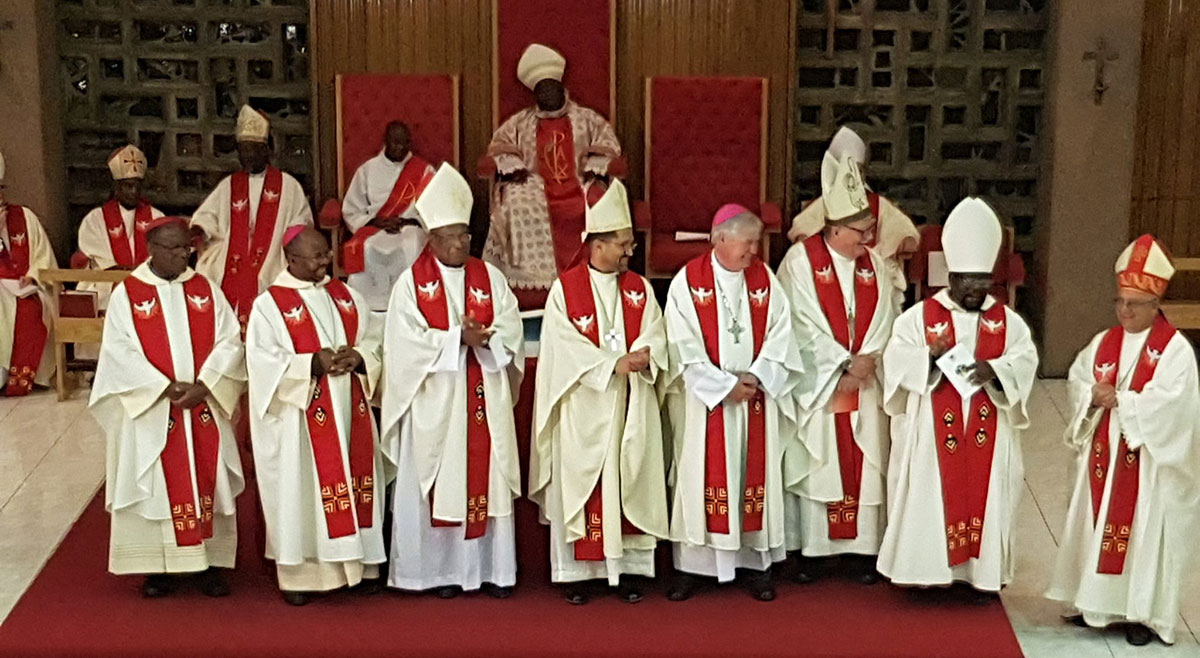 By SACBC -The bishops of the SACBC will have their second Plenary Session of 2021 starting on Monday the 2nd of August. Among the items to be discussed is the socio-political situations in eSwatini and South Africa. The SACBC had previously voiced their support for the Bishop and Diocese of Manzini through Imbisa saying they condemn the extrajudicial killings, indiscriminate arrests, abductions and torture. They called for a dialogue, reconciliation and a peaceful settlement as was the appeal of Pope Francis.

Regarding the riots in South Africa, the SACBC said, “We condemn in strong terms the glaring criminal elements that are taking advantage of this situation. We call upon individuals who are involved in vandalism and thuggery to give a thought to the livelihood of many people that they are jeopardising by destroying their places of employment.”

The South African Marriage Act and the PEPUDA will also be part of the discussions. Commenting on the Promotion of Equality and Prevention of Unfair Discrimination Act (PEPUDA) Bill on 17 June 2021, Advocate Nadene Badenhorst, legal counsel for Freedom of Religion in South Africa (FOR SA) lamented that, “Religious organisations will be expected to bring their doctrines and their internal workings in line with the bill, with the government being able to prescribe what equality and no unfair discrimination should look like in organisations. Religious organisations may well, in the name of equality have to accept members or appoint leaders or employees whose beliefs go against the organisation’s own convictions and believes.”

The South African Marriage Act, as was expected, sparked many debates as can be seen in the government’s green paper document gazetted 11 May 2021. The documents claims that various interest groups were consulted for comments, these included traditional leaders, religious leaders, civil and advocacy groups.  In the concluding observation the documents says, “Indeed, marriages in South Africa have a deeply religious and cultural dimension. For instance, certain stakeholders believe that marriage should only be between a man and a woman, in other words, marriage should be reserved for heterosexual couples.

On the other hand, there were stakeholders who had an inclusive understanding of marriage that incorporates same-sex couples and gender non-conformists. According to these stakeholders, marriage is an institution that should be made accessible to all, irrespective of gender.”  The roadmap for the bill was initially planned as follows:

In this Plenary Session bishops will elect their Troika (The President, 1st Vice-President, and 2nd Vice-President of SACBC). The term of the three that will be elected will begin only in January 2022.

The meeting will take place online owing to restrictions and challenges posed by the Covid-19 pandemic. This is the second time that the Plenary Session is taking place online, the previous one also was online. The meeting will end on the 7th of August 2021.