What’s behind rumours that Pope Francis will resign? 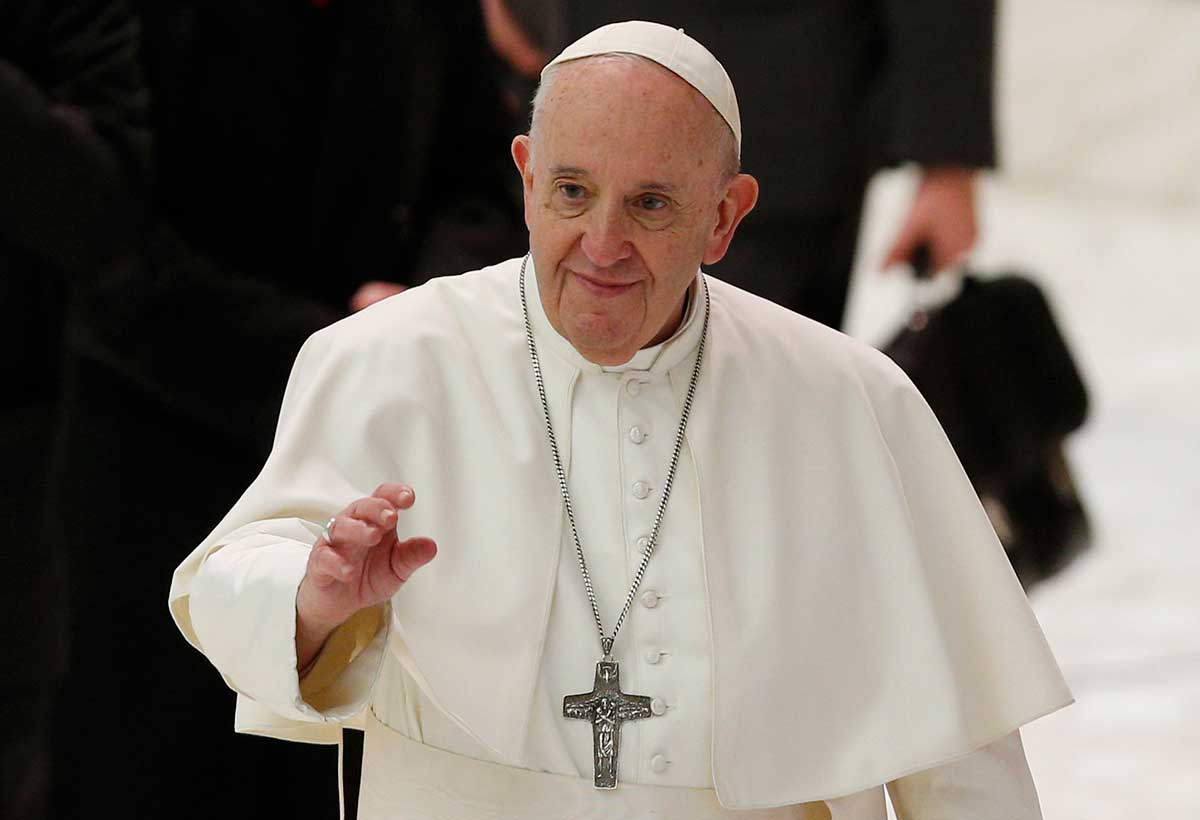 Pope Francis greets the crowd during his general audience in the Paul VI hall at the Vatican. (CNS photo/Paul Haring)

Some sources in the Vatican continue to believe that these scenarios are possible, especially since they seem intertwined: The rumours on Pope Francis’ resignation are born of the rumours of a possible document on the status of the Pope Emeritus, which also prompts a discussion on an eventual conclave.

Despite ongoing rumours, there is no confirmation that Pope Francis is drafting a document that defines the role and tasks of a Pope Emeritus. Nor are there any signs that Pope Francis may soon give up the Petrine ministry, as Benedict XVI did before him.

If a document on the role and functions of the Pope Emeritus is under study, it is a closely held secret. A reliable Vatican source says that such an undertaking cannot be ruled out because of the possibility that the Pope is drafting the document personally and that he will submit it to the offices responsible for publication only once the draft is completed.

The pressures to better define the status of a Pope Emeritus began some time ago. At one point, the theologian Andrea Grillo even went as far as to ask for an “institutional death” to be established for a Pope Emeritus, lamenting the continuous declarations of Benedict XVI, which, according to him, were “interference.”

The need to better regulate the figure of a Pope Emeritus has come from circles that believed themselves to be supporters of Pope Francis and were concerned that Benedict XVI’s public declaration could create confusion surrounding Francis’ authority. This group was especially critical when Archbishop Georg Gaenswein, private secretary of Benedict XVI, described the current situation as “exceptional,” because of what he described as an “active pontificate” and a “contemplative” one.

Benedict XVI decided not to legislate on what his role would be after his resignation. But he decided to continue wearing the white cassock and taking “Pope Emeritus” as a title. This differed from the traditional idea that a Pope would return to being a cardinal once he renounces the pontificate. Pius XII, who left a letter of resignation if the Nazis implemented the plan to kidnap him, thought so. “When they arrive, they will take Cardinal Pacelli, and not Pope Pius XII,” he is supposed to have said.

According to Italian theologian Giovanni Cavalcoli, Benedict XVI continued to wear white because he considered the papacy a second episcopal ordination. Bishops emeritus, in the end, keep their emblems and titles. The same is with the Pope Emeritus, according to this interpretation.

In this way, Benedict XVI also made sure not to influence the conclave that would have chosen a successor. A cardinal, albeit a former pope, could participate in the pre-conclave meetings of the cardinals and, therefore, direct a successor’s choice. Benedict XVI never did that.

What Pope Francis will do remains a mystery. Until now, Pope Francis has never wanted to define the figure of Pope Emeritus from a juridical point of view. However, he had maintained a cordial relationship with Benedict XVI and has always consented when the Pope Emeritus asked for the possibility of expressing himself. In one of his first interviews with him in 2014, he said that “the Pope Emeritus is not a statue and takes part in the life of the Church.”

Why, then, is the idea of institutionalising the figure of Pope Emeritus coming forward now?

There seem to be various reasons. The first concerns the health of Pope Francis. After his surgery July 4, the Pope did appear vigorous and quite active in the general audiences and the August Angelus. Additionally, he is preparing a fairly taxing journey to Budapest and Slovakia. Even so, rumours of the Pope possibly having a “degenerative” and “chronic” disease (in the words of the usually well-informed site Il Sismografo) have accelerated discussions about the nature of the next conclave.

The push for a reform of the conclave rules began from pro-Francis authors. First, Alberto Melloni and then Massimo Faggioli argued in favor of a conclave with a prolonged isolation of the cardinals, right from the pre-conclave meetings, which happen semi-publicly for a week before secret proceedings at the Sistine Chapel. Both also argued for a period of time between the pronouncement of the elected and his acceptance so that the elected Pope can be scrutinized for “skeletons in the closet” that could damage his pontificate.

Then there is an ongoing legal discussion regarding what some experts believe to be critical shortcomings. Italian professor of Canon Law at the University of Bologna Geraldina Boni drafted a study on this subject.

Boni, in her study, which has been discussed in Vatican circles, presents “the reasons for the need and urgency of an intervention from the supreme legislator of the Church (the Pope) in order to fill two legal gaps: ”the regulations of the Apostolic See when the Pope cannot exercise, temporarily or permanently, his office because of “an irreversible impediment,” and the regulations of the “juridical status of a Roman pontiff who resigned from his office.”

In short: what to do when a Pope has a disease that affects his intellect and his will? And what is the status of the Pope Emeritus?

Growing conversations about Boni’s essay led to rumours of Pope Francis’ resignation. The logic is this: If we have begun to discuss the status of the Pope Emeritus, then it means that the Pope wants to resign.

The fact is that there have never been any signs that Pope Francis wants to give up. Francis told Nelson Castro, in an interview in the book “La Salud de los Papas” (“The Health of the Popes”), that he sees himself dying “as Pope, or in office or emeritus.”

According to an Argentine priest who has known Pope Francis since his days in Buenos Aires, “there is only one reason why Pope Francis would resign: so that he can influence the process to choose his successor.”

It is a somewhat harsh reading of Pope Francis’ personality. However, if the supposedly new rules establish that the Pope Emeritus falls in the ranks of the cardinals, his presence in the pre-conclave general congregations could certainly influence the choice of his fellow cardinals.

How much of all this is gossip, and how much is true? First, it is true that the Pope’s health has suffered a severe blow and that Pope Francis himself has begun to speed up some decisions in case something happens.

Vatican sources told CNA that they now expect a very rapid closure of the seemingly never-ending process of the reform of the Curia, which could happen between the end of September and the beginning of October; a new consistory for the creation of 5 or 6 new cardinals at the beginning of October; and then a “series of decisions with harsh tones,” similar to the publication of Traditionis Custodes.

According to one source, “no one expects the Pope to die or resign anytime soon. But everyone is preparing not to be taken by surprise when it happens.”