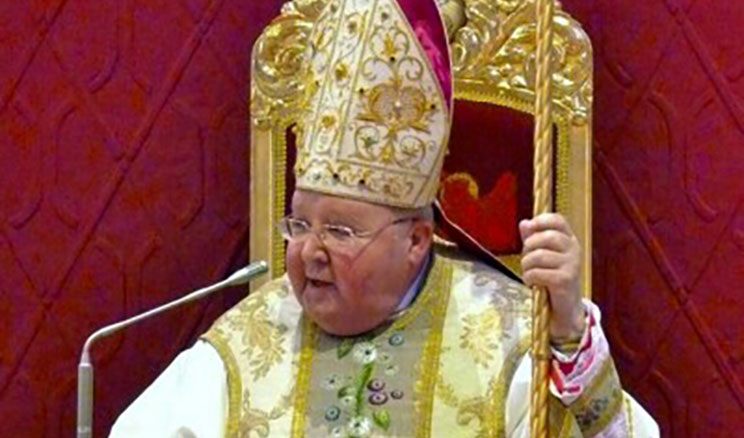 Archbishop Wolfgang Haas of Vaduz, Liechtenstein has said that his archdiocese won’t take part in the two-year global synodal process, saying that it would run “the risk of becoming ideological.”

“I am of the opinion that in our small archdiocese it is possible for good reasons to refrain from carrying out such a complex and sometimes even complicated procedure, which in our parts runs the risk of becoming ideological,” the 73-year-old archbishop wrote.

The archdiocese is based in the capital of Liechtenstein, a German-speaking microstate located in the Alps between Austria and Switzerland. The wealthy tax haven, which is smaller than Washington, D.C., has a population of 38,000 people, around 73% of whom are Catholic.

Haas, who was born in Vaduz, previously served as bishop of the Swiss diocese of Chur. Amid internal tensions, he was appointed in 1997 as the first archbishop of Vaduz, which was previously part of the Chur diocese.

The archdiocese, which encompasses the whole Principality of Liechtenstein and whose website lists just 12 parishes, does not belong to a national bishops’ conference and has no suffragan sees.

Explaining why he felt that the archdiocese did not need to take part in the global process, Haas said: “On the one hand, the close relationships in our parishes allow for quick and uncomplicated mutual contact between pastors and laity, so that an intellectual and spiritual exchange has always been, and still is, possible.”

“All those who wish to do so can enter into dialogue with one another, listen to one another, and maintain personal communication about suggestions, wishes, and ideas in everyday Church life.”

“In parish and church councils, as well as in school, social, and charitable institutions and in educational establishments, there are constant relationships among interested people in which a responsible, tactful, sensitive interaction can take place.”

He went on: “On the other hand, it is true anyway that consultations take place on different levels, namely also on the diocesan level, although at present — due to the pandemic — not everything is possible through personal encounters.”

“Those who wish to express in writing their wishes, concerns, and suggestions for the shaping of ecclesial life in our diocese can still do so by contacting the archbishop or the vicar general’s office directly.”

The Vatican announced in May that the synod on synodality would open with a diocesan phase lasting from October 2021 to April 2022.

A second, continental phase will take place from September 2022 to March 2023.

The third, universal phase will begin with the XVI Ordinary General Assembly of the Synod of Bishops, dedicated to the theme “For a Synodal Church: Communion, Participation, and Mission,” at the Vatican in October 2023.

Pope Francis formally launched the process at a Mass in St Peter’s Basilica on Oct. 10 with a call to “look others in the eye and listen to what they have to say.”

Referring to a handbook released by the Vatican last month to help guide the process leading to the 2023 synod on synodality, the archbishop said: “In the vademecum for the synod on synodality as an official manual for the deliberations in the local churches, the main task of the bishop is seen in listening, not in great discussions and long debates. It is about listening to what the Holy Spirit wants to tell us.”

“This listening presupposes our prayer for the spiritual gift of discernment. Above all, I would like to encourage prayer for this special gift and ask God’s blessing on everyone.”