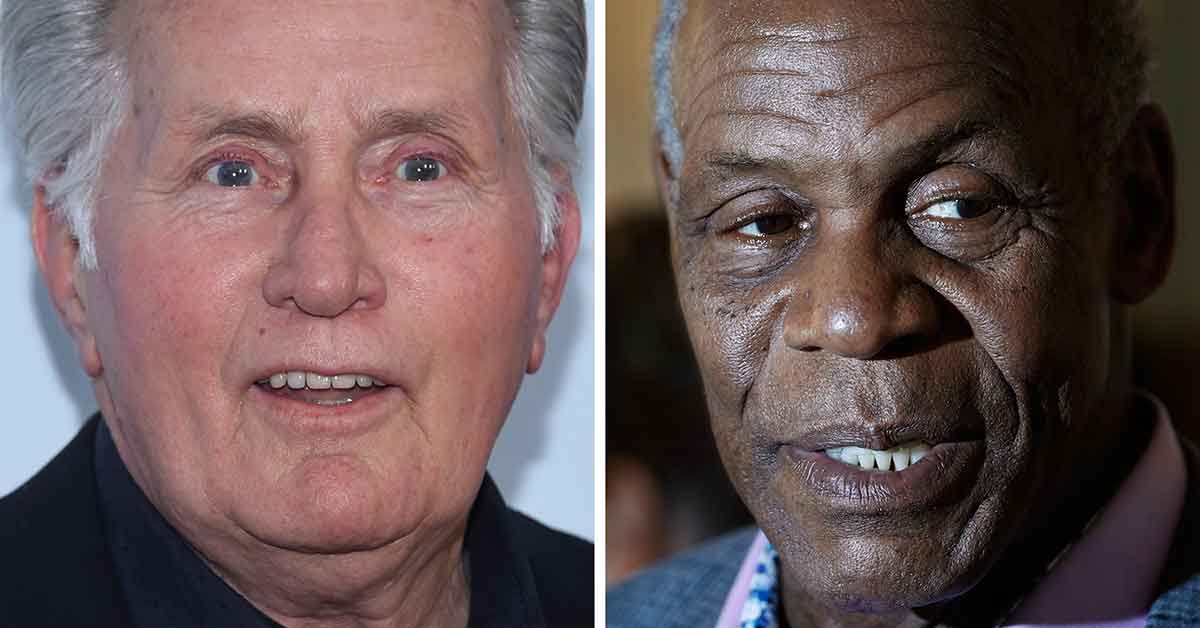 Actors Martin Sheen and Danny Glover are seen in this composite photo. On Oct. 13, 2021, Sheen was a presenter of the Institute for Policy Studies’ 45th annual Letelier-Moffitt Human Rights Domestic Award to the Torture Abolition and Survivors Support Coalition International. Glover is a board member of the Washington-based institute. (CNS composite; Phil McCarten, Reuters, and Mark Blinch, Reuters)

The Institute for Policy Studies honoured an international coalition founded by an Ursuline sister to support and uplift torture survivors and advocate for a global end to the practice of torture.

The award recognized TASSC International for its ongoing work but also for the leadership of its late founder, Ursuline Sister Dianna Ortiz, who died Feb. 19 after a second bout with cancer. She was 62.

“Hundreds of torture survivors who receive services from TASSC and who call TASSC their second home, appreciate this award,” said Léonce Byimana, the organization’s executive director.

“Following the example of Sister Dianna Ortiz,” Byimana continued, “many victims and survivors have turned their suffering and oppression into strength and drive to speak out against torture and seek justice, not only for themselves but also for other torture survivors around the world.”

Sister Ortiz was teaching Indigenous children as a missionary in Guatemala in 1989 when her ministry was torn apart in the midst of the country’s brutal civil war.

Guatemalan soldiers abducted her from a garden Nov. 2 of that year, detaining her for 30 hours. She reported being gang raped and tortured repeatedly until she escaped.

Returning to the United States, Sister Ortiz became a human rights advocate and peacemaker and was a visible presence of nonviolence at vigils and marches in the nation’s capital.

In the years following her ordeal in Guatemala, Sister Ortiz challenged U.S. policy in the Central American country. She petitioned the government for files regarding her case and even conducted a bread-and-water only fast in Lafayette Park across from the White House in 1996.

Later that year, following the fast, other protests and revelations of unauthorised CIA funding of the Guatemalan military, which Congress prohibited in 1990, President Bill Clinton ordered the release of documents related to her case.

She founded TASSC in Washington in 1998 to bring together survivors of torture, their family members and other supporters to work toward the end of inhumane treatment of people.

Sister Ortiz was deputy director of Pax Christi USA from 2010 to 2012. She served with the Washington-based Center of Concern on its Education for Justice Project from 2012 to 2018 before returning to Pax Christi USA.

In her remarks, Byimana thanked everyone involved in the rehabilitation of torture survivors and other victims of different types of abuses.

“I thank clinicians, lawyers, career developers, case managers, and all the torture survivors, activists and human rights defenders around the world who are working hard to rehabilitate and ensure that human right abusers are held accountable,” she added.

The 45th annual Letelier-Moffitt Human Rights International Award went to the Black Fraternal Organization of Honduras, known by its Spanish initials as OFRANEH, for its work “to demand justice, self-determination and freedom from persecution for the Garífuna people and all Hondurans.”

Opal Tometi, co-founder of Black Lives Matter, presented the award to the organisation, which has been a leading voice for the Garífuna people in Honduras since 1978.

The Garífuna are both Indigenous and Afro-descendent and their ancestral territory in Honduras is principally along the northern coast and under constant threat from African palm plantations, Canadian and U.S. tourist operations, mining, energy projects and drug trafficking.

“In the last two years alone, more than 40 Garífuna have been murdered and a large number of others have fled their communities due to threats, criminalization and persecution,” she said.

Each year the Institute for Policy Studies, which counts actor Danny Glover among its board members, honours individuals and organizations who embody the spirit and the legacy of human rights champions Orlando Letelier and Ronni Karpen Moffitt. The two were assassinated by a car bomb in 1976 on the orders of Chilean dictator Augusto Pinochet.