Pope: Jesus is the Source of Truth that Sets People Free 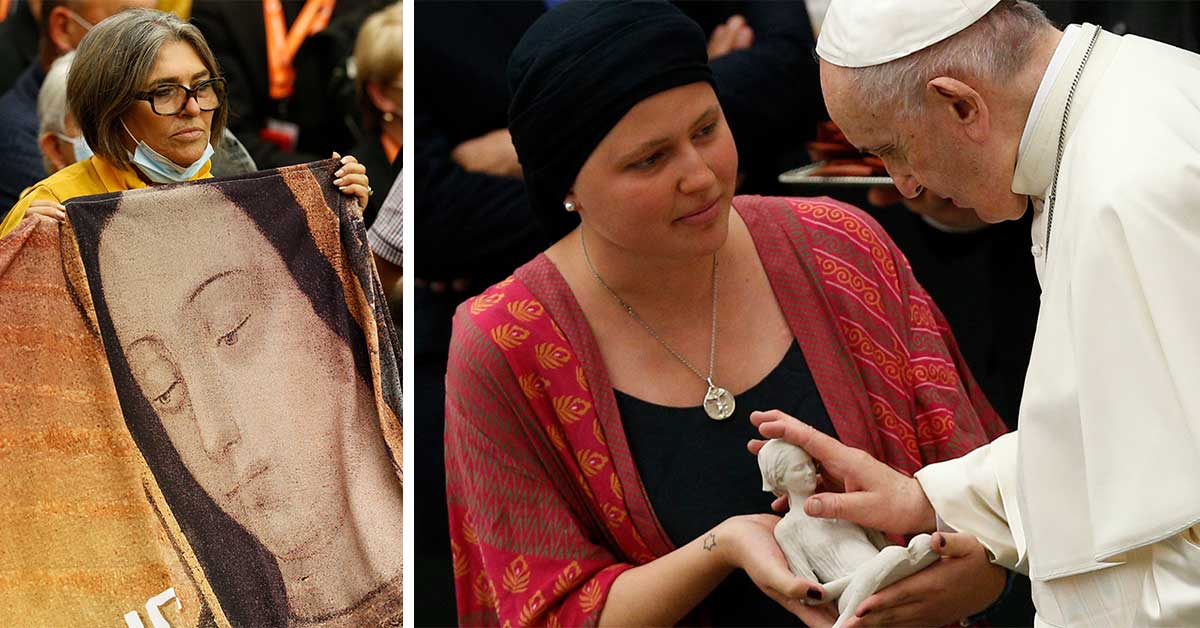 By Carol Glatz –  By remaining in Jesus, Christians are free because his truth transforms their lives and guides them away from the slavery of sin toward what is good, Pope Francis said.

“The call is above all to remain in Jesus, the source of truth who makes us free,” the pope said Oct. 6 during his weekly general audience.

“Christian freedom, therefore, is founded on two fundamental pillars: first, the grace of the Lord Jesus; second, the truth that Christ reveals to us and which is he himself,” he said.

The pope continued his series of talks on St Paul’s Letter to the Galatians by looking at the apostle’s struggle to convince people of their freedom in Christ and of the need to resist becoming slaves of the law.

“The apostle could not bear that those Christians, after having known and accepted the truth of Christ, allowed themselves to be attracted to deceptive proposals,” he said. They moved “from the liberating presence of Jesus to slavery, to sin, to legalism and so forth. Even today, legalism is one of our problems for so many Christians who take refuge in legalism, in sophistry.”

As the Gospel of John explained, Jesus pointed the way to Christian freedom, saying, “If you remain in my word, you will truly be my disciples, and you will know the truth, and the truth will set you free.”

St Paul continues that teaching, saying people are called to “remain in Jesus, the source of truth who makes us free,” the pope said.

Christian freedom is founded on the grace of the Lord as it is “a gift which was given to us in baptism,” he said.

It is a “mystery of love,” he said, that “we are free from slavery to sin by the cross of Christ. Right there, where Jesus allowed himself to be nailed, making himself a slave, God placed the source of the liberation of the human person.”

Therefore, a Christian “should be free and is called not to return to being a slave of precepts and strange things,” he said.

Freedom is built on truth, he said, and “the truth of faith is not an abstract theory, but the reality of the living Christ, who touches the daily and overall meaning of personal life.”

“Freedom makes free to the extent to which it transforms a person’s life and directs it toward the good,” he said. This is why “truth must disturb us” and make a person feel restless.

“Restlessness is a sign that the Holy Spirit is working inside us, and freedom is an active freedom that comes from the grace of the Holy Spirit. This is why I say that freedom must disturb us, it must constantly question us, so that we might always plunge deeper into what we really are,” Pope Francis said.

“Remaining free is arduous, it is a struggle, but it is not impossible,” he said. “Courage! Let’s make progress regarding this; it will be good for us.”

The love that comes from the cross of Christ “guides and sustains us” and points the way to happiness,” he said.