Why did Lucifer and the Angels Rebel? 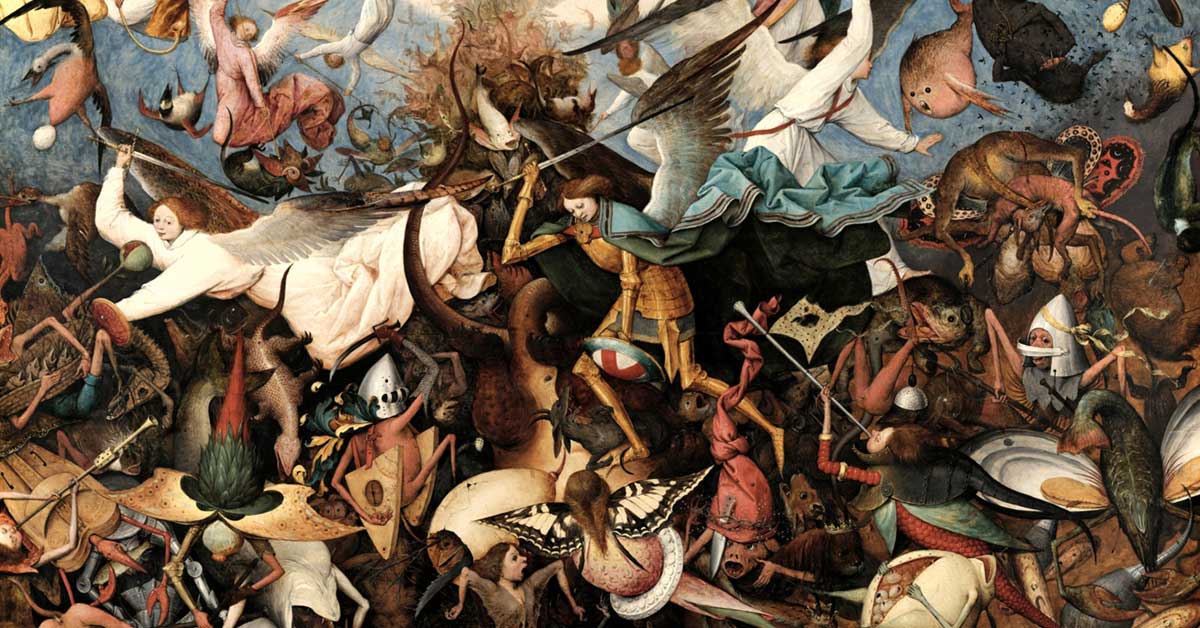 Fall of rebel angels by Pieter Bruegel the elder

Question: My issue is twofold: Do we need Satan to tempt us when we can create evil all by ourselves? And if angels have superior and immediate knowledge of God, what kind of lunacy could make them rebel against him?

Answer: The Catechism of the Catholic Church affirms that Satan exists (see paragraphs 391-395). It quotes the Fourth Lateran Council: “The devil and the other demons were indeed created naturally good by God, but they became evil by their own doing.” Pope Francis has reaffirmed our faith that the devil is a malign power and not a myth (Gaudete et exsultate, 2018).

It has been conjectured that self-admiration and the desire to be like God, or even greater than God, triggered the demons’ audacity. Our natural curiosity, which you express, wants to know more.

What really motivated them to rebel against their creator? The New Testament’s book of Revelation, written by John of Patmos, describes the author’s series of visions. Among them is a “warfare” in heaven in which Michael and his angels defeat Satan and his angels (12:9). Supporting scriptural texts are found in Isaiah 14:12, Ezekiel 28:17, 2 Peter 2:4 and Luke 10:15.

We hesitate to make sense of this. God’s angels picking a fight with one another? John doesn’t explain. He just reveals God’s mysterious design in imagery which our finite and logical minds cannot fully comprehend.

Among many attempted explanations for the angelic “lunacy” is the following, which you may consider plausible. Satan knew that the second person of the Trinity would become incarnate. God the Son would take on human nature as the man Jesus who would do the Father’s will and sacrifice his life so that humanity could be given eternal life. Satan did not principally rebel against God. He rebelled against God in human flesh. He, in his spiritual angelic splendour, was not going to be subservient to Jesus the man, even if that man was also God.

St Paul reminds us that “all beings in the heavens, on earth and in the underworld, should bend the knee at the name of Jesus” (Phil 2:10). Satan was not prepared to do that.