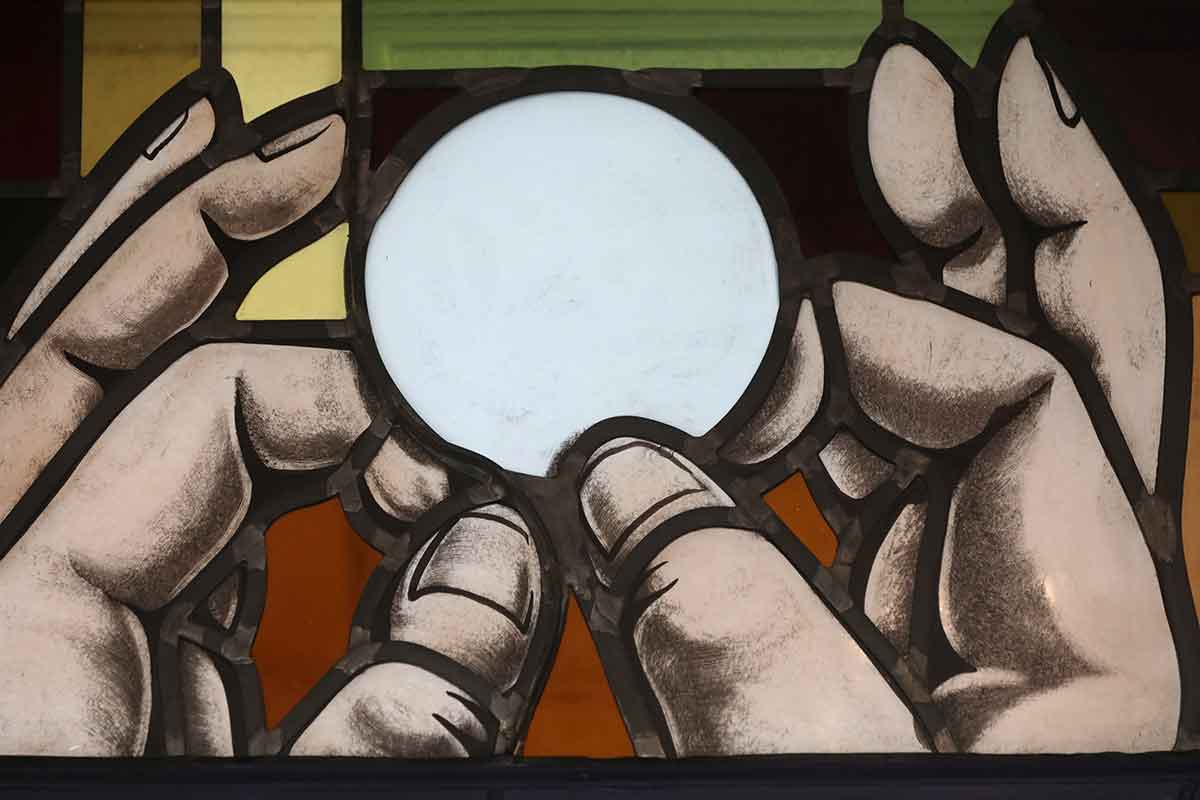 Elevation of the Eucharist is depicted in a stained-glass window at St Anthony’s Church in North Beach, Maryland, July 15, 2021. (CNS photo/Bob Roller)

By Carol Zimmermann – When the US bishops highlighted Communion being on their agenda, announcing their plans for both a document on the Eucharist and a three-year eucharistic revival, they emphasised that they were responding to a lack of understanding among many Catholics about something that is central to the faith.

In other words, they wanted to respond to what they saw as a catechetical crisis.

And their discussion at the time, particularly over their proposed document – to be presented this November – garnered a lot of attention for its projected look at eucharistic coherence.

That very term, likely unfamiliar to many Catholics prior to this discussion, means that those who receive Communion, and particularly those in public office, need to be in communion with what the church teaches and not be facilitating or promoting what the church considers grave moral issues.

But the bishops’ renewed attention to Communion highlights something bigger some Catholic theologians point out, saying the perceived crisis over a lack of understanding about the sacrament also indicates a lack of devotion and understanding of just what the church has to offer and what it means to be a Catholic in the modern world.

When asked if what the bishops are highlighting indicates a real crisis in the church, Catholic theologian Timothy O’Malley said: “I think it’s a crisis of devotion before it’s a crisis of teaching.”

O’Malley, director of education at the McGrath Institute for Church Life at the University of Notre Dame and the academic director of the university’s Center for Liturgy, also likened what is happening among Catholics today to a “crisis of belonging.”

“It’s a crisis of a world that is loveless that often suffers now because of loneliness and darkness and a real sense of not belonging. My undergraduates are extremely anxious about the world,” he said.

“These are crises. And I think the eucharistic crisis of the church is that we’re not entering into the midst of that and showing the path of love,” he told Catholic News Service this summer.

He noted that Catholics could certainly gain a deeper understanding of the real presence of Christ in the Eucharist but another big issue is to experience communion with one another and with bishops.

To get to that point circles back to the sacrament of Communion.

“It’s the Eucharist alone that can actually bring us together,” he said, noting the significance of shared devotion and common worship.

Another Catholic theologian said the current discussion about Communion is one that could provide a way for Catholics to renew their understanding of the sacrament not just to benefit their own faith – but to help the church community at large.

“I think we have a real opportunity, particularly to help adult Catholics really reconnect with the beauty of what the sacrament is,” so they can have an appreciation and understanding of the sacrament that will serve the “whole community better and well,” said Susan Timoney, an associate professor of pastoral studies and a dean at The Catholic University of America in Washington.

Because even though Catholics might not always understand fully what the Eucharist means, they still get it and appreciate it on one level, she indicated. For example, she said when she asks friends who have left the Catholic Church what they miss most, they often say the Eucharist.

So she hopes that this renewed discussion of Communion will help lifelong Catholics come to a deeper understanding of what they “can’t always articulate” or “how it makes a difference in their lives.”

In a practical way, Timoney said it’s important for Catholics to understand just “what we’re saying ‘Amen’ to and what it is that we believe and the commitment that we’re called to live.”

Similarly, O’Malley said it is the communal action of receiving the Eucharist that is “intrinsically political in that good sense” of bringing people together to then “taking that love and transforming every dimension of society.”

That is what it comes down to for Deacon Timothy Tilghman of St Teresa of Avila Church in Washington who was asked if he thought this was a time of crisis for the church.

For him, the Eucharist involves what he receives and then acts upon.

“If my faith doesn’t transform my life and somebody else’s, then my faith is useless,” he said, adding that he needs to “keep receiving the Eucharist” to be fully anchored in his faith and reflect Christ.

“That’s what I radiate when I’m at my best when I go into the world,” he said.

Tags: Church in the USA