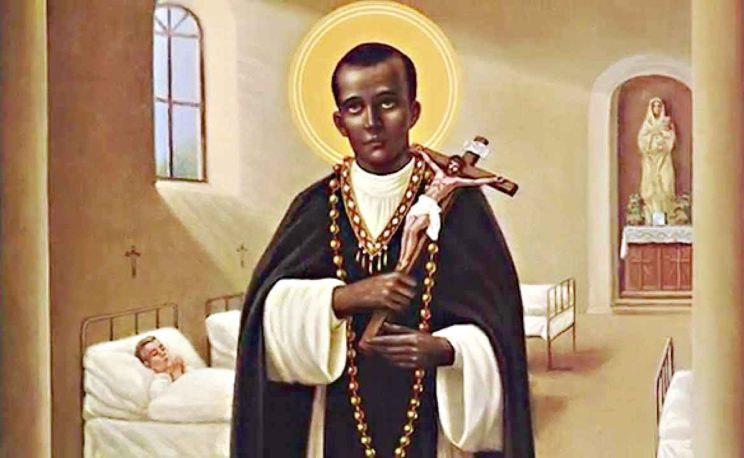 The late Fr Emil Blaser OP – Inspiration. Encouragement. This is what ordinary people are searching for as they struggle for happiness in their everyday lives.

No doubt it is this that distinguishes Pope Francis from most other leaders in the world today. Our present crop of political leaders leave much to be desired as they espouse anything but the values of Christ.

Most of us look back to Christ for inspiration and many find it easier to be inspired by ordinary people like ourselves who have incarnated the values of Christ, or by what we commonly call the Gospel values.

In South Africa many look back to Nelson Mandela as a great leader. But he would be the first to acknowledge his frailty. Many nations have shining examples of sanctity. South Africa has entered this league with the beatification of one of our own, Bl Benedict Daswa, who was martyred less than 30 years ago.

The Church is blessed with a galaxy of saints who stood out in some way, incarnating the values of the Gospel. With our history of apartheid one saint who stands out as a shining example and inspiration is the Dominican St Martin de Porres.

Even though born as long ago as 1579, St Martin continues to be an inspiration to people across the world who have a strong devotion to him and who continue to request his intercession.

Martin was born illegitimately of an African slave woman and a Spaniard, loyal to the Spanish throne. His father disowned him and his name is not even mentioned in the baptismal register.

Because Martin was of mixed race he was initially not allowed to be clothed in the habit of the Dominican order, which was the practice of the time. Thanks be to God, during his lifetime he was admitted to full membership of the order and clothed accordingly.

St Martin experienced racial discrimination first-hand. But this did not deter him from struggling for his human rights and seeking sanctity. Throughout his life he applied his expertise and skills to whoever needed his services.

Despite being at the receiving end of racial discrimination, he manifested love and care to all who approached him. At one moment a sick bishop would request his attention while the next moment he would be sweeping the floor and cleaning the toilets.

Devotion to St Martin is popular throughout the world. All kinds of people, across the board, look to him for inspiration and encouragement.

In South Africa, attention to St Martin was crystallised in the 1950s when Fr Nicholas Humphreys OP pioneered devotion to him. Today this work continues and more and more people are calling upon St Martin to pray for us and to be our inspiration.