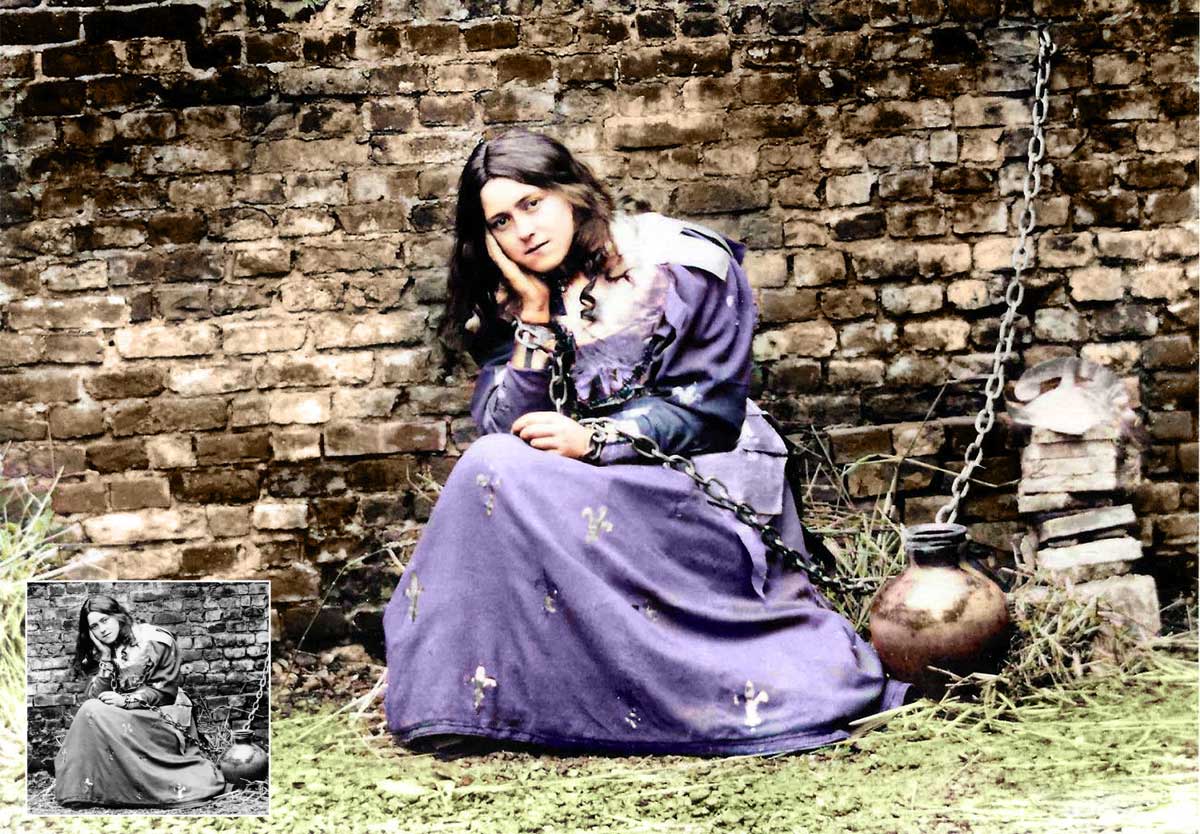 This is St Thérèse of Lisieux dressed as another great French saint: Joan of Arc.

Thérèse portrayed the Maid of Orléans — who was yet to be canonised but to whom she had a strong devotion— in a play at the Carmelite convent in Lisieux staged on January 21, 1895, a couple of weeks before Thérèse Martin received her habit. The play, titled Joan of Arc Accomplishing Her Mission, was the third play Thérèse had written; the first was also about Joan of Arc, the second about angels at the manger.

According to her sister Céline, Thérèse “was almost burned alive when a fire accidentally broke out” during the scene of Joan’s execution. “Upon Mother Prioress’ order not to move while others strove to extinguish the fire around her, she remained calm and still amid the danger, offering to God the sacrifice of her life.”