Mary, What Did You Know? 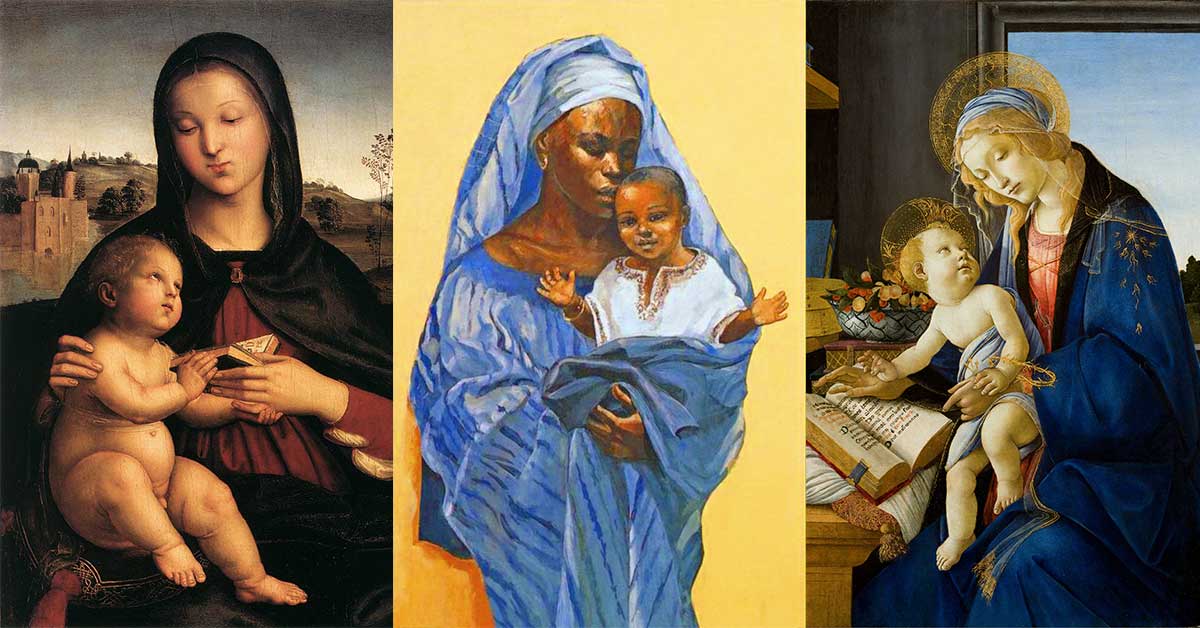 A young virgin holds a babe in her arms. She is his mother in the flesh. He has no earthly father. He is pure gift from heaven.

Such joy, yet she wonders: “Why was I chosen — and why do I find myself with no room for this innocent, helpless baby; here, in only an animal shed?”

The visitors are not the high priest and the major, as one might think would befit the Son of God, but rugged shepherds from the hills.  The town is overcrowded and noisy, and there is only the starry heaven as her roof — yet a strange light and peace fills the air.

Mary gazes into the infant’s open eyes. He already recognises his mother. Does she know what he knows — that she was immaculately conceived, just as he was? Does she know that Joseph, the man to whom she is espoused, is chosen by God himself as her virginal protector? Does Mary know she is kissing the face of God?

Nobody knows the story of God becoming man, because God never had become man before! The story of the Incarnation is already written by God, but for Mary it is still a mystery. How will this child’s life turn out?

A  little later, at the Presentation in the Temple, the ancient Simeon will enlighten the mother that her child will be a sign of contradiction. And, alarmingly, he’ll predict that her soul shall be pierced with a deep swords (Lk 2:35). How could she know? Did Mary have an idea of how the ancient prophecies would be fulfilled?

“From all the beautiful maidens of Israel, why am I chosen? I cannot know the mind of the Almighty. Amen, so be it!”

Did Mary fully understand that she was the all-pure temple of the Holy Spirit, which is why the Angel Gabriel named her “Full of Grace”? She knew what a singular privilege it was that she should have been chosen, but could any human mind truly comprehend the magnitude of that act to which she had consented, just nine months ago in Nazareth?

Could Mary, still a teenager, really have comprehended that she was the mother of humanity’s Redeemer, and that she herself would be called upon to be the mother of all the redeemed — and what a shattering revelation that would be? Did Mary wonder deeply in her heart about this unique child in her embrace — a child not from man but from God himself. An extraordinary gift from God for a purpose yet unknown to any person.

Did Mary know that this child, born of her flesh and blood, would one day feed the world with lifegiving food?

Mary, did you know that this child, your son, the very Son of God, has come to set the world afire with a love which the world has never known?

Fr Ralph de Hahn is a writer and a priest of the archdiocese of Cape Town.