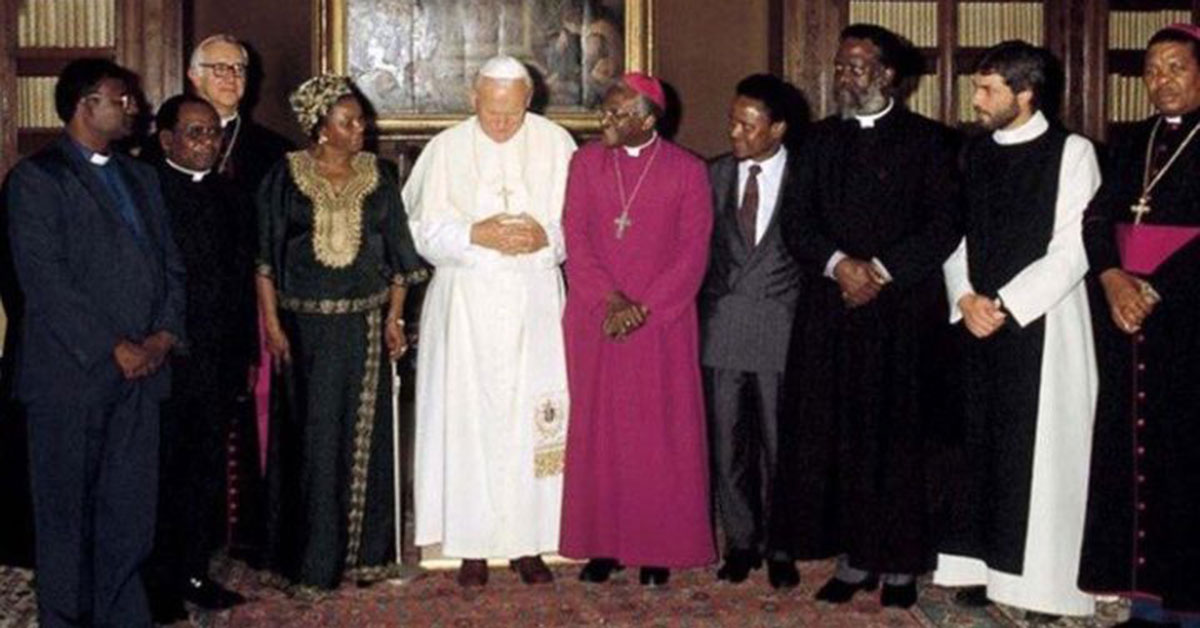 Like so many in the world, we received the news of the death of Archbishop Tutu with great sadness. On behalf of Archbishop Stephen Brislin who is away from the office at this time, and on behalf of the flock in Cape Town, allow me to add the voice of our Archdiocese to what surely must be an impressive litany of well-wishers and sympathisers.

“The Arch” as he was affectionately known lived a prophetic life which brought consolation to many of the suffering and marginalised people in our country, and simultaneously, discomfort to those who benefitted from an unequal society. His ability and willingness to speak truth to power made him a symbol of justice throughout the world. Yesterday, an international media organisation described him as a “rebel priest”. Biblically he was not the rebel – he was the prophet trying to get the rebels to convert. Rebels are those who are disobedient. The Arch was obedient to the truth that all people are equal in value.

He had a spontaneous and infectious laughter and many will remember him for that. He also knew how to read the signs of the times and he understood when there was time for laughter and also time for tears. Which of us can forget the tearful face of Archbishop Tutu as he became the ears of the nation listening to the indescribable suffering which was articulated during the Truth and Reconciliation Commission’s work?

Our prayerful sympathies go out firstly to his family. He had a larger than life public profile – but he was also a family man. We want to assure his family and their loved ones of our support in prayer at this time. We extend our sympathies to his faith community and his many associates around the world. We also extend our prayerful good wishes to the Nation which mourns the death of one of its most beloved sons. We are one with all who walk the path of sadness. It is fitting that during the Octave of the birth of Life itself, this servant of God should be born into eternal life. May he rest in peace.