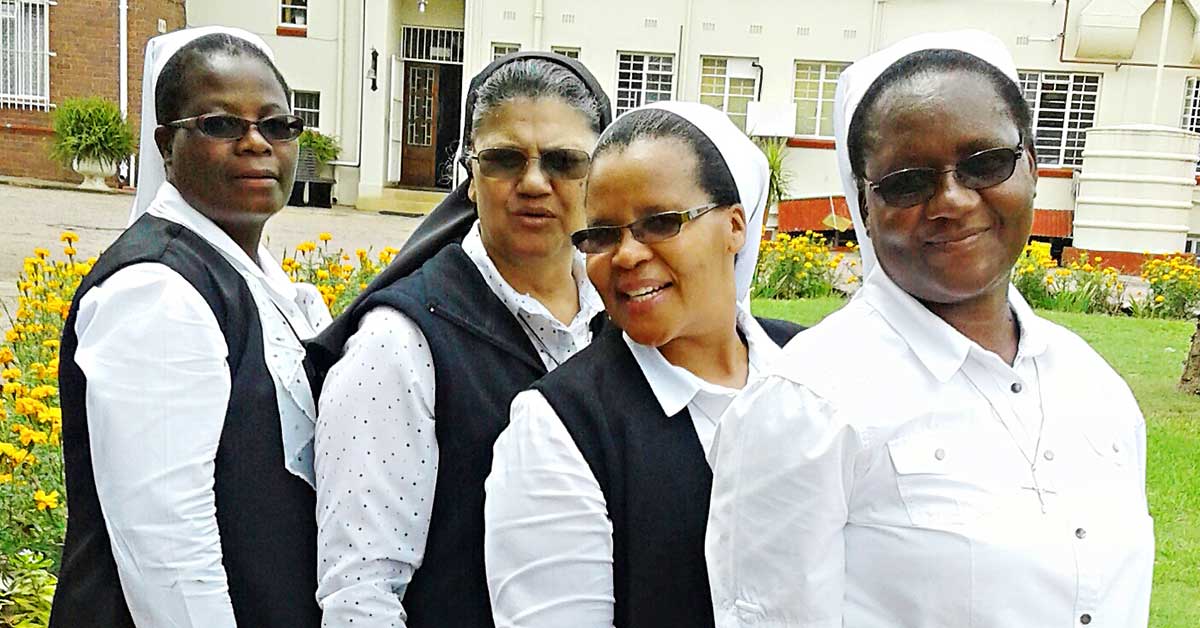 Intention: We pray for religious Sisters and consecrated women; thanking them for their mission and their courage; may they continue to find new responses to the challenges of our times.

Like the catechists about whom I wrote in the December issue, religious Sisters are often unsung heroes of our evangelising mission. They are very much on the frontline, in their schools and institutions and in parishes.

Sisters often have to put up with a lot. I find it incredible that in the 21st century, religious Sisters sometimes still have to struggle to be taken seriously by some members of the clergy who relate or refer to them in a patronising manner. Sometimes these clergy are religious themselves, which makes their fault even more astounding. After all, aren’t Sisters their fellow religious? Incidentally, these Sisters are often ill-rewarded for their contribution to parishes, to the point of exploitation.

In the eyes of the laity, Sisters are generally well-appreciated, but it has to be said that sometimes this is because they are seen as quasi-clergy. Indeed, I understand that in some places, such as Nigeria, they are often referred to as “Reverend Sisters”.

But women religious are neither clergy nor are they the “right-hand woman” of the parish priest. They are religious; they have a vocation in their own right in the Church. They work in and for the Church, but their essential function is to be witnesses to the call of Jesus which invites certain women and men to live lives of chastity, poverty and obedience for the sake of the Gospel. They are not, as priests are, “co-workers of the episcopal order”, not even “co-co-workers of the episcopal order”!

I suspect it is simply because they are women that religious Sisters are sometimes regarded as an adjunct force to the clergy. In this, they suffer the fate of their secular sisters who are seen as being at the service of men and who are often forced to accept second place after men, including in their financial rewards. We really do need to beware of unconsciously adopting the standards of the world which we are professing to challenge.

To their credit, many Sisters just get on with living out their vocation. The pope’s intention for February speaks of how they should “continue to find new responses to the challenges of our times”, and the history of how they have already done so is worth noting. Whenever there has been a specific need in the world and the Church, women religious have stepped in to make a difference — in healthcare, education, catechesis, development, justice.

During the height of the HIV/Aids pandemic, the contribution of Catholic Sisters to its alleviation was noted by people both inside and outside the Church, and this was a powerful witness. An Anglican friend who worked in that field in the 1990s told me that when he visited a project operated by Sisters, you always knew that it was going to be professionally-run and mostly problem-free.

Today there is anecdotal evidence that many Sisters are responding to the signs of the times by being prophetically present in the climate movements around the world. I saw a photo recently of a climate march in South Korea in preparation for the Glasgow COP meeting in November. There was a remarkable number of Sisters at the head of the march! Pope Francis’ Laudato Si’ seems to have made an impact in many convents.

It’s a good time to be a Sister when you have the assurance that the pope (who, as a Jesuit, is a fellow religious) is your brother!