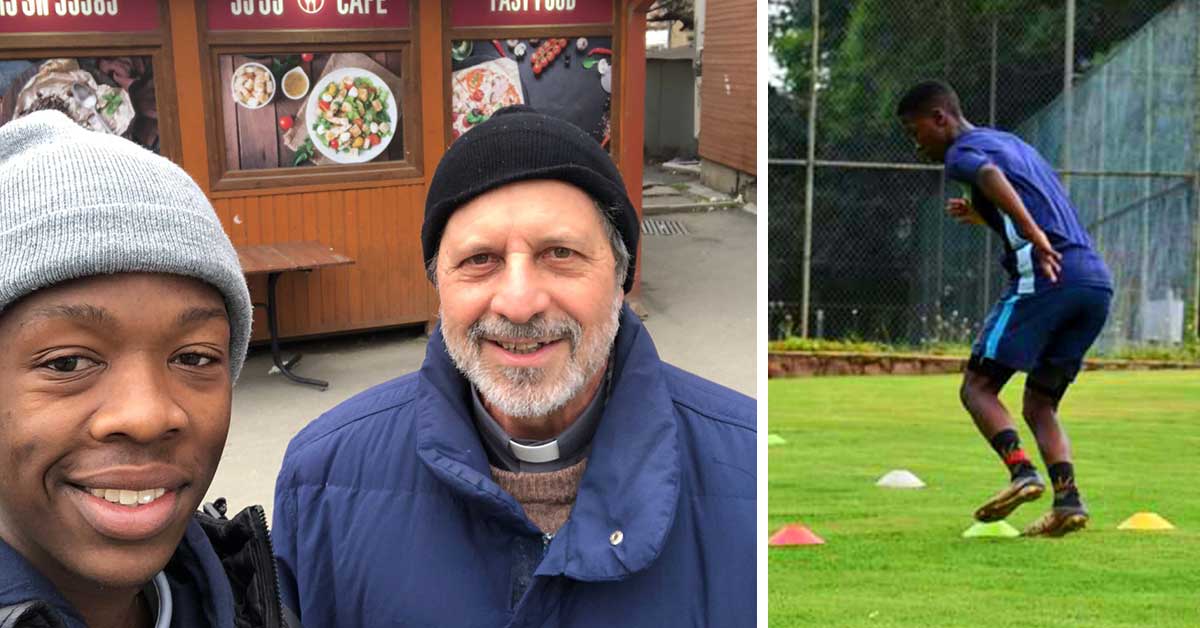 Most soccer players who have worn the label “Greatest of All Time” (GOAT) have been Catholics, including Pelé, Diego Maradona and Franz Beckenbauer.

The greatest players of the past decade, Cristiano Ronaldo and Lionel Messi, are Catholics, as are current stars such as reigning World Player of the Year Robert Lewandowski, Sergio Ramos, Luka Modric, Edison Cavani and Sergio Agüero, amongst many others.

The nineteen-year-old former Orlando Pirates FC and Supersport United FC academy player is currently on a two-month training stint with Georgian soccer side Dila Gori FC. The two met in the city of Gori, where Bame is currently based.

“I was very happy to meet with Fr Daniele. He related stories to me about his many wonderful years in South Africa. He told me about the challenges of being a Catholic priest during the days of the apartheid government, and how this impacted South African society. He also told me about his upbringing as an Italian youngster and how he grew up playing soccer as his only sport,” Lebogang said. 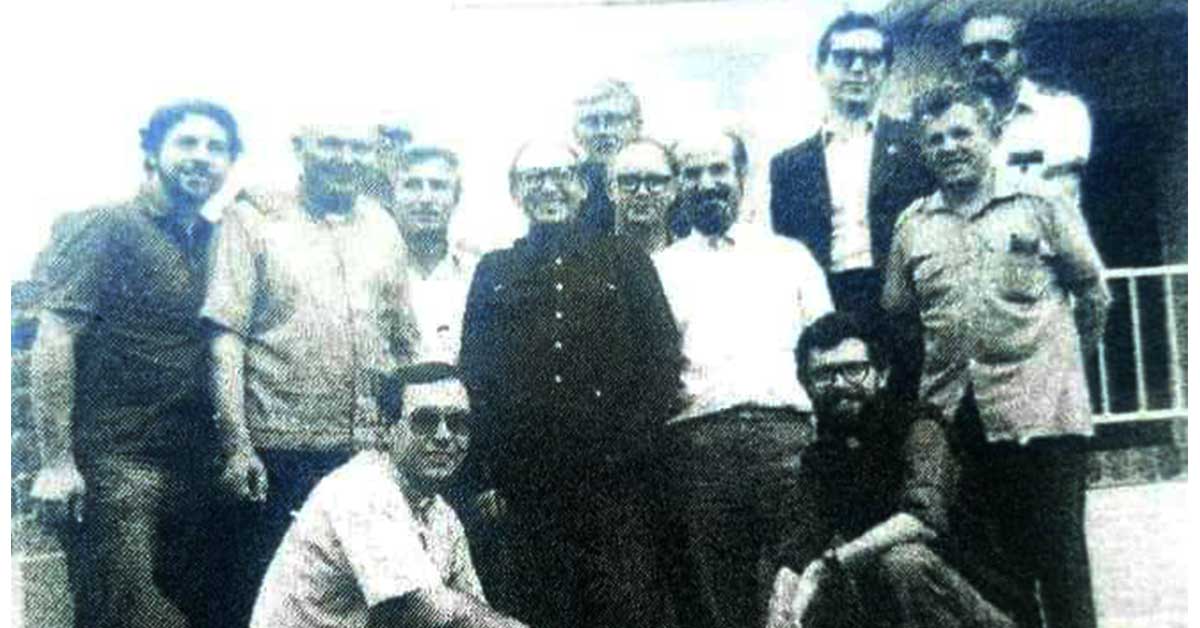 Stigmatine Fathers in South Africa in the late 80s

Fr Daniele served in South Africa for many years. He was amongst the second generation of the Italian Stigmatine Fathers priests who, from the late sixties, answered the call of Vatican II, and transformed the Church and the lives of many Catholics and non-Catholics alike, especially in the archdiocese of Pretoria. They left a powerful legacy as Church builders, community leaders and in some instances anti-apartheid “political activists”.

Amongst their social development projects was the annual donation of soccer kits from AC Milan and various other soccer clubs in Italy.

After his two-month stay with Dila Gori FC, Lebogang will attend trials with various European teams, with the hopes of fulfilling his dream to become a great South African export on the European soccer scene.