Did the Church Steal Easter from Pagans? 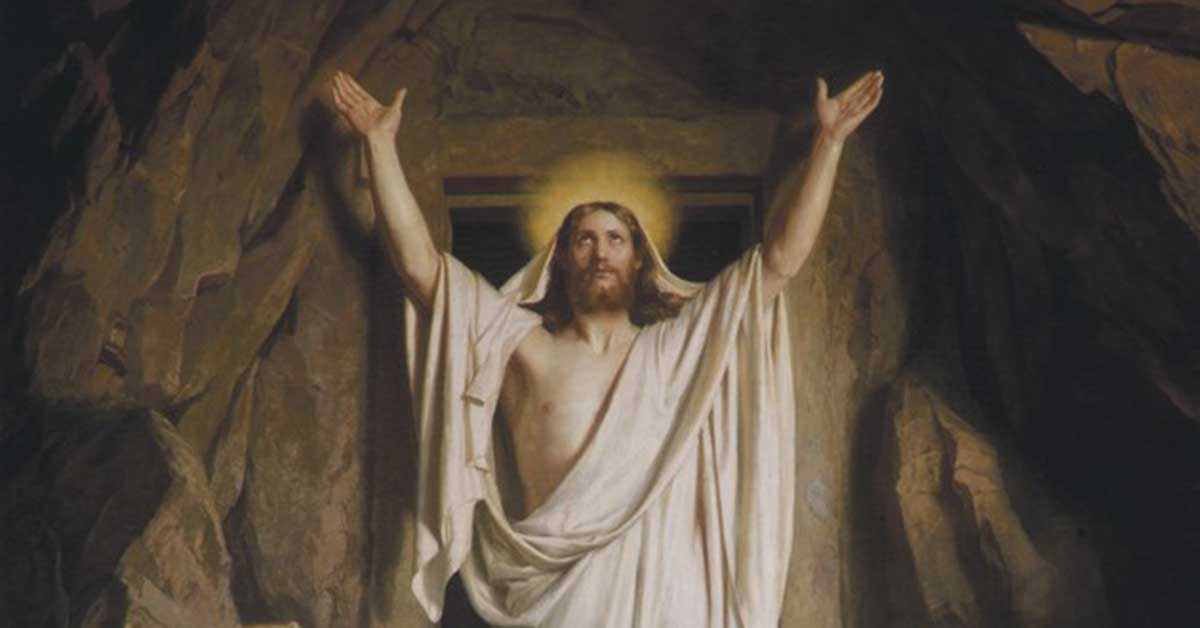 Question: Every year I am confronted by claims from non-believers that our celebration of Easter is actually based on a pagan celebration. Is there truth to that?

Answer: Easter as the celebration of Christ’s resurrection is entirely Christian. But it is true that in our celebration, we also draw from Hebrew and, much less so, pagan traditions.

The timing of Easter has historical roots. Jesus was crucified at the time of the Jewish Passover, which is celebrated during Nisan, the first month of the Hebrew lunar year, in March/April. So the early Christians, many of whom were Jews, added the memorial of Jesus’ passion, death and resurrection to their observance of the Pascha (Passover), the word from which we derive the term “paschal” to describe the feast of Easter.

The month of Nisan coincided with the first weeks of spring in the northern hemisphere, so unsurprisingly pagans had many rites to welcome the change of seasons. One of such rites was celebrated, like the Passover, after the vernal (or spring) equinox. Germanic pagans might have dedicated their festival to Auströ, or the red dawn. This may be the etymology of Eostre, the pagan spring goddess whom the English historian Bede mentioned in his history of 788 AD. To complicate things, most scholars think Bede made the goddess up, so as to give meaning to the name for the Anglo-Saxon celebrations he knew about. That’s bad news for those who trade in the myth that the Christian celebration of the resurrection actually honours a pagan goddess named Eostre.

But the English name Easter, as the German Ostern, might have been adapted from the pagans by missionaries, as a way of tempting non-believers to become Christians, and linking the festival of the seasonal dawn with the new dawn of Christ’s resurrection. But this applies only to some language groups. In other Germanic regions, such as those around Cologne, the word for the celebration of Christ’s resurrection was Päscha, associating it firmly with the Hebrew tradition.

In most languages of the world, the Hebrew/Christian tradition is evident in their names for Easter: Afrikaans (Paasfees), Zulu and Xhosa (iPhasika), Sotho (Paseka), Swahili (Pasaka), Italian (Pasqua), Portuguese (Páscoa), Spanish (Pascua de Resurrección), French (Pâques), Dutch (Pasen), Swedish (Påsk), Russian (Pashka) and so on. There is no trace of pagan goddesses, real or invented, in any of those languages.

Even Easter traditions such as the Easter Bunny or Easter eggs may have Christian rather than pagan origins (in the case of the bunny, possibly due to a mistranslation by St Jerome of Psalm 104:18). In any case, none of these extramural wildlife and groceries are at the core of what we celebrate at Easter: the resurrection of the Lord, which is entirely unrelated to pagans.

So, in short, our secular friends who claim that the Christian feast of the resurrection is based on pagan festivals are mistaken, though in some regions we may give them half a point for a little etymological knowledge.