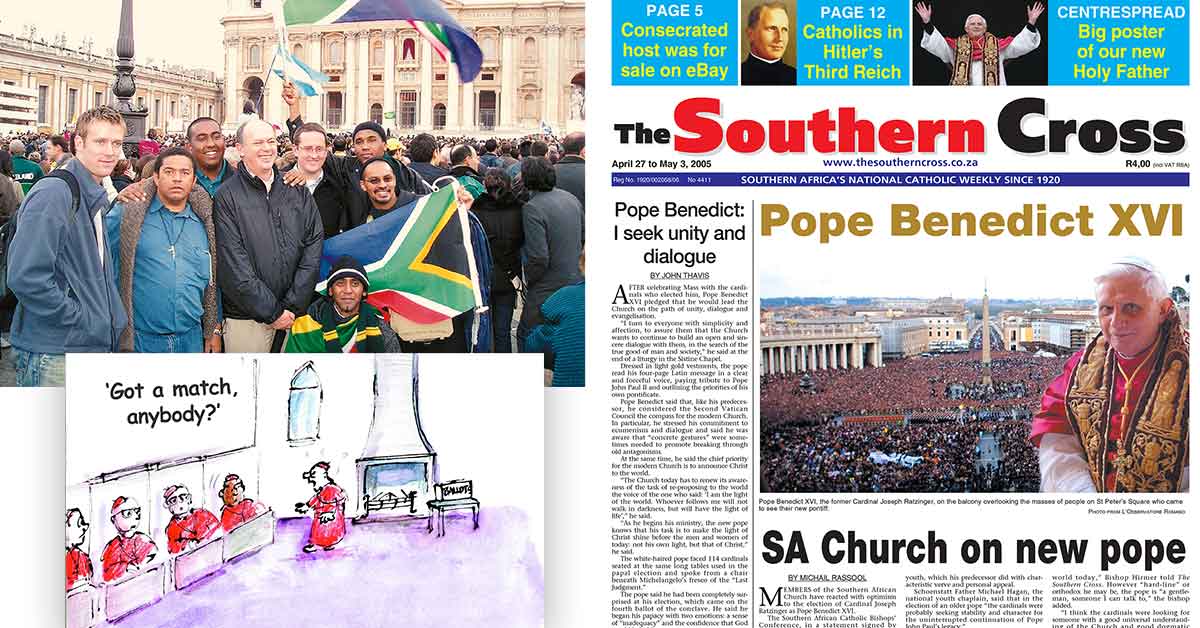 Bishop Oswald Hirmer of Umtata [now Mthatha] has said that newly-elected Pope Benedict XVI is “a brilliant theologian who can express difficult topics very convincingly and simply”. While the Church can rely on the pope’s orthodoxy, the bishop hopes he will listen to his advisers when they speak about the needs of those within the Church. Sr Jennifer Slater OP, dean of studies at St John Vianney Seminary in Pretoria, said: “I think the cardinals were looking for someone with a good universal understanding of the Church and good dogmatic insight into the life of the Church, whether in the educational or moral sphere, and it is not very easy to find someone like this.” Fr Stuart Bate OMI, theology lecturer at St Augustine College, Johannesburg, praised Pope Benedict’s clear grasp of issues, particularly in a time of “rampant consumerism” and a culture that encourages people to pursue their personal desires without any consideration for the consequences.

Church officials in the US diocese of Sioux City said they were deeply offended when they found out that an unidentified person from Iowa sold on eBay what was described as a host consecrated by Pope John Paul II during a Mass in Rome in 1998. The host was marked sold for a reported $2000 [about R12600 in 2005].

Editorial: Give pope a chance

In his editorial on the election of the new pope, Günther Simmermacher writes that “critics of Pope Benedict’s election will have to give the new pope a fair chance to become their pope too. And supporters of his election must be careful to abstain from a triumphalism that is alien to the new pope’s crisp intellect”.