Chinese bishop’s whereabouts remain unknown a year after his arrest 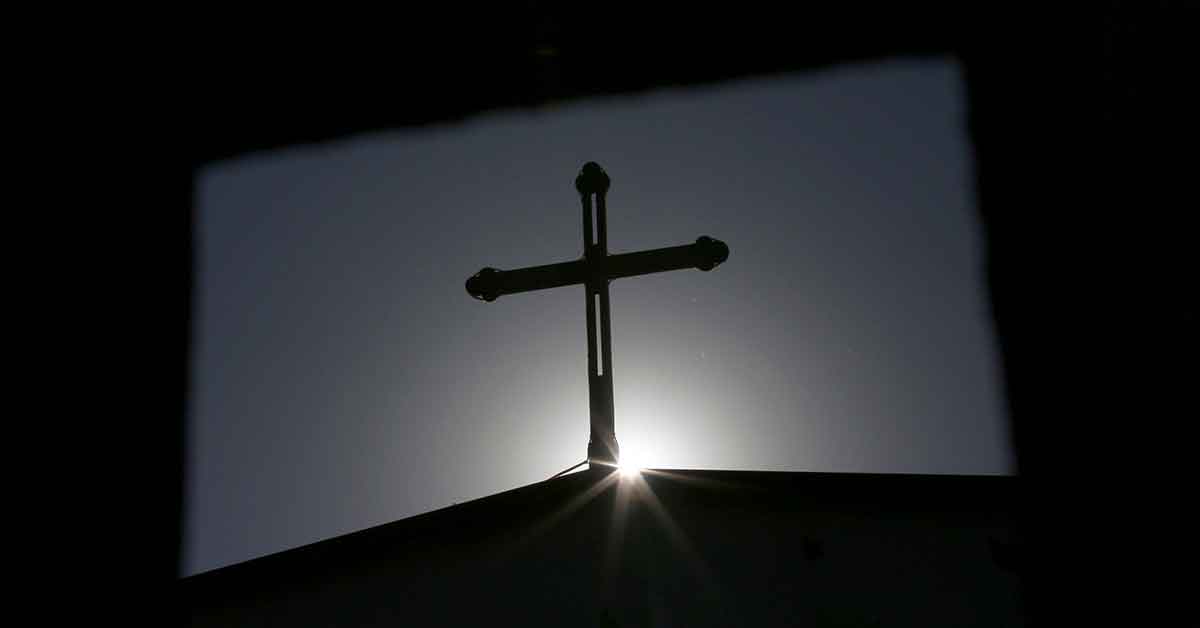 A cross atop a Catholic church is silhouetted in Tianjin, China. Bishop Joseph Zhang Weizhu of Xinxiang – a Vatican-approved Chinese prelate -remains in detention more than one year after his arrest, accused of violating the communist country’s regulations on religious affairs. (CNS photo/Kim Kyung-Hoon, Reuters)

By CNS –  A Vatican-approved Chinese bishop remains in detention more than one year after his arrest for allegedly violating the communist country’s repressive regulations on religious affairs.

Bishop Joseph Zhang Weizhu of Xinxiang was arrested on May 21, 2021, reported ucanews.com. A day earlier, police arrested 10 priests and an unknown number of seminarians from a Catholic seminary in the diocese that was set up in an abandoned factory building.

About a year ago, authorities in Xinxiang shut down Catholic schools and kindergartens in line with a government ban on education by religious groups.

All those arrested were accused of violating China’s regulations on religious affairs and subjected to “political lessons” in detention, said media reports. The priests and seminarians were released after brief detention but remain under surveillance, while the seminary is still closed.

It said Bitter Winter, a magazine covering religious liberty and human rights, reported that Bishop Zhang has been targeted and oppressed by officials of the Chinese Community Party for not bowing to pressure to join the government-controlled Bishops’ Conference of the Catholic Church in China and Chinese Catholic Patriotic Association.

The bishop is reportedly among “conscientious objectors” who oppose the 2018 secretive Vatican-China agreement on the appointment of Catholic bishops, which was renewed in 2020.

Since signing the deal, Chinese authorities have intensified their crackdown on churches whose leaders refuse to join state-run church bodies.

A source told Bitter Winter that the Vatican had asked the Chinese regime to release Bishop Zhang, but the authorities responded by saying the bishop’s crimes were serious, so he must remain in detention.

Since his secret ordination with a Vatican mandate in 1991, Bishop Zhang has been under constant pressure and barred from carrying out his duties as bishop. He was arrested on several occasions but later released.

Catholics in Xinxiang have expressed concerns for the bishop, especially about his health. Shortly before his latest arrest, the bishop had surgery for cancer, ucanews.com reported.

Religious groups, including the Catholic Church, faced a new clampdown after the Communist Party approved and implemented new regulations on religious affairs in May 2021. Among other things, the regulations state that Catholic bishops must be approved and ordained by the state-sanctioned bishops’ conference.

The regulations say Christian clergy must support the Communist Party leadership and must regularly apply for recertification to carry out their duties. Clergy are allowed to run religious activities, including seminaries, only in government-registered and controlled institutions.

The arrest of Bishop Zhang and others in Xinxiang triggered condemnation from across the world, with French Catholic bishops and Christian groups like International Christian Concern issuing statements to express their concerns.

Observers noted that the crackdown in Xinxiang signalled a new dimension in religious persecution in China, especially against formerly independent churches.