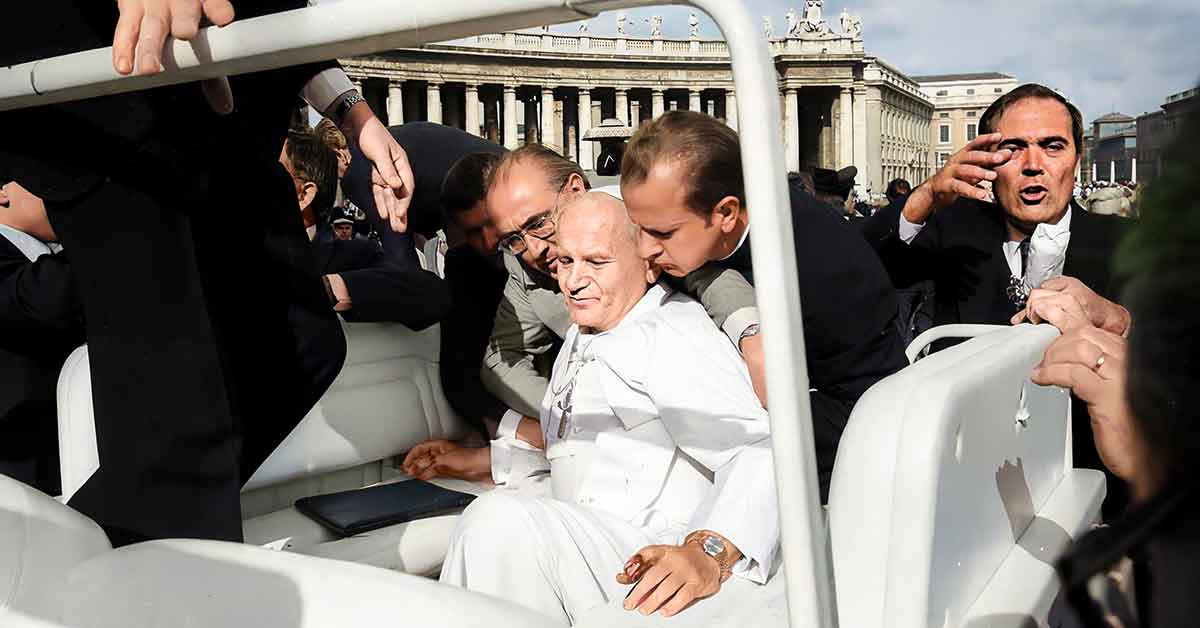 Pope John Paul II slumps into the arms of his private secretary, Fr (later Cardinal) Stanisław Dziwisz, after four bullets fired by Mehmet Ali Ağca hit him at the beginning of a general audience in St Peter’s Square on May 13, 1981 — the feast of Our Lady of Fatima, and five days before his 61st
birthday. Two pilgrims were also wounded in the attack.

The pope would later credit Our Lady of Fatima for his survival. During a 1984 visit to the shrine in Fatima, Portugal, he encased one of the bullets recovered from his body into the crown of the shrine’s statue of Our Lady. Ağca, who had previously murdered a Turkish journalist, has given multiple conflicting statements on the assassination, some more preposterous than others. Initial reports implicating the Soviet Union and Bulgarian secret service were rejected by the pope himself.

In 1983, St John Paul II met Ağca at Rome’s Rebibbia Prison, where the shooter was being held, and publicly forgave him. Ağca, who seems to have mental health disorders (he once claimed to be Christ, and later announced he was planning to join the Catholic priesthood), was released from his Turkish jail in 2010, five years after the man he tried to kill died at the age of 84. (Original photo: L’Osservatore Romano/CNS)

Published in the May 2022 issue of The Southern Cross