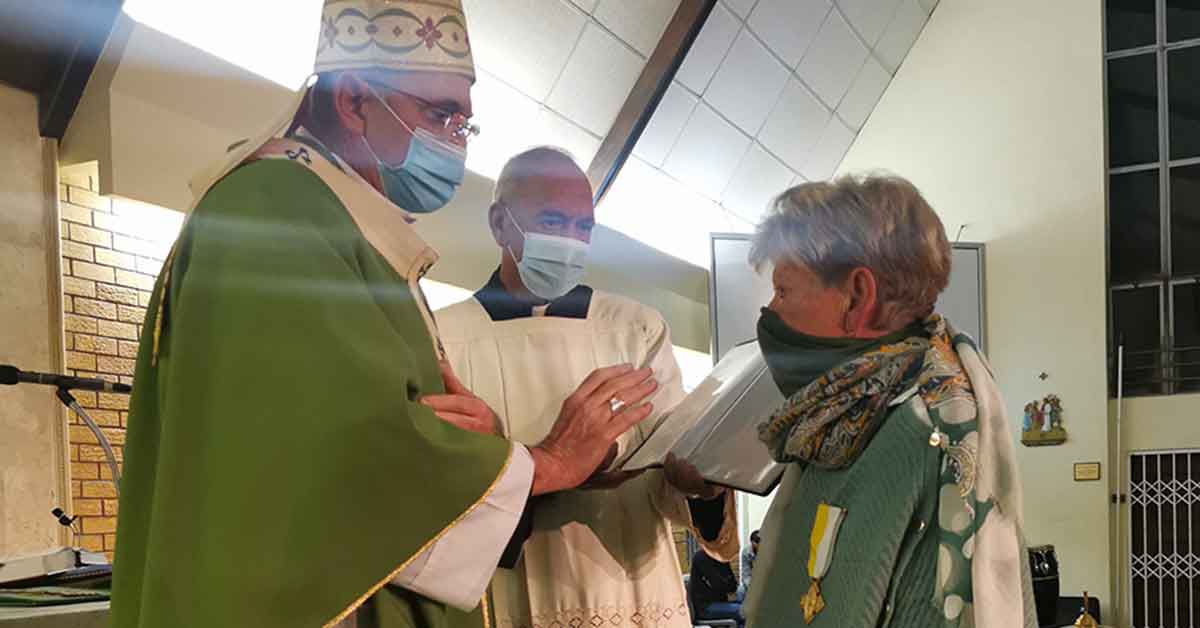 By Clarissa Witten – Lorraine Jarman, parish secretary of Our Lady of the Assumption parish in Milnerton/Brooklyn, Cape Town, has been awarded the prestigious Bene Merenti medal by Pope Francis.

The award was presented to her at a special Mass in Milnerton’s church of the Annunciation by Archbishop Stephen Brislin. In attendance were parish priest Fr Stanley Botha, Deacon Derrick Kalil, and family and friends.

As a dedicated wife to the late Michael Jarman, mother to two daughters, Debbie and Mandy, and grandmother to three, Lorraine has lived her life as a devout Catholic, never neglecting her faith, and ensuring that her daughters had a sound Catholic education and upbringing. As a role model to her family, she immersed herself in her parish community and made herself available wherever an opportunity arose.

In 1989, Lorraine was instrumental in starting the Catholic Women’s League in the parish. In later years she went on to become part of the Western Cape executive of the CWL, and then national treasurer.

In August 2005 Lorraine was appointed as parish secretary, a position which she still holds today. Right from the start, it was evident that this was not merely a job for her, but a calling. As an excellent communicator, she has always been able to organise and resolve issues efficiently. Her role ensures that most of the everyday challenges that the parish faces are resolved by her, thus freeing up the time that Fr Botha requires to attend to important church and parishioner duties. 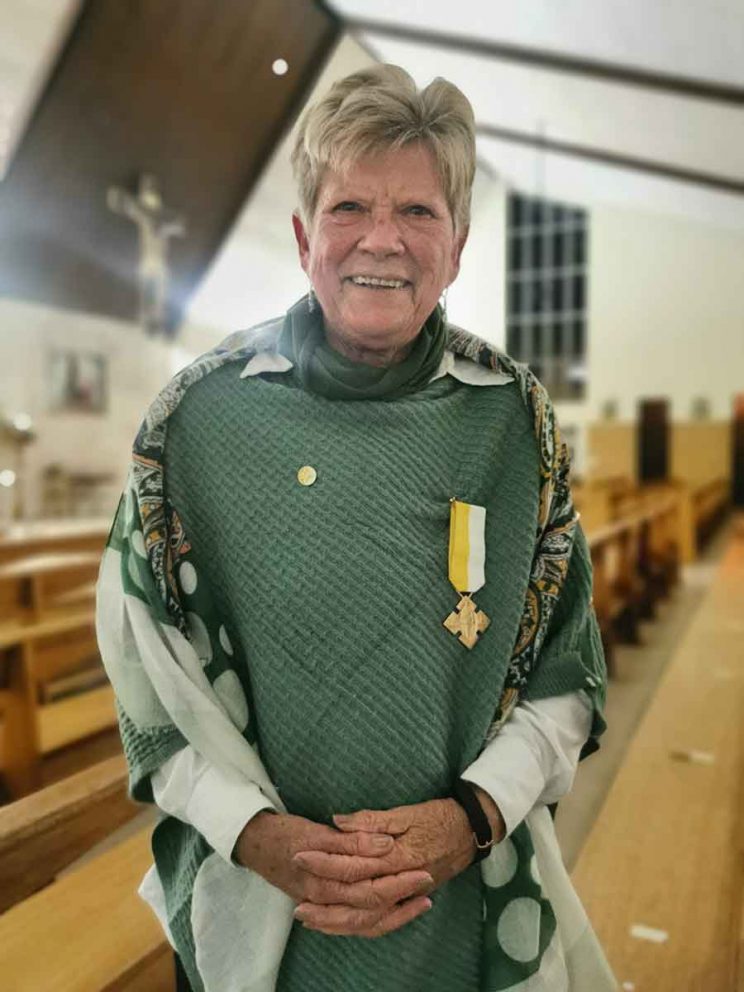 She is a member of various church groups which enables her to have an excellent knowledge of all the challenges that the parish encounters.

In earlier years Lorraine helped launch RENEW in the parish and became involved in organising outreaches to seniors in both Brooklyn and Milnerton, such as an annual luncheon for all seniors at Christmas. As parish secretary, she would ensure that all housebound seniors would receive the sacraments regularly and helped coordinate outreaches by the parish aid organisation, Catholicare, to them. Lorraine also organised the largest Church fete in the archdiocese of Cape Town on an annual basis.

The faith she has shown and her dedication to her work in the Church when she was confronted by illness a few years ago has helped many in similar situations to cope. Possibly, her greatest talent is her no-nonsense sense of humour and being able to resolve issues, confusion and conflicts in the community.