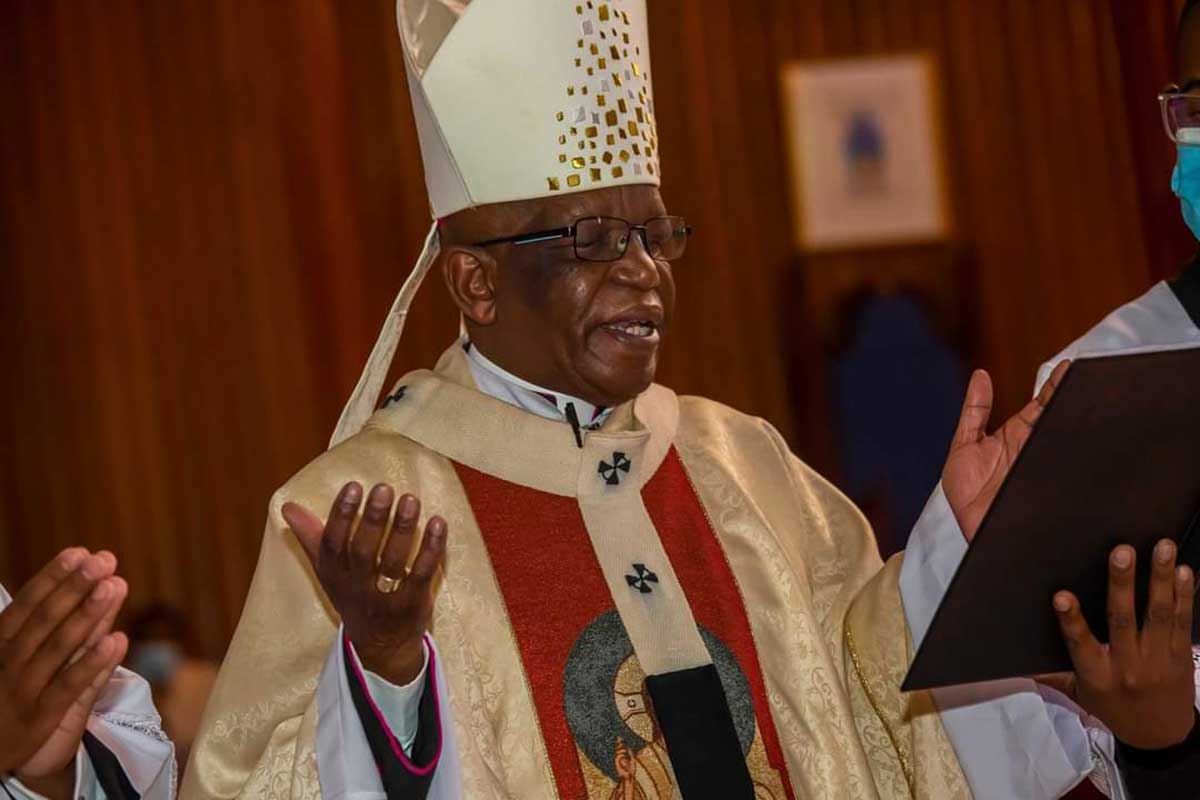 “Every person on this planet has a right to seek safety – whoever they are, wherever they come from and whenever they are forced to flee,” said Archbishop Buti Tlhagale of Johannesburg in a statement issued for the June 20 World Refugee Day.

He urged Christians to acknowledge “that all human beings have been created in the image of God and that we are our brother’s and sister’s keeper”. This, he said, “imposes a biblical and moral obligation on us all to be inclusive in our relationships with each other especially concerning refugees”.

This year’s theme, chosen by the UN High Commission for Refugees (UNHCR) was “Everyone has the right to seek safety”.

The archbishop, who is a member of the UNHRC’s Religions for Peace body, said the right to safety is universal. “Whenever people are forced to flee, they have a right to be protected. Whatever the threat – war, violence, persecution – everyone deserves protection. Everyone has a right to be safe,” the archbishop said in the statement, which was released by the Migrants and Refugees Office of the Southern African Catholic Bishops’ Conference.

He called for a vigorous promotion of solidarity vigorously, and for attention to be turned on the host-country where refugees presently reside. Does the host country “domesticated international law and practices of welcoming refugees and of providing them with the necessary documents and means of survival? More importantly, has the domestication of international practices of welcoming and protecting refugees been accompanied by an equally vigorous promotion of the acceptance and inclusivity of refugees by the citizens of communities of the host country?” Archbishop Tlhagale asked.

“Refugees have a right to seek employment in the host country. Refugees are often among foreign truck drivers who are harassed and violently prevented from carrying out their duties. This violates their right to employment. In South Africa, this equally applies to refugees whose businesses are set alight during service delivery protests across the country,” the archbishop said.

“Admittedly refugees have to compete strenuously against many job-seekers who have migrated from the countryside to urban areas in search of work. But then there are also the many who come from neighbouring countries and other countries. They also seek better opportunities. The scramble for work is fierce,” he noted.

He said that in South Africa migrants and refugees, without distinction of their status, “have experienced rejection, harsh treatment and being named ‘foreigners’ with negative connotations. They have been called ‘outsiders’, the ‘unwanted’, even though some of them have been here since the dawn of the South African democracy, 27 years ago. They have been falsely accused of ‘stealing’ jobs that should be given to local people, Archbishop Tlhagale observed.

He noted that during service delivery protests, “people on the move” become scapegoats, bearing the brunt of the anger of local people. “Their stores are often looted and even set alight. They are accused of selling drugs and are said to be involved in human trafficking. These are extremely harmful generalisations that tarnish the image of the migrants and refugees,” the archbishop said.

“Forcibly displaced people have been thoroughly victimised and turned into scapegoats for the shortcomings of the socio-economic system and political leadership of South Africa,” he said.

“On the whole, people on the move strongly feel that their human rights are trampled upon and their human dignity violated. They have this deep desire to confront their fellow Christians about the many negative experiences that pain them. As the Church we should continue to create platform where there will be mutually respectful dialogue between the host community and the forcibly displaced persons.

“Refugees can become ambassadors of peace, solidarity, and social friendship if we give them a chance. This can be taken up by dioceses and parishes by operating counselling centres that can help refugees make appropriate choices, thus addressing unrealistic or false expectations and misinformation with accurate and reliable information,” he said.