Pope to Missionaries of Africa: The Church’s Joy and Mission is Evangelisation 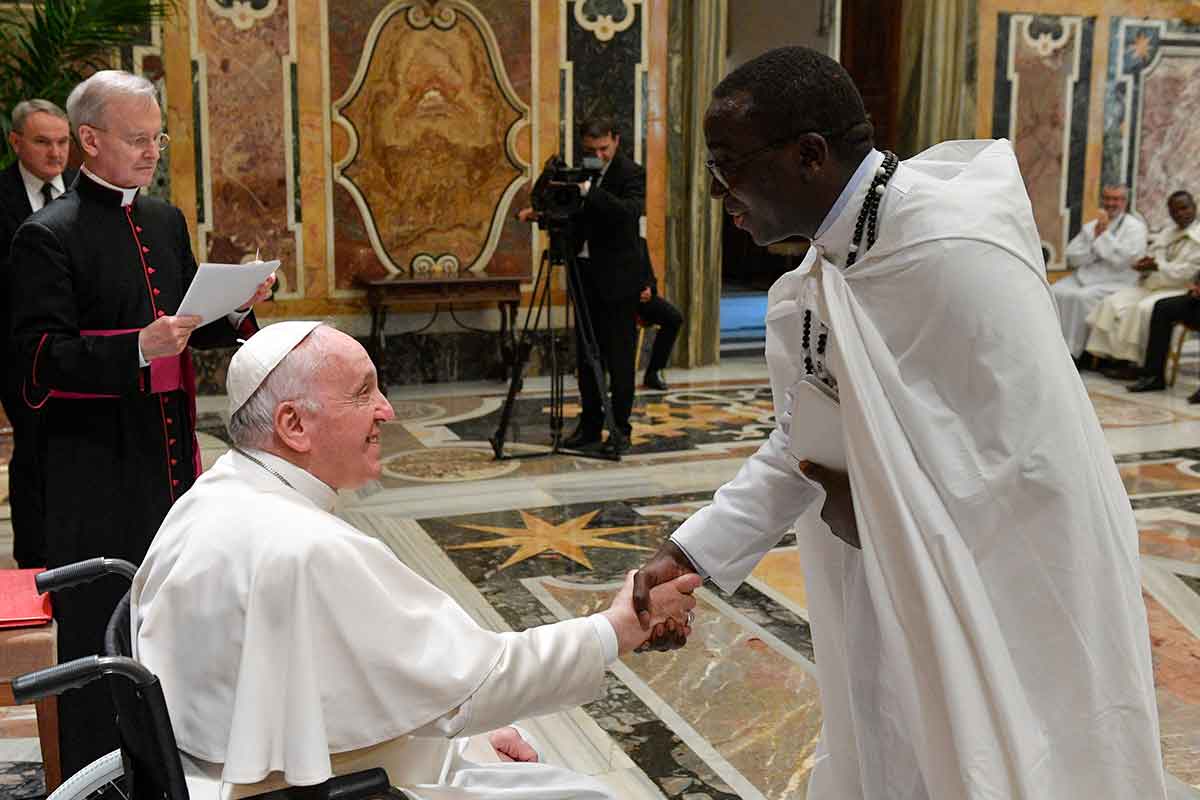 Pope Francis greets Father Stanley Lubungo, who has been re-elected superior general of the Missionaries of Africa, during an audience at the Vatican on June 13, 2022, with members of the order’s general chapter. (CNS photo/Vatican Media)

By Carol Glatz – Evangelisation is the mission and joy of the church, Pope Francis told members of the Missionaries of Africa.

Apostles of Jesus Christ do not proselytise, he said in an audience at the Vatican on June 13 with members who were in Rome for the society’s general chapter May 13-June 19.

“This is true always and everywhere in the church, but it is especially true for those who, like you, are often called to live mission” in places where Islam is the predominant religion or where the people have never known Christ and the Gospel, he said.

The society of the Missionaries of Africa is an international group of priests and brothers who dedicate their lives to the proclamation of the Gospel, especially in Africa and for people from Africa, wherever they may be.

“The world changes, Africa changes too,” but that gift of mission as a prophetic witness “retains its power of meaning and strength” nonetheless, and this gift is nourished when it leads to Christ and the Gospel, the pope said.

A missionary must spend time in God’s presence, “letting him look at you, every day, in adoration,” he said, as this “remaining” in Christ is the “lifeblood” and condition for being an apostle.

“The paradox of mission is you can only go forth if you remain. If you are not able to remain in the Lord, you cannot go,” the pope added.