The Justice & Peace Commission (J&P), with the help of the Commission for Refugees and Migrants, hosted a workshop on social cohesion to create a space for foreign nationals and South Africans to help...

God has provided generously for our physical needs, as the Gospel of Matthew tells us (6:25-34). He is a provident God who has blessed us with resources and talents to “subdue” the earth (Gen...

By Carol Glatz – Christians must not underestimate the importance of embracing and assisting the poor, oppressed and outcast, Pope Francis said. Not only did Jesus entrust his disciples with the task of continuing...

Manny de Freitas, a parliamentarian and founder of the De Freitas Foundation, said Angel Care Home in Germiston had been turned away by government when it applied for a subsidy and is thus completely dependent on private funding.

The Night I Drove Home Naked

How often to we see God in the beggar? FRANCIS TUSON writes about a time when he was confronted with poverty and had an epiphany. Even as I sit and write this, I am aware of...

Why are People Poor?

It’s not because there aren’t enough resources to go around. For one thing, the world produces enough food to adequately feed every single person.
Well, then what are the reasons?

Do you remember the childhood story Stone Soup? It’s an old folktale about a couple of hungry travellers who creatively entice hesitant villagers to fill their large cooking pot with delicious soup ingredients.

When a disciple of Jesus takes his or her baptismal call seriously, that person’s words and actions live on long after he or she leaves this world.  An outstanding example of this truth is found in the prophetic discipleship of the Rev. Martin Luther King, Jr.

Usury is a grave sin that must be fought by building more just and humane economic and financial systems as well as by teaching people to live within their means, Pope Francis said.

By Ernest Mwape OP – In a new book, the Dominicans articulate the issue of migration from a faith perspective, an angle few historians have so far explored.

Imagine hearing a knock at your front door. As you open the door, to your great surprise you see a baby lying in front of you. Without hesitation, you immediately pick up the infant and bring her out of the cold night and into the warmth of your home and heart.

When was the last time you shared a meal with a poor person? For Pope Francis it was just a couple of weeks ago. 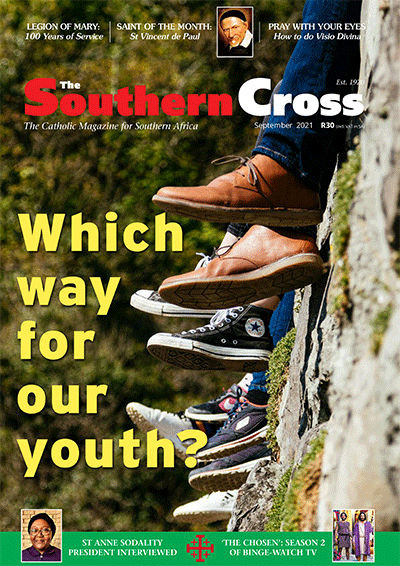