The Call to Fatima: Graces and Mercy 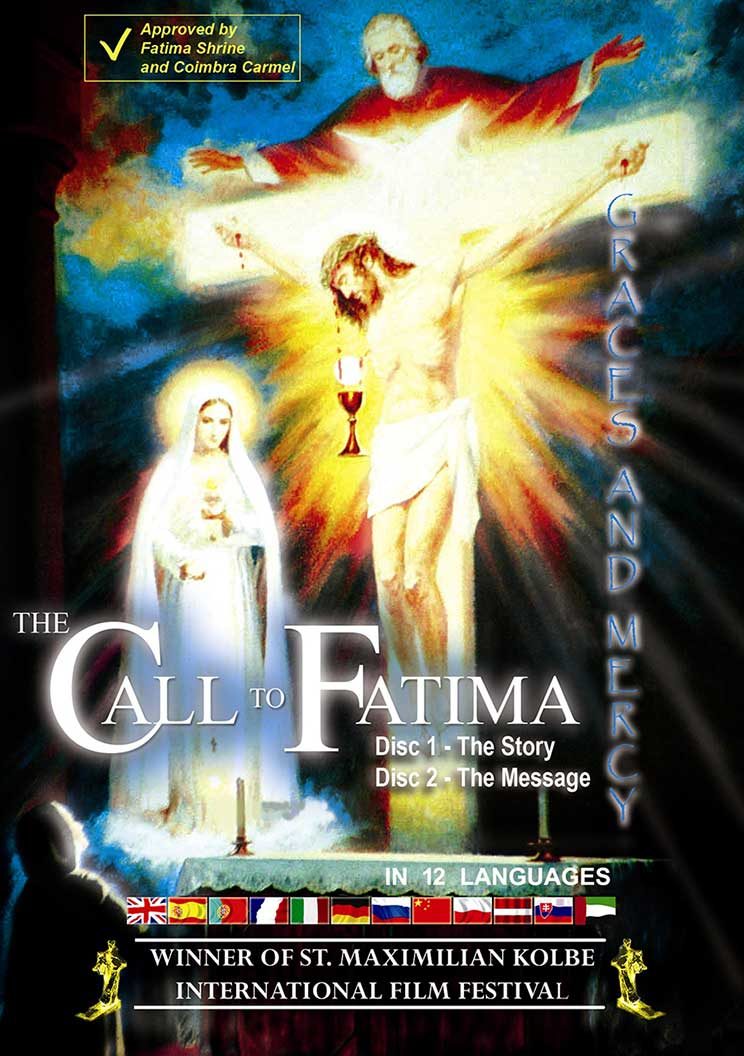 The film documentary The Call To Fatima: Graces and Mercy is a useful guide to the events of 1916 and 1917, when the angel of peace and Our Lady appeared to three children in the rural Portuguese town of Fatima, relaying messages from God.

Narrated by Irish priest Fr Michael Maher SM, the film uses archival footage of war and turbulence in the 20th century to underscore the messages of Fatima. These have at their heart a call to prayer and meditation (particularly the Rosary), sacrifices, the holy Eucharist, penance and seeking God’s mercy, and devotion to Mary’s Immaculate Heart.

Awarded first prize at the International Polish Film Festival, the documentary unravels the three secrets of Fatima. The DVD also has a segment on the ongoing relevance of Fatima for the 21st century. Approved by the Fatima Shrine, which has become a major international Catholic pilgrimage site, the documentary also includes dramatic re-enactments of the three children’s experiences, interviews with family members and other witnesses.

The film also includes footage of the death and funerals last year of Pope John Paul II, who promoted devotion to Fatima, and Carmelite Sister Lucia dos Santos, one of the three children, whose memories are drawn on extensively in this film.

The only criticism is the lack of sound quality, with the narrator and others being drowned out by the background music.

Copies of the film are available on both DVD and video. Contact Mr McCormack on info@eurofinancegroup.ie, or write to 33 Raglan Road, Ballsbridge, Dublin 4, Ireland.