Zimbabwean President Robert Mugabe has, again, carefully crafted media attention by presenting himself for communion, this time at the beatification of Pope John Paul II. Outrage as Mugabe attends Pope’s ceremony, Holy hypocrisy! and When religion fails were some of the headlines splashed across newspapers and the internet minutes after cameras caught Mugabe saying Amen. Many shocked Catholics around the world (myself included) reacted to Mugabe’s presence and reception of holy communion at the beatification. One person described being shocked, embarrassed and disillusioned by the Catholic Church. The Archbishop of Westminster, Vincent Nichols, himself said, with withering British understatement, it felt uncomfortable to be in his presence.

Mugabe sure knows how to manoeuvre and perhaps the Church was out-manoeuvred. Mugabe has been placed under an EU travel ban but was allowed passage by the Italians to the Vatican  this is not the first time. Zimbabwe (Mugabe) has never been denied access to the Vatican and diplomatic ties between the two still exist. This is indefensible some claim. Perhaps. A more generous reading of this could claim it is like a double-edged sword: nobody is excluded by the Church – which is not entirely a negative message; everyone is welcome – even Mugabe? Maybe; maybe not. The Vatican explained that Mugabe was not officially invited (as some press claimed) and protocol demanded that because he was present he sit with other heads of state and dignitaries. Another generous interpretation: it was not Mugabe per se who was welcomed but the people of Zimbabwe? It’s not all illogical. We also have to remember that, to some (and I am not suggesting the Vatican!) Mugabe is a great liberation fighter and hero; not everyone shares the same opinion about him. There is also the consideration that, if he were excommunicated, this would be no skin off the noses in the Vatican, but for poor and defenceless Catholics in Zimbabwe it would be a completely different matter. Mugabe has already show aggression towards the Church in Zim, just last week The Southern Cross (4-10 May 2011) reported that he had called the Zim Bishops “liars and puppets”.

In the current edition of The Southern Cross the South African Catholic Bishops explained that receiving communion is a personal choice made in conscience before God. Canon Law states that if a Catholic has received the Sacrament of Penance before communion they are free to go to communion. Canon Law also says that should the person, for grave reasons, not have the opportunity to receive the Sacrament of Penance before communion they are to make an act of perfect contrition which includes the intention of confessing as soon as possible after reception. Nobody can make a judgement on his intentions or the state of Mugabe’s soul at the moment of reception. True. Canon Law does, however, also state that those who obstinately persist in manifest grave sin are not to be admitted to holy communion. Is that where Mugabe fits?

Some Bishops (mostly in the USA) have said that certain politicians should refrain from receiving communion citing, Canon Law to explain their position. In 2003 the Cardinal Archbishop of Boston, Sean O’Malley, is reported to have said that a Catholic politician who holds a pro-choice position on abortion should not be receiving communion and should refrain. In July 2004 it was reported that in a private memorandum issued by (then) Cardinal Joseph Ratzinger the American Bishops were told to deny communion to politicians who supported abortion presidential candidate Senator John Kerry seemed to be the one who was implicitly aimed at. According to the Culture of Life Foundation, Cardinal Ratzinger began by stressing the serious nature of receiving Communion and the need for each person to make a conscious decision regarding their worthiness based on the Church’s objective criteria. The document does not only address abortion but also euthanasia, the death penalty and war.

It is ironic that Mugabe received communion on the day John Paul II was beatified because he himself said, in his encyclical The Eucharist and the Church on Holy Thursday in 2003, In cases of outward conduct which is seriously, clearly, and steadfastly contrary to the moral norm, those who obstinately persist in manifest grave sin are not to be admitted to Communion. One could argue that Mugabe falls into this category, contrary to the moral norm, as he has shown no sign of taking responsibility for the human rights abuses in his country and there are many questions around his refusal to let go of power which has led a once prosperous country to widespread poverty and despair. Are these objective criteria?

But there is another comment I heard this week which I think is valid and certainly hasn’t been addressed: the scandal factor. A lady said it’s terrible because it brings yet more scandal to our Church – the thinking and experience of ordinary Catholics who face questions from their families, friends and colleagues every day? We can argue, legitimately, about what Canon Law says or claim (as some have) that the Vatican is a state AND Church and the distinction somehow makes sense in this case (although he wasn’t on a state visit but intentionally attending a religious event). And we can, and should, consider the dangers to Zimbabwean Catholics. But what about the scandal factor? It’s a tightrope because, ultimately, the Church believes in the supremacy of conscience  – a conscience this is formed and informed. We are all, ultimately, responsible before God.

However what about the external scandal factor and embarrassment suffered by too many Catholic men and women who hold uphold the Eucharist with the utmost respect and take their faith seriously? Good loyal Catholics have been offended and hurt by Mugabe’s presence and his reception of communion (and the fact that the Vatican “allowed” this) and this should not be ignored or down-played. The thoughts and feelings of Catholic men and women should be important and taken account of. It was a clever manoeuvre by Mugabe which has, intentionally or not, discredited the Church and impacted on our people.The media profile of the Church is not, given the abuse scandals, at its best, so how does yet another embarrassment impact on the faith and confidence of our people?

That’s, I think, the question that hasn’t really been answered. 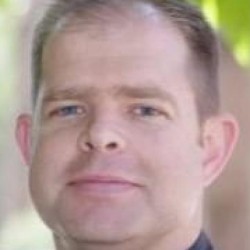