How will Jesus be revealed in the year ahead?

This month the Supreme Court of Appeal changed Oscar Pistorius’ conviction from manslaughter to murder of his girlfriend Reeva Steenkamp. In this story, two and more families suffer. 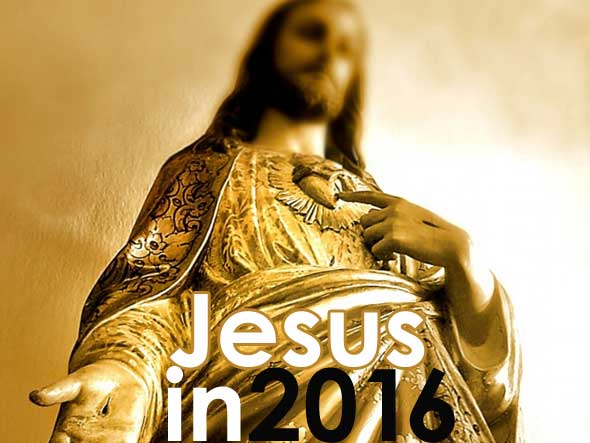 While acknowledging Oscar’s trespass, his family still stands by and supports him. Reeva’s family claims justice is done, as most people will agree. And yet, where is the closure?

In the past weeks there were more shootings to kill around the world, as well as many other acts of our inhumanity to our fellowmen. Have we gone mad?

Even if our cause is just, can we deny others their right to life? What is the message of Christmas, of life and hope and joy once again?

Looking back I find some of my little Advent reflections penned over the years as relevant as ever. Like this one from 2003.

The wise men had travelled far. They had come from the West, all the way from the US, across oceans and deserts they had come in their warships and tanks, their troop carriers and fighter planes. An anomaly. In the cause of peace they had come to fight a war, a war against terrorism, against fanaticism.

From the East other wise men had come bringing a message of non-violence, of quiet meditation and disciplined action. From the North had come wise men preaching prosperity as the answer to poverty and misery while from the South cries of misery and demands for rights and for justice and an end to wars resounded.

Who has the answers in this modern era? The wise men who came to a stable in Bethlehem brought only gifts. But their presence revealed a new king and a different kingdom. It roused King Herod’s burning jealousy and many innocent children were reportedly murdered.

Infants are still murdered for selfish reasons. More babies have died through abortion than in all the wars in human history.

Who has the answers? How will Jesus be revealed in the year ahead? Will it be in the churches, the temples, mosques and synagogues? Will it be in the democratic courts of justice or humbly in a home, a shack, a flat, any house that love has turned into a home?

Has he? Will Jesus be revealed in your home?

Another Advent story, from 2011, may be pertinent still, four years later.

As his birthday was coming closer he experienced the usual increasing sense of excitement, but anxiety too. He’d invited many to celebrate with him but would they come?

People seemed to have got into the habit of celebrating his birthday without him. They’d send a card or e-mail a greeting, often ready-made, downloaded from some free website.

They even used the occasion of HIS birthday to have a party of their own. That really got to him.

“It’s not just a party, it’s my birthday,” he complained to his mother.

Mary sighed: “Never mind, son. They’re getting into the spirit of it and you’re always going on about “the spirit”.  There’s a lot of caring and sharing going on in small ways in homes and workplaces. Even at global, international level they’re concerned about fair trade, justice and universal peace” [and in 2015 I should add the environment and global warming}.

“Fat lot of good that seems to be doing, I must say,” Jesus retorted. “But in a way you’re right, I suppose. Here and there people are becoming more aware, more concerned. They’re doing something about Aids, even if it is knitting jerseys. Some even shaved their heads or grew moustaches for cancer awareness or made speeches about abuse of women and children. But what I really mean is I want to share with them MY love, my joy, my peace – a peace the world cannot give.

Will you open your heart and your home to Jesus’this Christmas, his love, his joy and peace?

In the year ahead Pope Francis invites us to become more open to understanding, experiencing and practising his Father’s mercy. The 2016 Family Year Planner with its companion Mercy Minutes, gives ample suggestions month by month to reflect and share on the concept of mercy.

Mercy isn’t just kindness and sympathy but includes a willingness to take action as parents, youth, old and young so as to build homes of merciful love.

In developing the concept of mercy and forgiveness Pope Francis reminds us to pray for those who harm us. May they not “rot in jail”, as we too often want to say, while we, at the same time, may find ways for justice tempered by love to be done.

Visit www.marfam.org.za for information about Year of Mercy family resources.

Treasure The Gift Of The Beloved Son