Catholics Come Home, an organisation dedicated to inviting those back to the Catholic faith, has launched a new campaign meant to reach out to the millennial generation.

“Our CatholicsComeHome.org website and ‘Evangomercials’ have aired for over 18 years, helping more than a half a million souls home to the Catholic Church,” said Tom Peterson, the president and founder of Catholics Come Home, in a phone interview with Catholic News Service. “We are now speaking directly in the language of millennials through our new website and new Evangomericals on our CatholicsComeHome.com site to help encourage young people to accept our invitation home to Jesus and his holy church.”

Evangomercials is a name Catholics Come Home trademarked to describe its TV commercials on Catholic evangelism, which the organization says “change hearts.”

Peterson said he was inspired to help millennials, after speaking to Catholic families around the world who were saddened by their children and grandchildren leaving the church.

“Statistics show that 80 percent will leave their faith by age 23,” he said. “We felt the call to help in this new means of evangelisation.”

With the rising influence of secularism, young people now more than ever have left the faith. “There’s a tsunami of secularism that has permeated our culture, our nation and the world,” said Peterson. “Young people are the largest group to leave their faith. Many are also leaving, not only the church, but leaving Christian faith in Jesus, period. The increase of secularism, specifically the agnosticism and atheism has skyrocketed. The time is critical to do something to help bring souls to heaven. The young people need our help now.”

Catholics Come Home is not only an invitation to Catholics, but people of all faith and religious backgrounds.

“Our campaign is not only directed to young Catholics who have drifted from the faith, but also to any young person out there who may not have been exposed to faith at all, or who may have grown up in a different faith tradition,” said Peterson.

“In our focus groups, we noted that so many young people are looking for something more. We’ve created a new Evangomercial, called ‘Something More,’ that specifically addresses their needs,” he continued. “We’ve also used that concept of finding ‘something more’ in many of our other messages aimed at millennials. We’ve discovered that they’re looking for authenticity. They’re looking for answers, but they don’t want to be told what to do, they want to be invited in a gentle way. We feel that the new messages on our Evangomericals and website, will do just that, with God’s grace and the help of the Holy Spirit.”

The website tells the stories of those who turned away from the faith, and have since then reclaimed it.

“We’ve seen millennials return to the faith, through the efforts of Catholics Come Home,” said Peterson. “Three of their stories are on our website, CatholicsComeHome.com.” 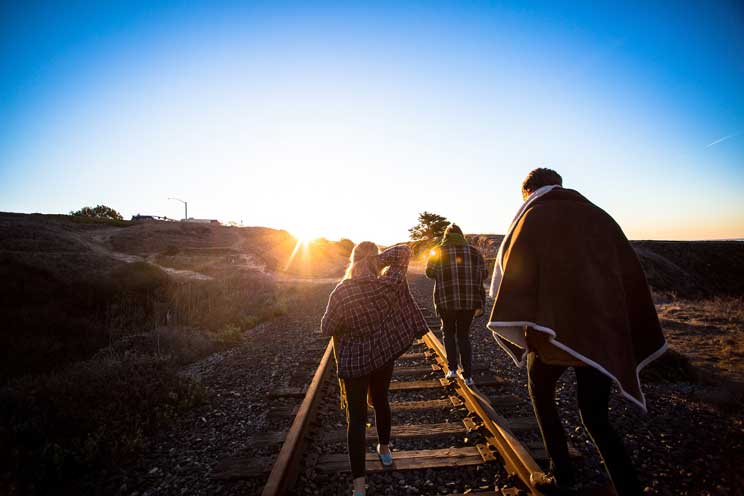 “We find that millennials are looking for the same thing as older Catholics, and that is something more,”We now know that something more is what Saint Augustine tells us, that our hearts are restless, until they rest in God.”

He said, of those featured on the website, some left the faith completely, while others were looking for a deeper faith.

“We find that millennials are looking for the same thing as older Catholics, and that is something more,” said Peterson. “We now know that something more is what Saint Augustine tells us, that our hearts are restless, until they rest in God.”

Although the campaign is aimed at millennials, he said, the message to them remains the same.

CatholicsComeHome.com, was launched in June, in advance of World Youth Day July 25–July 31.

On July 12, the Georgia-based organisation announced another initiative — a global evangelisation outreach to be carried out via its new international language websites and Evangomercials in “the nine most common Catholic languages” around the world: English, Spanish, French, German, Italian, Portuguese, Polish, Czech and Tagalog. Work is underway to launch websites in Korean, Vietnamese, Cantonese, Mandarin and Arabic. By Allana Haynes Catholic News Service