How are we Talking to Each Other? And What are We Talking About? 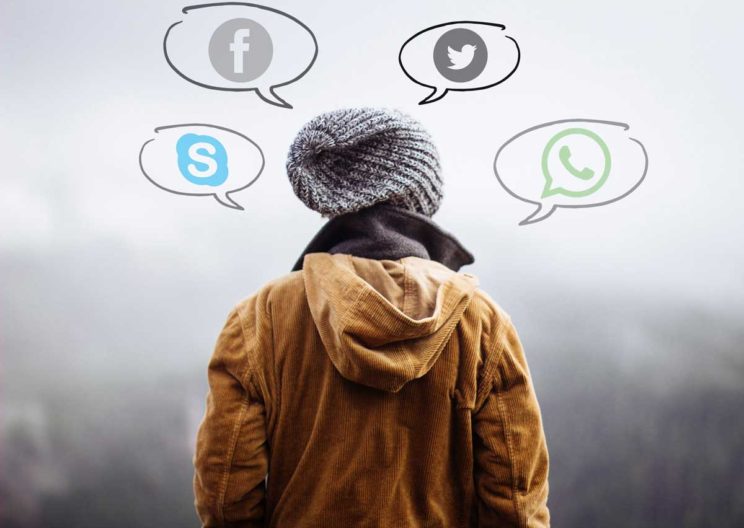 As the person responsible for communication for the bishops’ conference for seven years, I experienced the joys and extreme frustration of the efforts of Catholics to communicate.

The listing of the frustration would easily take up the next 400 editions of the paper, so I won’t do too much of that. Save to say that until communication is regarded as a constituent element of the Gospel, we won’t be getting anywhere. That needs funding, training, support and competent people in each parish, organisation, sodality, diocese and the bishops’ conference.

But let’s look at what is being done. In the few years since I left the bishops’ conference, there are two phenomena that have changed the Catholic communication landscape — I think for the better. The first of these is the widespread adoption and influence of Twitter. The second is the power of group communications like WhatsApp.

Twitter has changed the landscape by allowing a much broader spread of a type of “citizen journalism” in a way that far surpasses the “I had cornflakes for breakfast” appeal of Facebook.

Twitter has allowed the linking and quick dissemination of information (sometimes of questionable progeny) to a very broad audience. The expression “it spread like wildfire” really applies to Twitter!

The broadscale influence can be seen in how for instance the student protests #feesmustfall spread all over the country in a matter of hours. Even the use of the hashtag is a twitter phenomenon. Pope Francis and the many Catholic communicators active on Twitter are some of the nicest people I follow — and I follow and interact with over 2000 people on Twitter

The group communication enabled by platforms like WhatsApp have also made local communication much quicker. I wonder how cellphone companies continue to offer WhatsApp as “part of the package” when it surely must have killed much of their phone business. I am one who seldom uses my phone as a phone.

WhatsApp as a local communication method has also had untold damage on our ability to communicate face to face. One only has to go out to a restaurant or sit at the back of the church during a homily to see how much we are hooked to our phones and the immediacy of the message.

But the upside is that we are more able to share our needs and our joys.

Putting these two together, we get to see that ‘“the medium is the message” — Marshall McLuhan’s iconic and indeed prophetic lens through which we view our universe. It’s this meaning/message symbiosis that I think is the way forward for the Church—finding the immediacy of social media a platform for the daily and continuous good.

One of the most profound spiritual books that I read, and which remains a spiritual classic in my life, is Jean Pierre de Caussade’s Self Abandonment to Divine Providence. In it, the central concept is the idea of the sacrament of the present moment — an idea that I see played out beautifully in the Church’s use of media such as Twitter and WhatsApp groups.

We can use the media of the moment for good — not just slagging off the authority or complaining — which takes the majority of Twitter traffic. We need to immerse ourselves in trying to use the media for the message of the Gospel of Our Lord Jesus Christ.

WhatsApp has revolutionised parish communication in many ways. I notice this in the way that interest groups have quickly turned into prayer groups.

I am part of a WhatsApp group formed in preparation for our pilgrimage to the Holy Land in 2015. A practical response to the many questions people have before a pilgrimage has turned into a prayer and fellowship group that has remained active for over a year now. We all post, participate and pray.

This is Catholic communication: not PR but content—our life in Christ.

We Need A Child-Centred South Africa

On a recent flight from Johannesburg to Cape Town, the flight attendant announced that there was a medical emergency on...