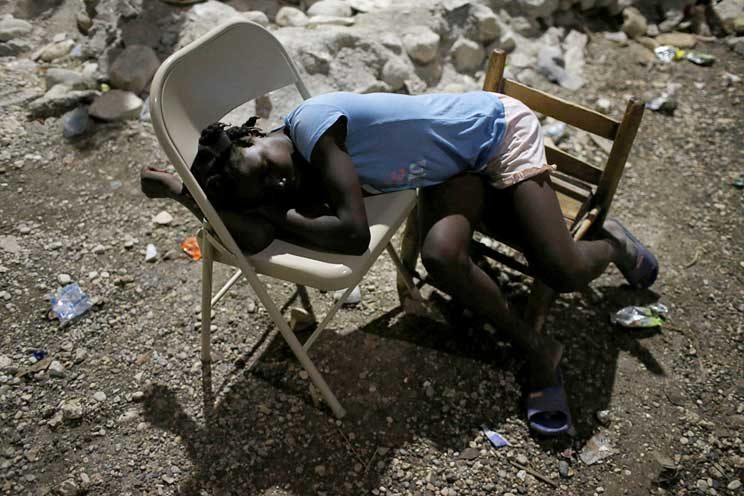 Poverty certainly exists in the U.S., but the percentage and severity of poverty in Haiti is far worse.

According to the U.N.’s World Food Program 2.5 million Haitians live in extreme poverty – on less than $1.90 a day. Approximately 100,000 children under five years of age suffer from severe malnutrition. Fewer than 50 percent of Haitian households have access to safe water, and 75 percent do not have adequate sanitation .

The ultimate causes of Haiti’s misery are rooted in human greed and power, says retired Webster University professor Bob Corbett, whom I contacted.

Having visited Haiti over 50 times in support of various development projects, Corbett explained that much of Haiti’s suffering is rooted in French colonial exploitation and slave labor, Haitian elites’ continuation of similar exploitation after independence, the international boycott of slave-holding nations against the first black republic, the imposed payment to France for repatriated lands of former slave owners, and the 1915 invasion of U.S. Marines accompanied by a 23 year American occupation of Haiti. Even to this day certain U.S. policies negatively dominate Haiti.

According to the Climate Risk Index, Haiti is rated the third most affected nation to extreme weather events. The massive 2010 earthquake that virtually leveled Haiti’s capital, Port-au-Prince, killed more than 220,000 people and destroyed or damaged nearly 4,000 schools.

For the last three years Haiti has suffered from a bone-dry drought that has withered up to 70 percent of crops in some areas, contributing to the threat of more than 1.5 million Haitians now facing malnutrition, according to the World Food Program. 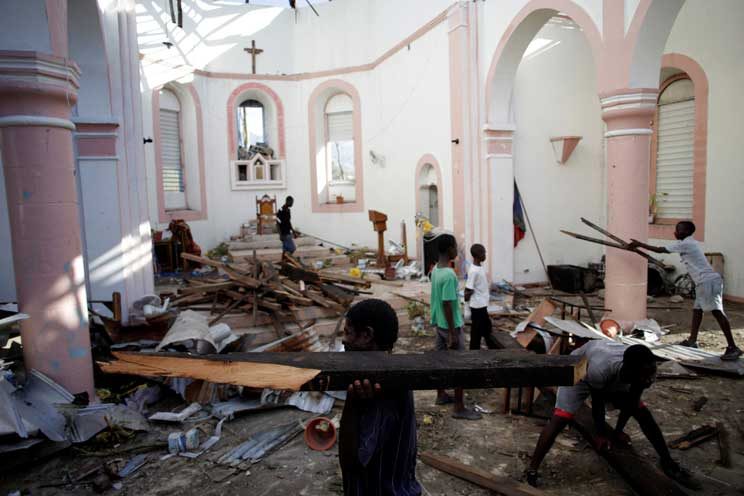 According to the BBC approximately 900 people have been killed by this recent hurricane. And parts of Haiti’s south have experienced “complete destruction” according to aid workers.

Catholic Relief Services is on the ground in Haiti helping in towns like Jeremie where their workers report tremendous destruction with nearly everyone out of water.

Kindly make as generous a donation as possible to CRS’ emergency work in Haiti .

Always trying so hard to set a Christ-like example for the Catholic Church and world, Pope Francis is sending $100,000 in initial emergency aid to help the hurricane ravaged Caribbean region, particularly Haiti.

The Holy Father’s donation is being made through the papal charitable office Cor Unum, which means “One Heart.”

May we pray and build a world that reflects the oneness in heart that God wills for all of his children.

After attacks, New Zealand bishops tell Muslims: ‘We hold you in prayer’
Share