A Mass in Music on a Desert Road

Very few people stay home day after day. Almost everyone, young and old, is out and about every day of their lives — but it follows much the same path, day after day. 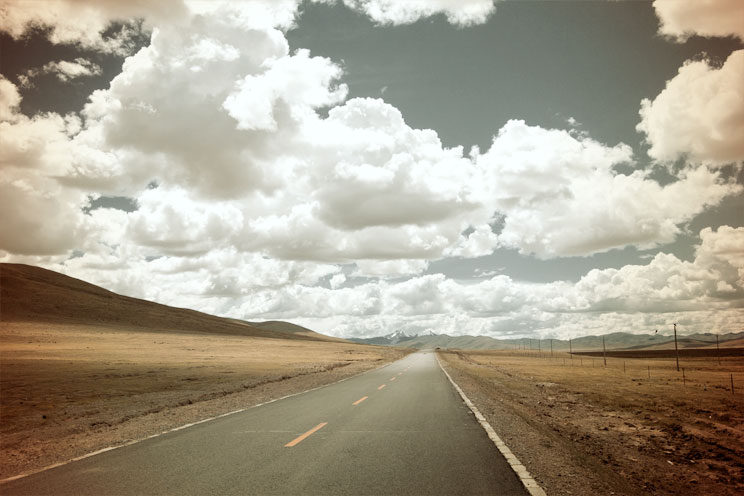 Walk, hop in the car or taxi or train or bus. Go to work, school, shopping, gym, the occasional outing; maybe a long trip from time to time. Mostly we are accompanied by noise, noise that we choose to fill our ears and heads.

For how many of us is travelling a joy, even just some of the time?

Half a century ago, we’d go on holiday when there were no highways and we marked off each place on the map between Johannesburg and Durban, and timed our journey. Then kids came along and the “Are we there yet?” litany started.

“Are we there yet?” is a preoccupation for most of us. So often the focus is on the destination rather than the journey.

For the People of God in biblical times, the biggest journey was the Exodus, God in his mercy leading them out of captivity to the Promised Land.

It wasn’t all smooth going either; they had to fight many battles to take and maintain possession.

Then there was the journey of captivity into Babylon, which was seen as punishment for having abandoned God’s ways.

Another biblical journey, that of the Holy Family from Bethlehem into exile in Egypt as they fled for their lives, was described by Lucy Rubin in the latest issue of Family Matters magazine. Have we thought of their anxiety as, according to tradition, they were pursued by Herod’s soldiers and saved only by a miracle?

God’s mercy was one of my reflections recently as I made a journey, travelling alone by car from Johannesburg to Cape Town—the long way round, via Upington and Kakamas, where I was made welcome by the sisters and listened to some of their stories.

The section of the journey from Kakamas to Springbok, before going on to Cape Town, was for me the most meaningful. I travelled through miles and miles of that desert country — even though unfortunately too late for the show of wildflowers that completely change the desert in early spring.

In the desert, being a music-lover, I played the music of “The Armed Man: A Mass For Peace” by Karl Jenkins. I was so happy to be participating again in a performance of that piece in Cape Town.

As I listened to it, I thought about war and peace, and how it is that conflict and violence just never seem to end.

The place where the journey of mankind from the Creation began, the Middle East, is still, and appears permanently, wracked by war, with hundreds of thousands killed and displaced.

Closer to home, the university students’ protests are a form of war as are strikes and the conflicts that tear families apart.

I realised that God is greater than all of these. The message of the words of Jenkins’ powerful work accompanied by most evocative music spoke to me of mercy in the Kyrie Eleison, Agnus Dei, and of anger, bloody men and flaming torches of war.

You can listen to “The Armed Man: A Mass For Peace” on YouTube.

The October family theme, “The Mission of Mercy is for Everyone”, came to life for me on this strange kind of retreat, but I felt blessed to have been able to make that journey and have the time and opportunity to reflect. It was food for my soul, as food is needed by everyone on their own and communal journeys.

Benedictus, praise be to God!

What is Humility Really All About?

No Bills, No Tips at Mercy Restaurant

Every afternoon, Asma Khalil and her three children — refugees from Syria — walk a half-hour from their one-room dwelling...