U.S. bishops try to figure out how to deal with Trump

Like many others, the U.S. Catholic bishops are trying to figure out how to deal with a president-elect who’s different from anyone they’ve dealt with in the past and one involved in one of the most rancorous elections in modern times. 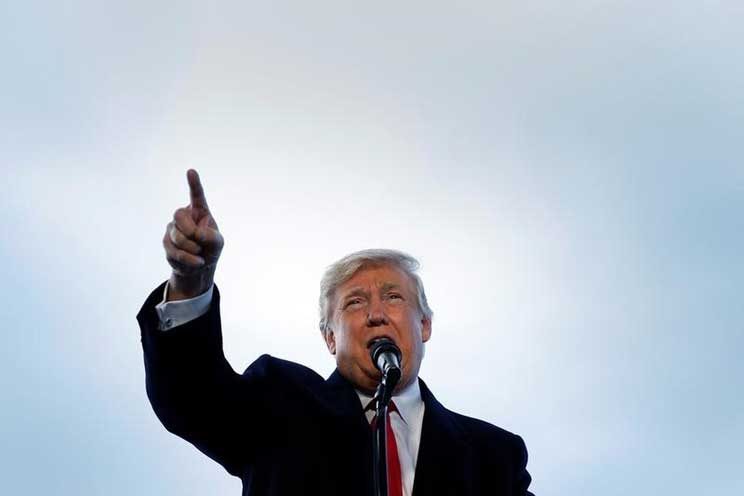 As a candidate, Republican Donald Trump, said some things that proved hurtful and worrisome to groups of Latino and black Catholics, but also gave hope to Catholics concerned about religious freedom and abortion.

At the fall general assembly of the U.S. Conference of Catholic Bishops in Baltimore in mid-November, church leaders tried to urge calm, caution and promote unity following an election season fueled by vitriol, name-calling and fear.

“The dust hasn’t settled on the election yet,” said Bishop Christopher J. Coyne of Burlington, Vermont, during a Nov. 14 news conference, adding that as a group of bishops, “we’ve just begun a conversation about how we’re going to move forward.”

This election, Bishop Coyne said, “it’s so beyond the pale of what we’ve faced before.”

“We knew the lay of the land when we approached a Democratic presidency or a Republican presidency, you’d go into Congress and approach them in (certain) ways,” he said. “This election has thrown all that out the window.”

“I think we need to talk about how we as bishops maintain the good news, maintain the things that we stand for as Catholics, seeking always the common good, in ways that serve the best way forward for all of us,” he said.

At the fall general meeting, bishops were peppered with questions about how they’ll work with or approach a Trump administration that made promises to anti-abortion Catholic constituencies yet insulted ethnic groups and threatened mass deportations, which some bishops have publicly opposed.

In a Nov. 15 news conference, Jesuit Father Thomas Reese asked Cardinal Daniel N. DiNardo of Galveston-Houston, who had just been elected president of the conference, whether, as USCCB president, he saw opportunities for dealing with a new Trump administration on pro-life issues and religious freedom issues, such as the contraceptive mandate in the Affordable Care Act.

“I have to admit at this point I’m not sure where the new administration is coming from,” he said.”My hope would be that we can sit down with the administration or meet with them in some fashion, perhaps even in terms of Congress, relative to some pro-life things.

I would certainly think some aspects of the Affordable Care Act would be great if we could sit down and see them worked out, relative to, let’s say, the Little Sisters of the Poor, and analogous things.”

The Little Sisters of the Poor have been in the forefront of several  Catholic entities fighting a mandate that would require them as  employers to cover contraceptives in their employee health plans over  their moral objections to such coverage.

Cardinal DiNardo added: “We would like to see the Hyde Amendment extended, as it has always been every year and not with the difficulties that were apparently attached earlier this year to its passage … appointments of judges are important.” The Hyde Amendment prevents federal funds from being used to pay for abortion except in cases of rape or to save the life of the mother.

The day before, Archbishop Wilton D. Gregory of Atlanta, addressing a question about Trump’s campaign promise to repeal the Johnson Amendment, which prohibits certain tax-exempt organizations from endorsing and opposing political candidates, said there was an important distinction to make. “There’s a big difference between political promises and political action,” he said. “The proof of the pudding is in the eating.”

What concerns him most, said Archbishop Gregory, is finding a peaceful way forward, not just for Catholics divided over the elections, but for the nation.

“One of the things we’re grappling with now is not just bringing Catholics together, but bringing America together,” he said. “We, in the life of the church, are united by our faith, by our religious conviction in liturgical life. This past election was so unusual in its hostility that it lay the foundation for this kind of unusual reaction.”

In any election, he said, there are winners and losers, but when the climate has been so inflamed, there were bound to be protests, no matter who won “because of the animus that marked the entire election,” he said.

“I would hope that we, as Catholics, no matter who you voted for, or (where you) are in the political spectrum, would be able to come together in Eucharist and say, ‘There is one Lord, there is one Eucharist, there is one church, and it’s big enough to embrace all of us,'” said Archbishop Gregory. “I am more worried about the nature of our society that seems to have taken in such violence and venom. … If we’re going to survive as a nation, we have to treat one another much more civilly.”

He also issued a reminder that no political party or political candidate embraces the full range of human life issues that the Catholic Church teaches.

“I’ve looked and I can’t find any,” he said. “There has been no political platform that has been proposed that coincides perfectly with Catholic Social Teaching on the dignity of human life … That’s why it was so difficult for people to vote … (there was) some dimension of human dignity and the respect of life on one political party, and another part on another. But there no one cohesive expression of Catholic Social Teaching can be identified with any political party.” By Rhina Guidos Catholic News Service