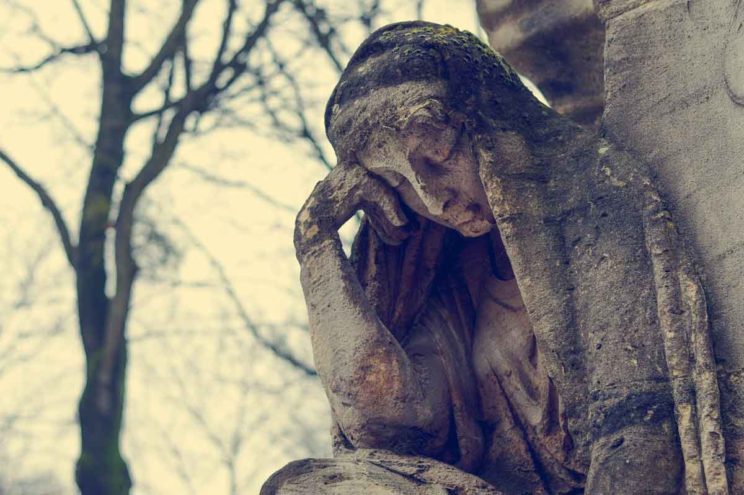 The months of the year Catholics dedicate to the Blessed Virgin specifically are May and October, but our focus is on her throughout the year — every time, to begin with, when we pray the rosary.

In December, we keep Mary in our sights: in the feast of the Immaculate Conception and as the mother of Our Lord in the Nativity narrative.

Catholics have a great love for Our Lady, and devotion to her is a source of enormous strength and comfort on our pilgrim journey on earth.

The rosary and the associated meditations are at the centre of our faith in Christ’s life, death and resurrection. Through the rosary and other prayers to Mary we find a shortcut to her Son Jesus, who mediates on our behalf with God.

Her many feasts and titles allow us to form close personal relationships with her. These can be formal or intimate, based on a gospel passage or on the words attributed to her by those who report having received Marian apparitions.

While Catholics are not required to accept any private revelations, which include Marian apparitions, as authentic — and the Church itself is selective about those it authorises for veneration — the messages that emerge from these can enrich our spiritual lives.

But on occasion they can also be divisive. The so-called “third secret of Fatima” is the source of much rancour and suspicion in some quarters which allege what amounts to a conspiracy by Church authorities.

In 2000, the Church finally released the third secret, which turned out to be, unspectacularly, about the 20th century persecution of Christians that culminated in the failed assassination attempt of Pope John Paul II on May 13, 1981, the 64th anniversary of the first apparition of Our Lady at Fatima.

The conspiracy theories have not abated since and are still forcefully presented.

Further division is caused by disputes concerning sites of reported apparitions that are not approved by the Holy See, such as Medjugorje in Bosnia-Herzegovina or Garabandal in Spain. The so-called “third secret of Fatima” is the source of much rancour and suspicion in some quarters which allege what amounts to a conspiracy by Church authorities.

In Medjugorje, various visionaries have reported ongoing apparitions of Our Lady since 1981. The local diocese claims that these apparitions are not authentic, and the Vatican has not issued a final decision on the matter, although an investigation was concluded almost three years ago. In successive comments on the Medjugorje apparitions, it issued a non constat, meaning that the reports cannot be confirmed to be of supernatural origin.

The issue remains sensitive. When Pope Francis, a man of great Marian devotion, visited Bosnia last year, he did not go to Medjugorje.

Yet, even without Vatican approval, Medjugorje has become a hugely popular pilgrimage attraction. Clearly, the place and the messages have broad appeal.

Indeed, the reported messages are simple and sound: to pray often, to fast, to do penance.

Like all places of pilgrimage, Medjugorje is sanctified by the prayers of the people who come there and by the graces they have received there.

Devotions based on Marian apparitions have very apparent faith-strengthening properties — and Medjugorje is no exception.

Even when the Vatican releases the findings of its investigation into Medjugorje, the disputes will remain (which may explain why no report has been issued as yet). But little good is accomplished by intemperate debate between proponents and adversaries of Medjugorje.

It most certainly cannot be the will of Our Lady that devotion to her be turned into a battleground.

That must go also for our discourse with Protestants, some of whom misunderstand the Catholic (and Eastern Orthodox) devotion to Mary, or even mistake that devotion for worship.

Such Protestants often do not explore Marian devotion beyond the dogma they reject (such as the Immaculate Conception and the Assumption), the apparitions for which they have no use, and what they feel is an undue emphasis on Mary in Catholic practice.

There is, however, an awareness of Mary in Catholic thought that should resonate with all the followers of Christ.

St Augustine reminds us that as the mother of Jesus, Mary is the mother of all Christians. Therefore a relationship with Christ surely is deficient if it understates or excludes his mother.