A Swiss bishop has instructed Catholic priests not to give last rites to people suspected of seeking assisted suicide, following a sharp rise in the practice in his country. 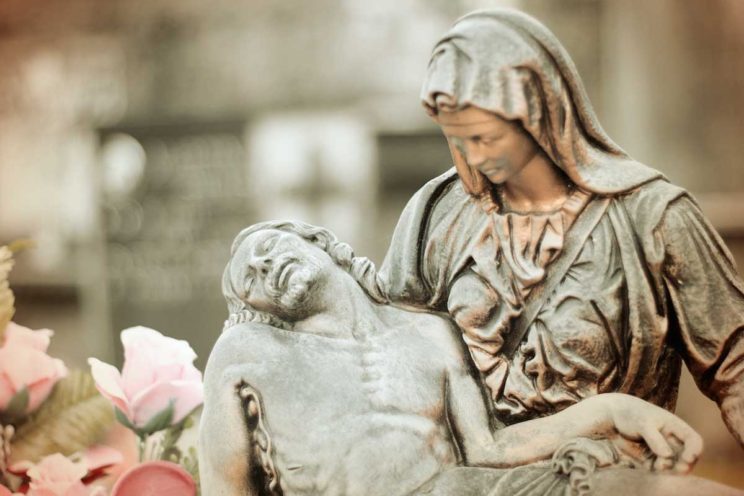 “It is increasingly difficult to take the right decisions in the face of death – there’s even a sense of helplessness,” said Bishop Vitus Huonder of Chur.

“The readiness of a suffering patient to commit suicide with help from a bystander places any priest in an impossible situation if called to administer sacraments. Under such conditions, their reception is impossible – all a priest can do is offer a prayer of intercession and commend the dying to God’s mercy.”

In a pastoral message for Human Rights Day Dec. 10, the bishop said contemporary society was “showered with random data” and often showed a “frightening superficiality towards moral issues.”

However, he added that church teaching was clear that medical treatment should “respect life as well as death,” and not “impair the natural process of dying.”

“Medicine’s modern possibilities have made us increasingly dependent, especially if no longer capable of judgment, on qualified persons in the last stage of our existence,” said Bishop Huonder, who is also apostolic administrator of Zurich.

“But from a Christian viewpoint, life and death are in God’s hands – we do not decide about them for ourselves. Suicide, like murder, contradicts the divine world order.”

Catholics traditionally make up 44 percent of the 7.1 million inhabitants of Switzerland, whose six dioceses combine German, French and Italian speakers.

Euthanasia is permitted under Swiss law, if “not motivated by egotistic considerations,” and has increased rapidly, according to a Dec. 5 report by Neue Zurcher Zeitung. The daily said 999 euthanasia deaths were legally recorded in 2015, up 35 percent from the previous year, adding that a “change of values in society” had made the practice “a new normality.”

In his message, Bishop Huonder said improved palliative care had raised “medical, social, humanitarian, religious and pastoral questions,” while death should not be “delayed irresponsibly” through “therapy at any price.”

However, he said a “widespread change of attitudes in society” had created pastoral difficulties for clergy, as euthanasia organisations stressed the right of patients to choose when to die.

“The administration of sacraments of penance, anointing and the Eucharist is a source of comfort to the seriously ill and dying,” said Bishop Huonder. “However, it is the grave duty of a priest in pastoral charity to discourage self-destructive projects outside the scope of eternal salvation, and to help patients to understand and obey the will of God.”

Assisted dying and voluntary euthanasia have also been legalised in Belgium, the Netherlands and Luxembourg and are the subject of legislative initiatives in several other European countries.

In a statement, Switzerland’s Zurich-based Dignitas clinic, which gives lethal injections to fee-paying customers, accused Bishop Huonder of “spreading contradictions” and said many terminally ill patients would “die much earlier” if their fate was left to “God’s omnipotence.”

The company added that the European Court of Human Rights had ruled in 2011 that individuals had a right, if “able to form an opinion freely and act accordingly,” to decide “how and at which time their life is to be ended,” and said Dignitas allowed patients of all faiths to “involve clergy in their personal process toward dying.”

The Catechism of the Catholic Church says medical treatment can be legitimately withdrawn when “burdensome, dangerous, extraordinary or disproportionate.”

It notes, however, that intentional euthanasia, “whatever its forms or motives, is murder.”-CNS

First Communion at Our Lady of Lourdes, Rivonia

Pope to New Cardinals: Be Agents of Unity

The Catholic Church’s 17 new cardinals must dedicate their lives to being ministers of forgiveness and reconciliation in a world...