Some of my friends believe that Jesus performed miracles, because the Bible says so, but they find it hard to believe that the Church accepts that miracles happen, such as in the cause of the canonisation of saints. They say the Church’s word is not as credible as the word of God. Can you comment, please? H Ferreira 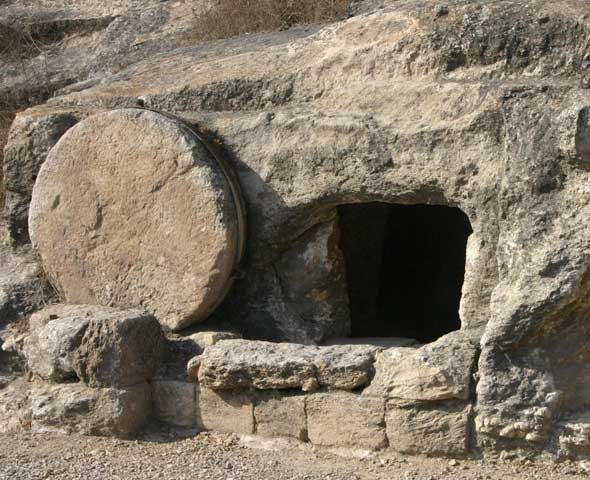 A depiction of the tomb of Jesus. All Christians believe in the miracle of the resurrection of Jesus.

Read John 11 where Jesus learns that his friend Lazarus is ill and, later, that he has died. When Jesus goes to Bethany, Martha gently chides him, saying if he had been there sooner, her brother would not have died. Notice how much faith she had in Jesus and acknowledged him as the Christ, the Son of God.

Some of the crowd around Lazarus’s tomb had the same expectation that Jesus could have prevented Lazarus’ death: “Could not he who opened the eyes of the blind man have kept this man from dying?”

Their confidence was rewarded when he called the dead man from the tomb and presented him to his sisters alive. Many doubting Jews then believed in him, but some of them ran off to the Pharisees, afraid that if too many applauded the signs that Jesus performed, the Romans would retaliate and punish the people.

All saw the same spectacular event, a man dead for four days being restored to life. Their reactions were poles apart. Those who had faith in Jesus, and those who were moved to faith in him, understood at once that raising a dead man to life was the sign of God’s presence and power.

Those who, notwithstanding the magnificence of a miracle, ran off to report Jesus to the Pharisees, saw no such sign. Their motive was political. The great things Jesus said and did, they apparently considered to be crowd-attracting stunts that would bring down the anger of their Roman overlords.

In many places in the gospels Jesus indicated that he wanted people to show faith in him. He performed miracles in response to those who believed he could. He did not work many miracles where there was lack of faith (Mt 13:58).

When the Church, after thorough investigation, attests that miraculous cures have been granted through the intercession of a saintly person, it does so in the same tradition as the miracles described in the gospels. The Church’s word in this case may not be as credible as the gospels but there is the same faith in Christ, faith in prayer and the certainty that these signs declare that God is still present with us.

Accepted miraculous events challenge our faith in Christ. They are much more than mere remarkable incidents that can be shrugged off as inexplicable because their cause is obscure.