Can I Marry a Muslim in Church?

My fiancce of nine years is Muslim and I am Catholic. We are supportive of each other’s religion and feel that as the fundamental beliefs are essentially similar, there is no need to convert. We would like to marry in the Catholic faith and in Islam. His imam is more than willing to marry us without my converting. I have been told it would not be possible for a Catholic priest to marry us. Is this true? It is most important to both of us and my family as well. Name withheld 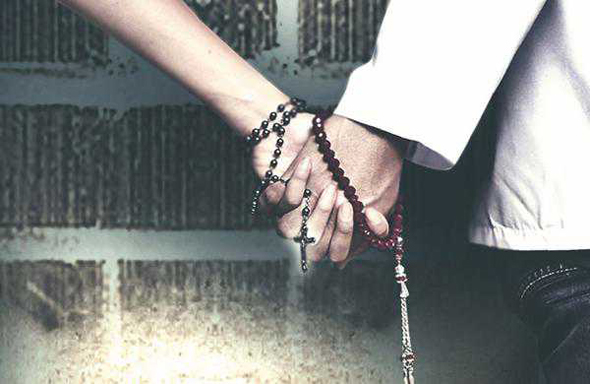 You do not say whether you have spoken personally to an imam or to a priest, but you are aware that both Islam and Catholicism are reluctant to approve marriage across the faith barrier.

The Church will permit a Catholic to marry a member of another faith on the following conditions:

– the Catholic must declare readiness to remain loyal to the Catholic faith, and promise to do all possible to ensure that any children are baptised and brought up in the faith;

– the non-Catholic must be informed of this and understand the obligations the Catholic has undertaken. Also, the couple must be given instruction on the Church’s teaching on marriage.

Marriage vows, in which each party gives free consent to the union, are valid and complete once made in the Catholic rite of matrimony. The couple are then truly married and any other religious celebration before or after this event, which expresses giving or renewing matrimonial consent, is forbidden. This regulation is a strict one for Catholics and will apply in your case.

If the imam is willing to accept your non-conversion to Islam he should furnish you with all conditions that are laid down by Islam for the marriage of a Muslim man to a Christian woman.

I do not want you to feel I am pouring cold water on the prospect of a happy wedding ceremony and marriage, but before going ahead, it is important that you each be more than just supportive of each other’s faith. Get to know the significant doctrinal differences in more detail and how your consciences may react in future to particular teachings or practices of the other’s religious observances.

The fundamental beliefs of Islam and Christianity may not be as similar to each other as you imply.

It is not impossible for you to be married in church but there are many ifs and buts. You and your fiancee should have a heart-to- heart talk with his imam and your priest about it.