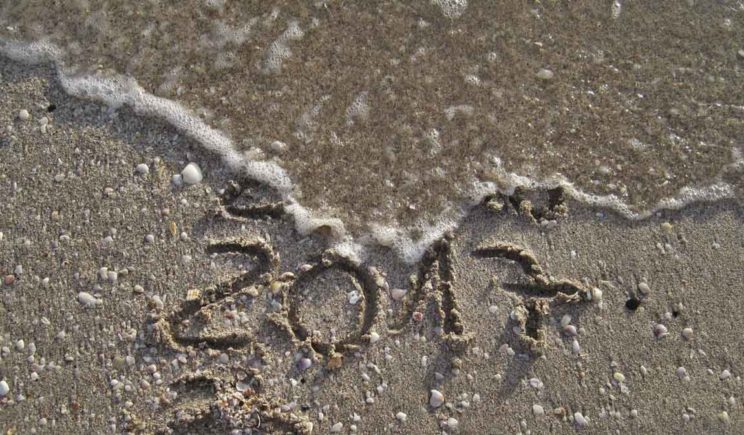 To say 2016 was a tumultuous year — in national and international affairs, and for me personally — is an understatement.

At home, our president careered from one scandal into another. Nevertheless, though bruised, he still stands.

Our economy has steadied a little but it is still unable to achieve meaningful growth that would lift many from their precarious economic positions.

Social cohesion is still a pipedream, as more and more incidents of born-again racism emerge. But the majority still believes in the bona fides of the Rainbow Nation, which is good. Things will remain volatile; the poor, especially in the townships, are restless and have lost hope in the quality of our leadership, both in government and the private sector.

The private sector still acts as if it is the government’s responsibility to create jobs, and theirs is just to harvest profits. They lack real solutions that are pertinent to our economic conditions. Meantime, the government is still operating on the wishful thinking that the National Development Plan will accomplish projections of 5% economic growth.

Our parliament, at last, seems to be recovering from its zoo status. It has finally decided to take its duties seriously, by making sure those tasked to run state institutions become accountable.

It is unfortunate, though, that parliament waited until the sewer burst in the SABC before they drained the swamp. Still, better late than never, even if we all know that this is more about factional battles within the ruling party than a desire for clean governance.

Social cohesion is still a pipedream, as more and more incidents of born-again racism emerge. But the majority still believes in the bona fides of the Rainbow Nation, which is good.

Still, in Yeats’ language, the best lack all conviction, while the worst are full of passionate intensity.

In the Church, our bishops have followed Pope Francis’ lead in admitting their failure in responding to sexual abuses within the Church. I hope the faithful, especially those wounded by the abuse, find it in their hearts and prayers to trust their shepherds again. Naturally the pope has made many enemies within the Church, and makes others uncomfortable.

Pope Francis continued making news by opening up the heart of the Church to the world. He ended the year in meeting, among others, the renowned atheist Stephen Hawking. Once again Pope Francis taught us that the primacy of love overcomes everything. It’s something he started early in his papacy when he made it clear that he refuses to judge those who love within a same-sex relationship.

Naturally the pope has made many enemies within the Church, and makes others uncomfortable.

In his characteristic way, he shrugs his shoulders, reminding us of what Christ said: “Alas for you lawyers who have taken away the key of knowledge! You have not gone in yourselves and have prevented others from going in who wanted to… Alas for you lawyers as well, because you load on people burdens that are unendurable, burdens that you yourselves do not touch with your fingertips” (Luke 11).

On a personal note, it has also been a difficult year — almost everything that could go wrong did go wrong. But it ended on a good note and promise of new direction in my life, to replace the years eaten by the locusts.

During this difficult time I have received a lot of kindness and support from my family, friends and fellow parishioners. As such I am learning anew that the family and Church are the first microcosm of justice and love we seek from the world.

I shall continue spying and eavesdropping on the Public Square — did you notice the change in the title of this column? — sending snippets to you as we try to make sense of what it means to live in this post-secular world where religious thought is on the rise while its institutions seem to wane.

This is the public square where many intellectuals are bent on embarrassing religion out of existence while employing the Christian matrix—morals, ethics and values — to organise the modern secular institutions. It’s something that isn’t really surprising since the very secular notion of Enlightenment emerged from Christianity.

This is the public square where the religious people spurn the traditional Christian institutions while organising themselves in local autonomous church communities, as seen by the mushrooming of the Pentecostal hall churches.

What to do with the resurgence of the nation state, with its attendant violence, xenophobic and racist nationalism, exclusive greed and oppression of the poor and of “the other” who feel rootless in the contemporary world?

We soldier on, with the hope that by the time we are done we may leave the world a better place for our kids to continue the battle.

So, all the time, be patient and deal kindly with one another. And never forget that we are the first sinners, that the Church is not a hotel for saints but a hospital for sinners.