When the Lord tells you to “Get Up!” 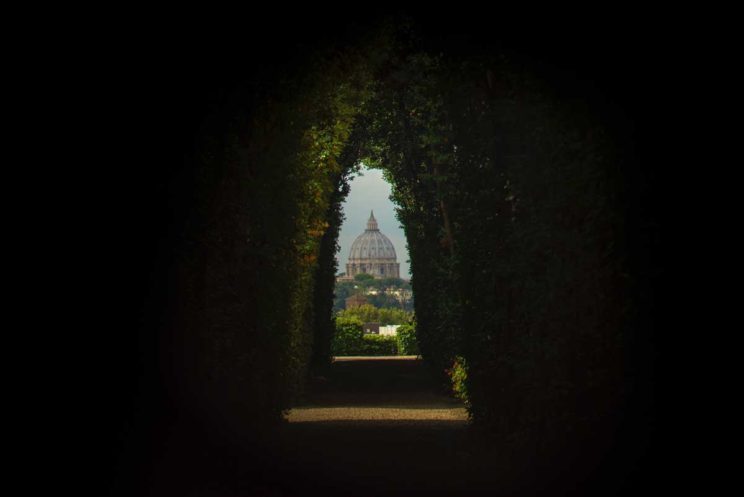 While God is the one calling people to a vocation, clergy and religious have to cooperate by being inspirational role models, keeping their doors open and giving restless young people constructive things to do, Pope Francis said.

Praying for vocations and holding meetings to discuss effective strategies are key, he said, but if those things are done “without making sure that the doors are open, it’s useless.”

Setting aside his prepared text, the pope told his audience it was too early in the day to make them fall back asleep again by reading aloud something they could read later. Instead he wanted to talk to them about the conference theme of the divine command – “Get up!”

The pope recalled how Peter heard this call while he was sleeping, chained in prison awaiting trial. An angel told him, “Get up quickly” and “Put on your cloak and follow me.” The angel freed him and led him safely to an alley, but then left him there alone, a bit confused at first, but then excited and eager to find his friends.

Unfortunately, the pope said, when Peter got to the home where his friends were praying fervently for him, the door was shut and the servant didn’t think to open it right away when she heard him calling.

How often does this happen today, the pope wondered, with so many people praying for vocations and for the Lord to tell people to rise up and be free, but then when those people go out to seek what they are looking for, they find a closed door.

This happens when a priest has very limited or inconvenient hours for receiving the public or for hearing confessions or when the parish has a very unfriendly secretary who “scares the people away. The door is open, but the secretaries show their teeth” like a snarl.

“To have vocations, being welcoming is necessary. It’s in a home that you welcome” people, he said.

The pope said he knows how tiring, frustrating or difficult it can be to do outreach with today’s young people.

He said when he was young, he and his friends were happy to go to parish-organised meetings where they just sat around and talked about a particular topic, then went out after to watch a game at the stadium or do some charity work. “We were easygoing” and didn’t need so much activity like young people today crave.

To foster vocations, he said, “you need to make young people walk,” do something, go on a journey and accompany them – “an apostleship of walking” and working because it will be while they are helping and interacting that they will feel part of the church and then start going to confession and Communion – not the other way around, he said.

Priests also have to “be nailed to the chair” when they listen to young people who come to see them for guidance or answers. They have to be patient and make the person feel they have all the time in the world to sit and just listen, offering very brief comments like “a seed that will do its work from the inside.”

Young people may have dreamy, crazy ideas or really tough questions or cause trouble with their “shenanigans,” but that’s because they are young, “thanks be to God,” and eventually they will get their act together with time, the pope said.

The pope urged the priests and religious men and women how important it was they set a good example for young people.

It’s true people are called to a religious vocation by God, he said, but it is also true a majority of those vocations were also prompted by the effective, inspiring witness of the people in their lives. By Carol Glatz Catholic News Service

I am confused about whether I can receive the Eucharist at Mass and then receive it again at a Communion...