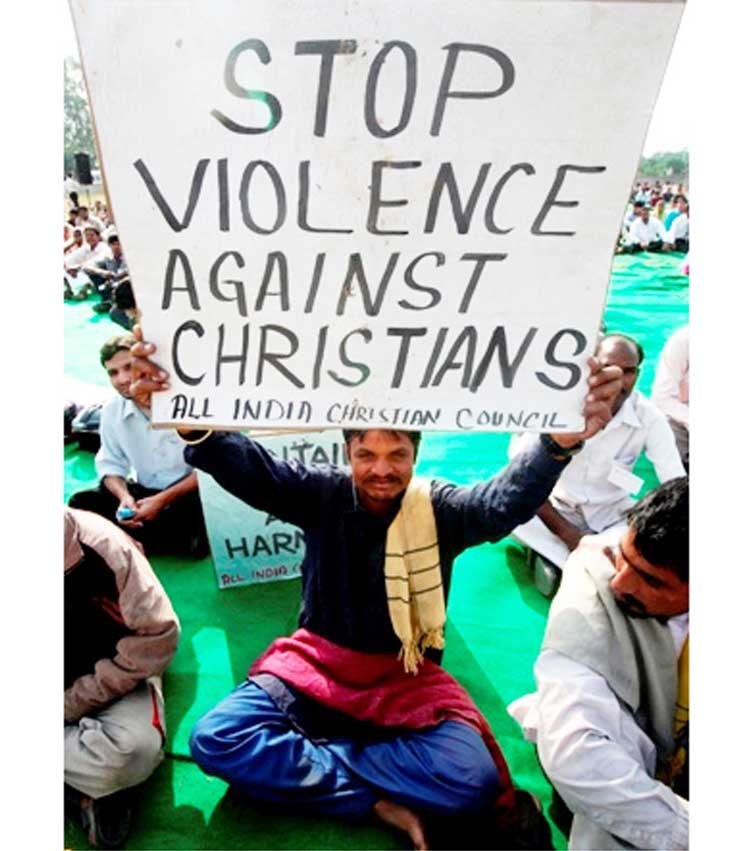 General Intention: That persecuted Christians may be supported by the prayers and material help of the whole Church.

The martyrdom of St Maurice and the Legion of Thebes happened a long time ago but the issues it raised are still with us today. This military unit of the Roman army, which happened to be made up of Egyptian Christians, was ordered to Europe to put down a rebellion in France. Because they were Christians, the legion refused to offer incense to the Emperor Diocletian and the order was given to decimate it, that is, to kill one in every ten soldiers. According to the story, the decimation process was repeated until Maurice and his men were all dead.

The core issue, as with all martyrdom, is that there is always a point at which loyalty to the state is limited by the martyr’s ultimate loyalty to God.

Maurice and his men, along with many other martyrs of the time, felt that they could not participate in a ritual which made a man into a god: it was a line they could not and would not cross.

It’s difficult to avoid persecution when you have rulers with serious god-complexes. Such people are usually monsters whose all-consuming need is to control everything and everyone, even how others think.

These power-addicts need absolute loyalty from their followers. Surprisingly for a democratic age, we still have some survivors. Kim Jong-Un of North Korea would be a good candidate. This creepy young man with the bad haircuts behaves like a savage god who capriciously takes life at the slightest slight.

The North Korean equivalent to burning incense to the emperor is the hysterical adulation that people are expected to express whenever Kim Jong-Un appears in public. Clearly people are terrified that they will be noticed for not cheering lustily enough. It’s quite hard to get reliable data on the state of Christianity in North Korea because of the extent to which the state is cut off from the rest of the world. However, Christians obviously have to be very discreet about their faith, unsurprisingly when you’re dealing with a leader who is perfectly happy to have officials summarily executed with anti-aircraft guns!

Often the persecution of Christians in authoritarian states, whether religious or secularist, serves a political purpose — to distract attention from the shortcomings of governments or to pull an unstable and fractious society together against an imagined common enemy.

At the same time, there are clearly also groups of religious fanatics who feel it their religious duty to suppress Christianity by violence, including killing. They too have a partly political goal, which is to establish “pure” religious societies in which everyone lives their public and private lives according to a strict interpretation of the faith.

Where does this violence come from? It seems that most religions are prone to this from time to time — that fanatical puritanism which will not tolerate difference or otherness.

Sadly, we can see that this violent zeal is doing huge damage to societies in the Middle East and elsewhere. It is like an echo of the devastation of the Thirty Years War in Europe in the 17th century. Extremism like this is never satisfied.

Once it has dealt with Christian or Jewish minorities, it then turns on those elements which are not zealous enough among the majority. The logic of such extreme zealotry is an unending jihad or crusade.

We pray for Christians in such situations and we support them through our international agencies and diplomatic reach.

We pray for the whole Church too. It seems that this grim sign of the times places a historic responsibility on Christians and particularly Catholics to give witness to the possibility of living one’s faith in a multi-religious world and holding fast to the belief in religious pluralism.