Are You At The Cross? 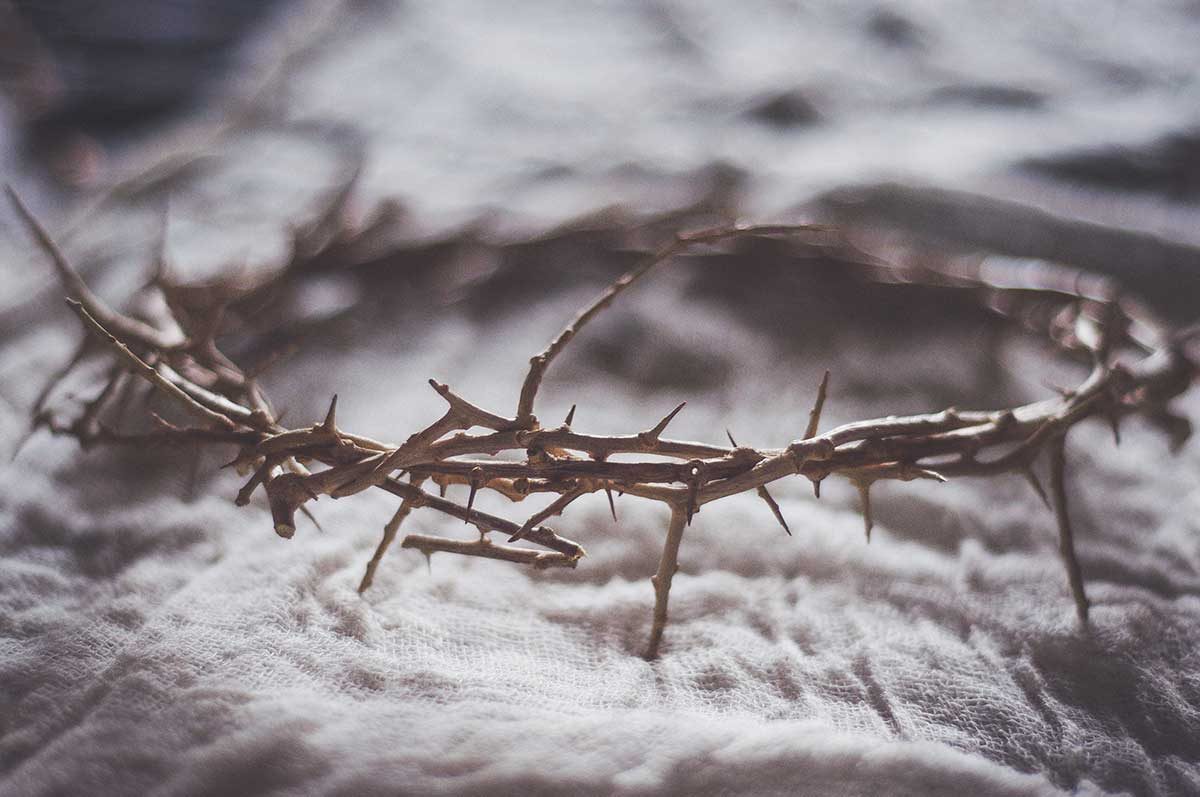 But this trembling should be occasioned not only by our horror at the suffering of our beloved Lord Jesus Christ, which the hymn recalls. We may also have cause to tremble at the answers to the question the hymn poses for us today.

Are we there at the cross, standing with the women whose devotion to Jesus conquers their fear, whose fidelity to the Lord is complete?

In truth, most of us at some point — or maybe even much of the time — have taken flight from Christ, like the male disciples did, because we are so often faced with having to make compromises in our temporal decisions, in our careers and in our private desires, which come in the way of an absolute fidelity to Christ.

We may, like Peter in the courtyard of the Sanhedrin, deny Christ: by doing things that we know violate the code of ethics instilled into us by our faith in Christ. When we sin, we deny Christ. We are no better than Peter in that courtyard.

But we have the consolation, like Peter did, that Jesus loves us unconditionally. No matter what we have done, there is always a way back to him.

This is the lesson Bernadette Goulding shares with us in this issue when she narrates her emotional and spiritual struggles after having had an abortion, and her eventual healing and reconciliation with God.

We nail Christ to the cross when we engage in activities that harm others, and keep on hammering in acts of spite or callousness that assail the dignity of groups of people, individuals and life itself.

We might not be there when they crucified the Lord because we pass by the scene in our busy lives, not indifferent but occupied with more important things, thinking it is enough to attend to Christ on Sunday. Are we there with Jesus at all times?

Were you there when they crucified my Lord? Sometimes we may be: not as the grieving women but as the people hammering the nails through his wrists and ankles.

Many who profess the Christian faith are acting in ways that not only deny knowing Jesus but even repudiate his teachings.

We may do this, for example, through our disregard for the poor — be it through the commission of common crimes or business collusion such as price-fixing or simply self-centred indifference to the impact our decisions have on those Christ calls us to aid.

We nail Christ to the cross when we engage in activities that harm others, and keep on hammering in acts of spite or callousness that assail the dignity of groups of people, individuals and life itself.

Few of us can claim to be entirely innocent of the charge of having been there, hammer in hand, when they crucified the Lord.

But, like the centurion with the lance at the cross — the man tradition names as Longinus, who caused the last of the Five Holy Wounds of Christ — we always have the option of turning away from our big and small iniquities.

Like Longinus, we have the option of looking at the Lord on the cross, repenting and exclaiming: “This man truly was the Son of God,” and accepting grace.

And there are two others present when they crucified our Lord: the men executed on crosses at each side of him. One taunts him, rejects the promise of salvation. But the other condemned man acknowledges Christ as the Saviour and is redeemed.

As Christians it is our calling to live in such a way that we won’t end up on a cross — but if we do, we still have the hope of salvation. None of us is beyond redemption, if we genuinely seek it.

Our question this week is whether we will stand with the women at the foot of the cross, loyal to Christ in every way, even if it hurts us.

And will we accompany Mary Magdalene to the empty tomb, joining her in the witness that Christ is risen?

Mystery of Life from Death

Be Transformed Through True Repentance

Kelvin Banda OP - The mercy and forgiveness which God offers us should always be accompanied by our acknowledgement of...