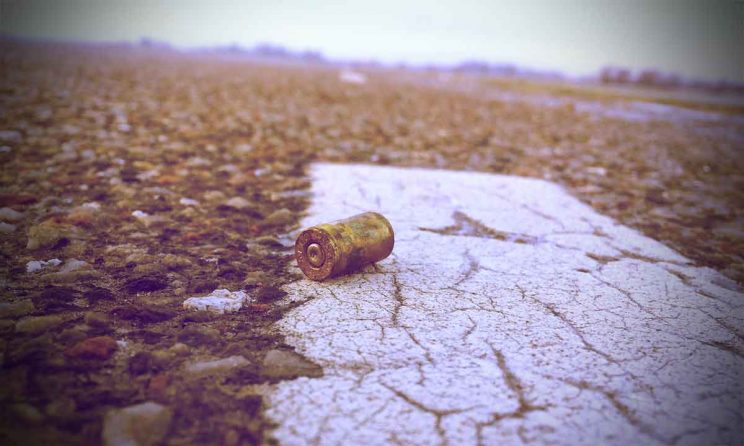 General Intention: That national leaders may firmly commit themselves to ending the arms trade, which victimises so many innocent people.

The United States  recently attacked the Taliban with the so-called Massive Ordinance Airblast Bomb (MOAB) in Afghanistan. The US Air Force says that these monsters each cost “only” $170000 (R2,3 million) but critics point out that if you take into account the development and deployment, the figure goes up to about $300 million (R40000 million) a bomb.

And this is small change by comparison to other weapons such as stealth bombers and aircraft carriers. How much does it cost to run an aircraft carrier every day? Who knows? Well, I’m sure the developers and suppliers of this deadly technology know and are quite happy with any “cost overruns” that occur.

There is huge money in arms, which is why it is so difficult to control, let alone stamp out. National leaders, no matter how well intentioned, are under extreme pressure to turn a blind eye to their countries’ involvement in the arms trade. There is simply too much money at stake — blood money, but so big that we ignore the blood.

Even countries which are admired for their human rights records often have massive skeletons in their moral closets when it comes to arms. Neutral, democratic Sweden does a brisk trade in arms. South Africa is also an arms supplier, specialising in certain military technologies like the self-propelled Howitzer and armoured military vehicles. Whether we like it or not, we are all tainted by this trade in the merchandise of death.

These days we tend to complain that we are in a continual state of economic crisis but interestingly enough there’s always money for certain things — alcohol, tobacco, drugs. It’s one of the mysteries of economics that somehow, even where there is very little wealth around, these expensive things can be bought and sold, even fabulously expensive things like military materiel.

More extraordinary still is the case of armaments in the developing world. When you watch reports of some of the current conflicts the backdrop is so often desert or semi-desert. There seems to be nothing to harvest. Towns and cities are in ruins and people are clearly in a survival economy, depending on UN and NGO aid and any private sources they may have such as relatives abroad.

In the midst of this wasteland, soldiers flash their weapons as they ride by on tanks and armoured vehicles. In the house-to-house fighting they rush here and there, spraying machine gun fire in the vague direction of the enemy. Civilians are starving but there’s money to pay soldiers and supply them with weapons.

Obviously, their weaponry is low-budget stuff by comparison with their US or Russian air support, but consider this: a single round for an AK47 rifle can cost around R3,00. That is maybe R30 a volley. It all mounts up, and in the end, this is money spent on killing and maiming other people.

We are in an era described by one military thinker as “wars among the peoples”. This means that all these very powerful weapons routinely wreak havoc among civilian populations. The expense of the weapons is nothing compared to the human cost of the suffering they inflict — the deaths of bread-winners, the terrible injuries that have to be treated long-term, the trauma (especially of young children), the famine in places like Yemen.

It occurs to me that although we may express outrage about conflicts in places such as Syria or South Sudan, we rarely read or seek any analysis of who is fuelling these apparently endless and profoundly stupid wars.

More naming and shaming of culpable countries and individuals is needed and the truth should be broadcast loudly and often. We seem to have forgotten how to ask the right questions about this trade. We have failed to demand accountability.

We need a Wikileaks job which exposes countries, companies and the evil people that are getting wealthy at the expense of the misery of untold millions.

Perhaps we should pray for more righteous anger!